Hello guys, Today I am going to show you an impressive Royal Giant Deck made by Yarn from Orange Juice. This deck works extremely well at the current game meta, especially at Arena 7 and after the Fire Spirit balance update. 5thAmigo tested this deck yesterday and successfully rushed to Arena 8 from 2600 trophies. This is awesome!

The secret sauce of this deck is the aggressive play style made by the very low average Elixir cost – only 2.9

. While playing this Royal Giant Deck, you can cycle through cards so quickly and allow your Hog Rider and Royal Giant to circumvent lots of counters easily. The rest of the deck can help you counter almost anything easily. 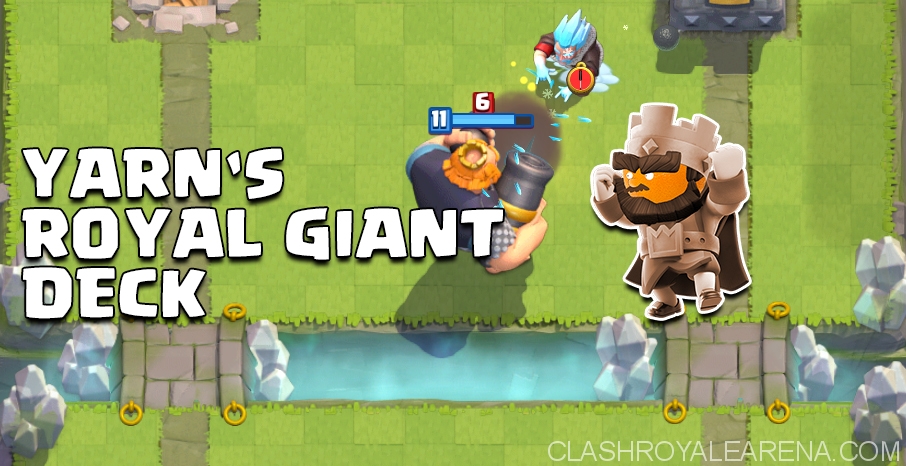 Royal Giant: This is definitely one of the most popular cards at Arena 7 and above. Most decks right now is built based on this guy. Due to his attack range, personally I find it is quite frustrating to deal with this guy every time. He is also pretty tanky. You can use him to soak damage and protect support troops behind on defense.

Hog Rider – Yea, another super popular card. The Hog Rider in this deck is just very versatile. He is  not only the only win condition like in other decks. You can use him to draw the counters easily, to bait out and destroy defensive buildings, or to finish off building when the timing is right.

Fire Spirits is definitely the MVP in this deck. They are capable of destroying almost anything squishy. I usually try to group opponent’s counters by using Hog Rider then use Fire Spirits to take out them all, even Barbarians. This card is extremely useful, hands down. Please take a look at this in-depth guide for more uses of Fire Spirits

Spear Goblins: This is all around utility card as you can put it in all decks in Clash Royale. These guys are super useful at distracting and luring troops. They can be effecively used on offense as well to deal chip damage. You will want to use them to support and protect your Royal Giant.

Skeletons: This is definitely the best card in Clash Royale. Playing aggressively with your Hog Rider and Royal Giant usually leaves you at low Elixir and this card is going to save your butt lots of times. These guys can easily stall your opponents and counter lots of cards in game such as Mini P.E.K.K.A, Prince, Giant Skeleton,… or even Minion Horde, Wizard,… To read more how to use Skeletons effectively, please take a look at here.

Zap: Another all around card in this deck. It’s great for both offense and defense. It’s great in lots of situations. It rocks!

Cannon: This is still the best counter to Hog Rider and Royal Giant in Clash Royale. You will want to learn how to place your Cannon to aggro the Royal Giant but still within the attack range of your Tower. Cannon + Arena Tower is enough to help you deal with any Royal Giant/Hog Rider push. Because the Royal Giant can snipe off your Cannon, try to play it reactively!

How to use this deck

Okay guys thanks a lot for reading this small guide! Hopefully you have found it helpful. I hope you can push to Arena 8 soon with this deck.

Don’t forget to comment If you have any question or advice! 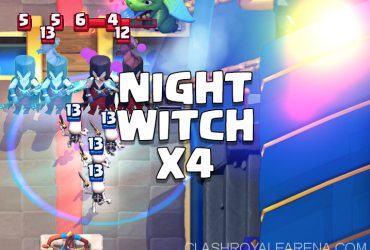 Hey everyone, its me Fizzle AKA Siege FTW with the new meta “Night Witch Mirror Clone” deck. After the recent release of the Night Witch (for those of us lucky … 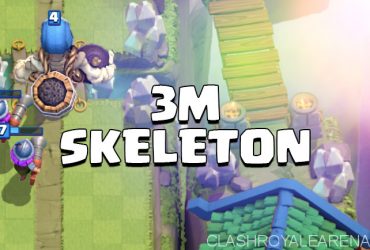 What’s up guys MoonCricket here bringing you a super fun Giant Skeleton Three Musketeers deck that shared by SurgicalGoblin. It involves a couple of cards that you dont see in …