Hi, this is HiPeople MC here with my second guide, X-Bow deck!

This deck does have 4 spell cards, but if used well, can shred your opponent! I was experimenting with decks outside of my comfort zone (no Skarmy or Minion Horde) and I made a F2P NO LEGENDARY Siege deck that actually works!

And yes, I know according to the poll, the least amount of people chose Siege. (I chose Control) So let’s get into it! 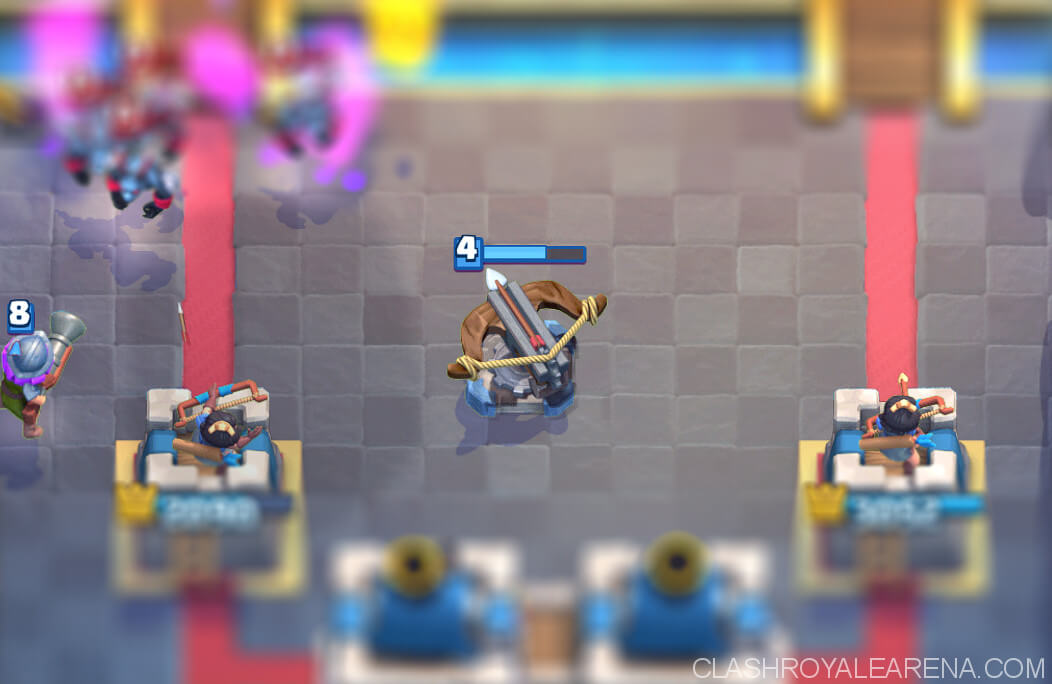 Think you can have an X-Bow deck without an X-Bow? Only if you never play X-Bow!

This card is truly epic if used correctly.

If it locks onto the tower, it can shred it to a few wood planks.

If your opponent(s) can easily counter your X-Bow, you can use another trick up your sleeve of your shirt made of salt (pun intended)!

The night will be a great X-Bow support and will make other units of your opposers see stars during the… KNIGHT!

But to be serious, the Knight can shred most troops to its main blood, the Elixir spent on it.

This card in this deck is not to bait out a spell, but to be the best support for your X-Bow.

For example, if your opponent plays a Skarmy to kill the X-Bow, your Minions will kill a few small skeletons.

Minions also make for a great synergy with your Knight.

The trusty Muskie can kill most air troops while also being a nice Fireball bait.

She can easily take down a Hog Rider or Baby Dragon (Sure, they’ll get some damage done to your tower, but better than almost killing it) and knock out most other ranged troops.

This card is your main resort if your X-Bow can’t toss a single arrow at a Crown Tower.

If used correctly, a few Goblins at a time can give the other King’s daughters a visit to the medieval doctor!

Freeze may have a very low usage rate (2.5% in Arena 11), but the masters of Freeze can give their haters (the opponent) a chill up their spine!

Paired up with Goblin Barrel, Freeze can deal tons of damage to the other Crown Towers!

The Freeze spell is also probably the most level independent card in the game!

Your simple spell and your only card to stun an opponent.

If you don’t have Zap/stun card and you’re trying to kill off a Sparky, maybe you finally realize why this is the most used card in Legendary Arena. Zap is your main swarm killer and a great way to kill any offensive Sparky deck!

If Zap can’t kill a swarm or if your Zap turns out to be still Level 1, and you face people with Level 6 Skarmy (Level 1 Zap doesn’t kill Level 6 Skarmy/Level 11 Skeletons), well, all I got to say to you is… good luck.

If Fireball is your only counter to half the cards your opponent has, you need to learn how to cycle or how to use defensive X-Bow.

Only play an X-Bow if you are matched up with somebody who turns out to like to play Golems in the back at 2:50.

If their tank is going one way, place the X-Bow on the other side to bait out all their would-be support.

If their most expensive card is 5 Elixir, save the X-Bow and do mini but threatening pushes with Knight and Minions.

Keep Zap and Fireball handy with those types of players.

This is the ideal time to X-Bow chip them to death. If that fails, use the unknown synergy of Goblin Barrel and Freeze to “chip” their tower.

If you know they have Arrows, bait it out with Minions.

In case your opponent(s) play 3 Musketeers or anything expensive, and you know they have no swarm cards, Knight and Musketeer will make for a nice Tower Plower.

Just continue on and try to bait out random cards you don’t know they have.

If you can’t kill their tower with X-Bow, try out defensive X-Bow.

Now is the time to either

For example, against Hog Cycle, keep AT LEAST one X-Bow on the board to prevent a Hog sitting on your grave.

Keep watch of all their troops that only target buildings (I see that no-skill level 13 RG coming) and support your X-Bow with 3 Minions.

Remember, X-Bow is your only building.

Another thing to keep watch is that this deck works best as a support deck for 2v2. In 1v1, any good player will shoot down your X-Bow and kill you.

Remember that your opponents also get double Elixir and they can outcycle you.

If they Log the GB, try the trolly corner placement. If they Arrow it, make sure you punish them with X-Bow when they place their tank.

Spell Bait: YOUR ZAP AND FIREBALL ARE YOUR LIFE.

Zap the Gob Gang and Fireball the Princess + Tower.

Use Knight, Musketeer, or Minions to kill anything else.

Use Minions on their Siege unit and Knight in the middle to protect your Crown Tower from the deadly range of the Siege unit.

Make sure is their Siege unit is Mortar, play your Knight on the other side of the arena, but near the middle to bait out the Mortar shells.

Use Muskie or Minions to kill the Siege unit as there is no Siege unit that can target air troops.

X-Bow has lots of HP. Use that to your advantage.

If you have all 4 of your spells in your hand and they play Hog Rider, I recommend to use Freeze.

Freeze does not need a buff, it’s just underused and underrated.

Your best Hog killers are X-Bow and Minions. Knight also has good DPS.

Only use Zap, Fireball, or defensive GB on emergencies.

Whenever they play 3M at the back, X-Bow them to death.

If they play it at the front, Fireball. If they have Heal, Use Zap then Fireball at around the same time.

As long as both the spell damage can kill it, using both at the same time will for sure kill the 3 Musketeers.

If Minions or Knight are not in your cycle, well… good luck not losing a tower. If it’s lone Miner, use Knight. If it’s lone Graveyard, use Knight, Muskie, Minions, or Freeze on horrible emergencies.

Siege may be the least liked archetype, but that says nothing about how well it works. Since it’s least liked, that means it’s the 2nd saltiest strategy (behind RG Ebarbs). Good luck to those F2P players who need a salty deck and not at arena 7 yet! 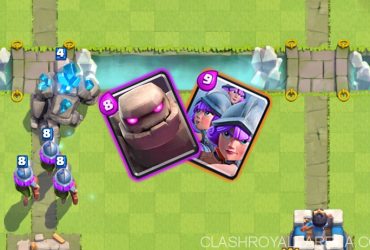 Hello guys, this is my Clash Royale Arena 7 Deck with Golem and 3 Musketeers! Have you ever wanted almost ALL your opponents to bow down to you, begging for … 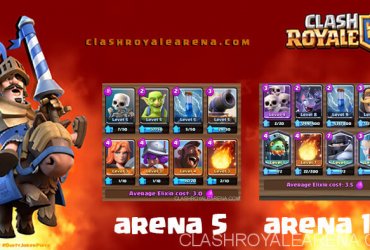 In this post I want to share my deck with you, the one which got me from Arena 5 to Arena 12. his might be strange at first, but if you …