Why the new trade system SEEMS worse, and how YOU can fix it – Clash Royale Arena

So the December update brought a lot of awesome new features, and a few glitches and reworks. This sub has gotten over most of it, but the one thing that people are still complaining about is the new trade system. In a vacuum, it makes sense: trades take twice as many Tokens to complete, and players earn over twice as many Tokens. It also prevents players from maxing a card by clan hopping, and it reduces trade sniping. But trades aren't being completed nearly as much as before. Active clans have dozens of uncompleted trades. I think I've figured out why this problem is happening. And here's the good news: you and your clanmates can fix it.

The explanation I've heard the most on this subreddit is that players don't have the right rarities of Tokens to accept trades. We have twice as many Tokens, but since 3/4 of these Tokens aren't the right rarity to accept a trade, less trades are being completed. In some cases this is true, but only up to a certain point. If a clan has 30+ trades open, then it's almost guaranteed that there are Common trades by at least two players, Rare trades by at least two players, etc. If one of those players were to cancel their trade, then they could accept the other player's trade.

So, why are players offering new trades instead of accepting already-open trades? I believe it's because they are used to the old trade system. In that system, players would ask for a card they want and give away a bad card. This worked because often times a clanmate would accept a trade just to be nice, since it didn't cost them anything except a few cards. In the new system, when a player is offering a trade, they often still offer bad cards because they are used to them being accepted. But when a player is accepting a trade, they won't accept it just to help someone out, because it now costs a Token; they would rather offer their own trade. This leads to a pattern where players constantly offer trades and never accept them.

This also leads to a logical fallacy: Players will still offer trades because it's the same, but they won't accept trades because it costs more. But there's no difference now. Whether you offer a trade or accept it, you pay one Token and get the same amount of cards. There shouldn't be any difference. But there is, because of what people are used to.

Once you forget about the old system and get used to the new system, then offering trades and accepting trades are exactly the same except for one thing: Whoever offers the trade chooses what cards to give and what cards to receive, but whoever accepts the trade doesn't get to choose anything. When a player offers a trade, they know exactly what they want to receive, but unless they offer a card that their clanmates want, the trade won't be accepted. If a player doesn't see a trade that they would want to accept, then they make their own trade. So theoretically, offering a trade and accepting a trade are the same, but in practice it's better to offer a trade.

Let's say you have an Epic Token. (Or "a Epic Token." ^.^) Your clanmate has an Epic Token as well, and he is offering a trade where he is asking for Tornadoes and offering Rage. But you want Baby Dragon instead. Instead of just making your own trade, there are two things you can try:

This wouldn't be a problem at all if the player accepting the trade could choose what cards to receive. This is an idea that was suggested by u/HiggsBoson87, and I'll make a post about it later. For now, just talk with your clanmates to work out trades.

If you're a clan leader or co-leader and your clan is clogged with trades, share these ideas with your clanmates. Here's what you can try:

These are the things that I'm going to try with my clan. Theoretically, no one will make a trade unless it's a trade that a clanmate will accept. If you have any more suggestions, let me know in the comments. With some effort, players should be able to complete trades with their clanmates and eliminate excess trades, and the update won't be a nerf. 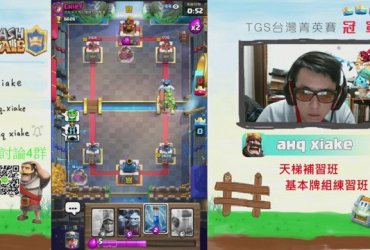 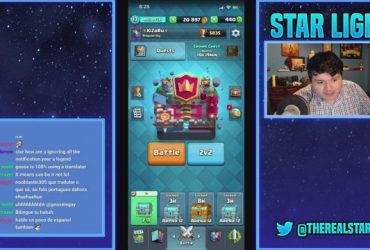