What’s up guys, it’s NebulaNoodle back at it again with a new guide. Today I’m going to be showcasing my favourite card in the whole game (apart from Hog!), the Mortar!

To all those of you who hate the Mortar, I’m sorry but- just had to!

The Mortar has been a dreaded card to many players. Mortar Rocket? Rip 3M Ram. Hog Mortar? Rip RG and EBarbs. It is a very unique card in the game!

Personally, I have been using the Mortar for about 5 months on ladder and like to consider myself a pretty good Hog Mortar player (my specialty!) 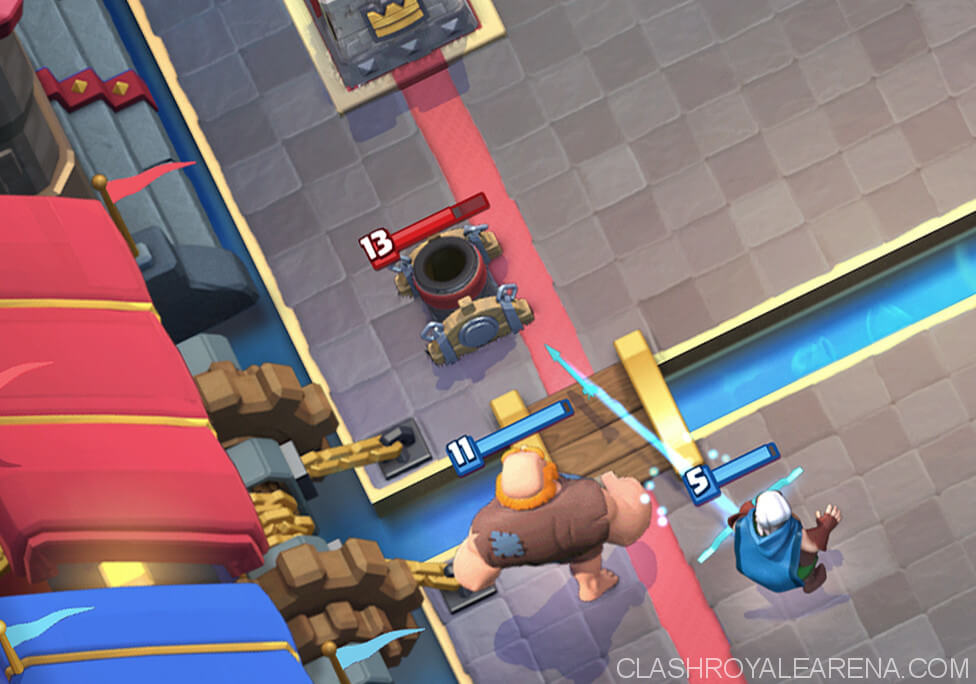 The Mortar is mainly used as a secondary win condition, together with usually Hog or Miner.

In the case of Mortar Rocket decks you would obviously want to pressure hard with the Mortar during single elixir and mainly rocket cycle near the end of the game.

It has pretty high HP and does a fair amount of damage!

Even though the DPS is low, two mortar hits on the opponent’s tower is so vital, as you will be continually cycling Mortars. (Possibly along with Miner or Hog.)

A max Mortar can actually deal about 1700-1800 damage on the opponent’s tower!

Mortar is usually used in a cycle/chip/fast control deck with high pressuring in single elixir, strong defense, and the card also requires a lot of skills!

The great thing is that if you’re playing a hybrid Mortar deck, you don’t need to overlevel it that much (as Lolman demonstrated in his previous guide, he could push trophies at 5k with a lvl 11 mortar!)

The reason is that hopefully you will be trying to block your defensive Mortar from opposing troops and the Mortar can deal insane value splash, no matter the damage, and does very well against Giant Prince decks.

Mortar’s place in the meta:

Mortar is an extremely popular card on ladder and has been, due to most Mortar decks being F2P friendly.

Being extremely annoying, Mortar is a very viable pressuring card on the ladder, has a blind spot ability, long range splash damage, being cheap and tanky and being a common, what more can you ask from a card?!

Many pros use Mortar on the ladder, especially Hog Mortar nowadays, with Ice Golem, due to it being able to counter Double Prince combo very well, and having small annoying bait troops there, like Spear Gobs.

The Mortar is certainly one of my favorite cards. I use it as the secondary win condition together with the Hog as I mentioned earlier.

Mortar isn’t too prevalent in challenges, due to a lvl 9 mortar being underwhelmingly weak. It’s true!

I know lots of people on CRA absolutely despise facing mortar decks…but as the saying goes, if you can’t beat em, join em!

I feel like the Mortar is balanced and shouldn’t be getting any major buffs or nerfs. However, I feel like Mortar shoots too slow, and doesn’t deal with heavy beatdown pushes effectively enough.

Maybe reducing the hit speed by 0.5-0.7 seconds and reducing the damage a little would make the card a little better, and even more viable in ladder!

Do you guys have any nerf/buff ideas about the Mortar? Feel free to discuss in the comment section.

Must read: Mortar Is The Best Card For Free-to-Play Players!!!

As a siege win condition, you will obviously be playing it as with siege decks unless you are solely playing it on defense.

It is a pretty versatile card, and as a common it is easy to request and hence level up.

Can be used in many different situations, including on defense against rush decks, together with a Knight or Ice Golem to distract or whatnot, or as an offensive pusher/pressurrer with Spear Goblins or something like that.

Never over-defend your Mortar, as you will be left with no elixir to defend their counterpush.

Don’t play your two win conditions in the deck together in the same push. I used to make that mistake and found I really needed that Mortar on defense!

Never place your Mortar and let it sit on defense if it has nothing to shoot at. It has a short lifetime (30 secs) and you will find yourself with nothing to deal with that Golem push, and you don’t want to be spamming your troops like a madman trying to cycle to another Mortar!

The Mortar as an opening play is great to bait out counters to the main win condition potentially, to possibly figure out what deck your opponent’s running. For example if you see a Goblin Gang, it’s likely Mortar Bait or Giant Bait, both popular ladder meta choices.

For a 4 elixir common, it is very valuable to many decks, and with a long range is a very, very good defensive card, also dealing splash!

Best counters to the Mortar

Just like the X-Bow, a Golem played on the opposite lane can easily distract your Mortar.

But a well-placed Tornado can actually pull the tank away from the Mortar’s range and the Mortar will lock on the tower!

If you are playing a tank deck against Mortar, it will be hard to keep up with the cycle but if possible, cycle your cheap/swarmy troops to distract for the meantime.

If you distract the Mortar with a Mini Tank as well, you’re golden!

Don’t worry too much if a tank is distracting; don’t overcommit on defense.

You will only be able to do this heavy defensive combo if you spend Elixir wisely!

Get them to make the mistake by giving them awkward plays to deal with!

Shines in single elixir, make counterpushes with the Miner and remaining bait troops from defense. Get chip damage off Spear Gobs, Gang, etc.

Pro play is to send in Miner+Horde push. If they place something to distract the horde, place miner at the back of the tower to allow the Horde to potentially reach the tower, if you’ve baited out their cheap spells before!

Most versions don’t use Rocket, so it is vital to defend well in this deck.

Again, don’t overcommit and never use Miner and Mortar in the same push.

In double elixir, just keep cycling Miners, remembering to switch up placements, while keeping up with their cycle and defending.

Bait our their Hog defenses with Mortar, for example buildings, and punish.

Don’t spam bait troops with Hog, only send in one bait troop with Hog at a time to avoid opponent getting elixir leads. Spear Gobs at the bridge are a great way to bait out Zap.

If running version with no tank and Bats, you have quick cycle but weaker defense, always pressure opposite lane if your opponent drops a Pump or Hound/Golem!

If running version with Ice Golem, your best defensive move is to kite support with Ice Golem to make their win condition easier to deal with.

With lots of cheap troops to kill their bait, it should be perfectly easy to save your Log for the Barrel.

If using Mortar deck with Rocket, get the rocket cycle advantage early!

This is very situational.

Playing against Golem using Mortar Rocket Nado is easier, as you can pull away the Golem so the Mortar goes for the tower instead.

However, if using Hog Mortar or Miner Mortar with no heavy spell, dealing with Golem is a huge pain in the a$$!

Again, if using Mortar bait with no heavy spell, this is tough as they can poison away your cheap troops.

Log the Graveyard, use Knight… just don’t overcommit, it’s better to push opposite lane instead.

Well guys, this is NebulaNoodle signing off. I hope you enjoyed this guide and taught you a little about the Mortar!

I know this isn’t incredibly long and isn’t Ultimate Guide-worthy. I’ve been concise and clear as possible, and had lots of fun making this guide!

What do you guys think of the Mortar?

Drop me a line at matthewseanlee@gmail.com or simply straight from the comments!