After the last Clash Royale update, Mini P.E.K.K.A becomes the most benefited card in game. Our meta in game has shifted to where the Mini P.E.K.K.A is extremely useful against almost any opponent.
If you upset about Hog Rider and Royal Giant deck, you should give Mini P.E.K.K.A a try! He has a great matchup against almost popular decks right now, he also can be slotted into most decks! 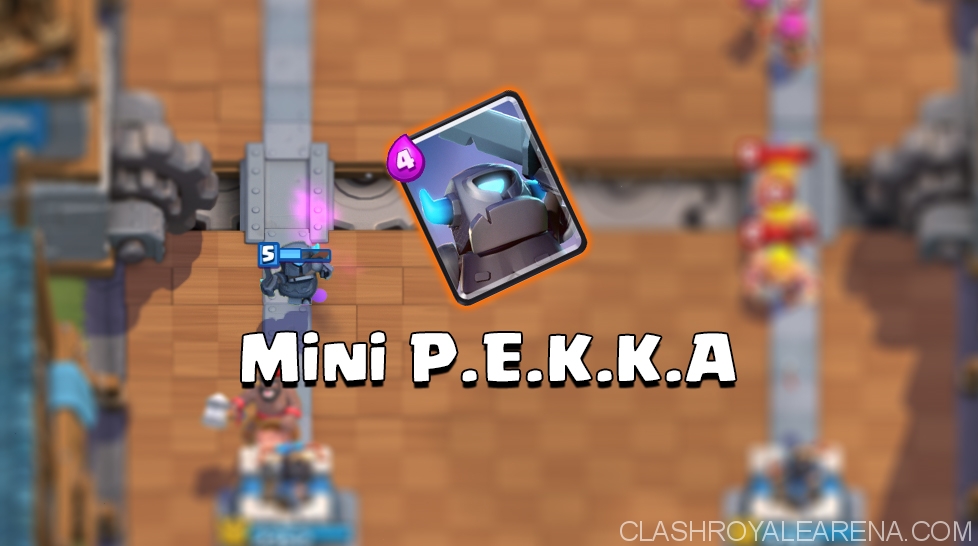 Why you should use Mini P.E.K.K.A

With the help of Zap, Mini P.E.K.K.A can remove the whole Barbarian squad. When coupled with Cannon, it is incredibly against Hog Rider and Royal Giant. Although this is a rare card but I believe that we all have it at a decent level (as it is a Training Camp card). Start requesting it my friends!

On defense, I usually use him in these ways:

After the successful defend, you can easily turn your opponent into the panic mode.

If you are having one of these cards in your deck, you should consider replacing it with the Mini P.E.K.K.A:

Just give this little monster a try my friends! You will love it! For sure!

Shared by The Run Ham.