Why you should use the Lightning Spell | Clash Royale Guides

Hello guys, this is gonna be a quick guide to the Lightning card in Clash Royale. Hands down, Lightning is the most underrated spell in the current meta game. In the last update, Lightning got a huge buff offering the 0.5s stun effect, like the Zap spell. This makes the Lightning Spell excellent at dealing and coupling with Beatdown decks. Also, seems like Three Musketeers and Siege Decks are coming back to the ladders, this is definitely the best time to give this stunning card a chance in your deck!

Lightning can hit up to 3 targets. It always hits the highest HP targets in the radius of 3.5 tiles. All of the targets get stunned for 0.5s.

At Tournament Standard, Lightning does 864 damage each strike (2,592 damage in total)

How to use Lightning on offense

The Lightning Spell ties very well with tankers (Giant, Golem…) as their biggest weaknesses can be nullified when you can use the spell correctly. Some popular troops the Lightning can 1 shot: Ice Wizard, Wizard, Witch, Musketeer, Mega Minion…

Most players like using Poison instead of Lightning because of the cost. But, consider using Lightning If your push can be easily countered by Mega Minion, Inferno Tower.

Here is an example for you

In this situation, Lightning is much better than Poison. If I had used the Poison, the result would have been nothing. Lightning wreck almost any building and glass cannon in this situation.

Another example for ground push


Assuming that there is a Mini P.E.K.K.A and Valkyrie trying to stop my push, I can easily Lightning and cripple them, getting them to the point where my support troops behind can easily kill them one by one.

However, the Poison is still better in some situations of course.

IMO it is actually better to use Lightning on defense. It’s likely designed to deal with glass cannon, Sparky, Princes…

While dealing with tank decks, save your Lightning exclusively for the glass cannons. If your opponent pushes with less than 3 troops, you can hit the tank as well.

I also don’t recommend using Lightning alone to deal with Double Prince, even when it resets their charges, the Princes still survive.

Against Sparky decks, Lightning is excellent. It reset the Sparky and kill all glass cannons coming behind (usually Musketeer, Wizard, Witch…)

Some other tips for you: 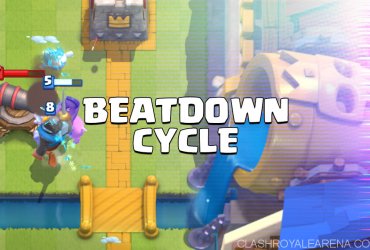 Wassup guys! It’s B-Yatch’CH (aka DabMaster2) back at it again with another deck guide for you guys. Today I’ll be explaining cycle decks or fast beatdown decks. Cycle decks use … 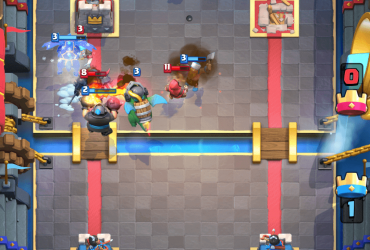 Raged Lava MK Hi guys, I am thijsie and I wanna introduce you to a deck which has a unique combination of cards: Lava Hound and Mega Knight. I made …