Many people condemn Spell Cycling as something that takes “no skill”, however I’d say Spell Cycling is one of the most skilled decks one could use. I will write some reasons why spell cycling takes a lot of skill to use down below. Even Pompeyo, the number one player in the world, said that some of his favorite high skill decks to use include spell/Rocket cycle as well as X-Bow.

It is a legitimate strategy that is hard to pull off, but with the right rotation and plays can be managed easily. 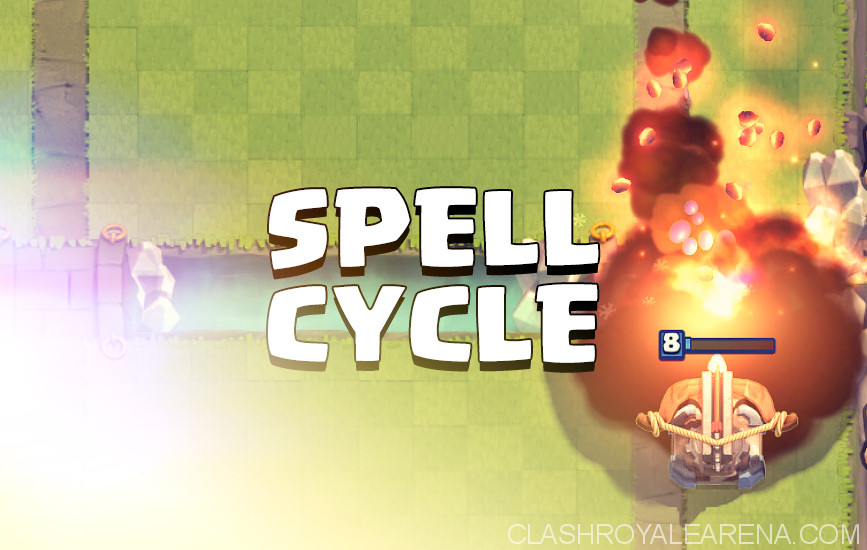 During the double Elixir challenge (it also works in regular grand and classic challenges), I used a Rocket cycle deck to achieve 12 wins.

However, some replacements will cause this deck to work even better. Here is the new and improved deck without Legendaries! This works better ever since new cards came out and control cards are better than ever: Inferno Tower, Elixir Collector, Rocket, Fireball/Mirror, Ice Golem, Archers/Mega Minion, Skeleton Army, Ice Wiz/Log/Ice Spirit/Bowler

Inferno Tower: One of the best defensive buildings in the game. It can shut down Royal Giant, Giant Skeleton, Lava Hound, Giant, or Golem easily for a huge positive Elixir trade. It also acts as a brick wall against Hog Rider. Its biggest fear is Lightning.

Because of this deck’s heavy control nature, Zap will be pretty useless against it, as you an simply place a Skeleton Army or an Ice Spirit to buy you some more time for the Inferno to shred the tank into pieces.

Elixir Collector: The most important card in this game. You can’t Rocket your opponent’s tower for free. The Elixir Collector is the card that generates the Elixir for you to do this.

I would not play this card in the beginning unless your opponent does a passive move like split Archers or Tombstone/Furnace. Remember, for every Elixir Collector you place, you get a positive 2 Elixir trade.

If your opponent Rockets your Pump, you may have to play for the draw, as it is hard to cycle Rockets without an Elixir Collector.

Rocket: One of the main win conditions of this deck. This is great for Elixir Collectors, huge deathball pushes (witch, Musketeer, Wizard clumped together will give you a 8 Elixir positive trade).

I would Rocket anything that is 5 Elixir and above if you could clip the tower as well for instance, a Wizard placed behind the king tower that is making its way to the opponent crown tower. Rocket that. Basically you get 490 damage for just 1 Elixir spent. Totally a good trade. Rocketing a Musketeer is fine, however if they have a cheap cycle deck they may outplay you with their Hog Rider. Rocket Elite Barbarians if you don’t have Skeleton Army in cycle.

The ideal situation is if you can build up a couple Elixir Collectors and thus begin to cycle Rockets and get tons of damage on the opponent tower.

Fireball/Mirror: Fireball and Mirror are actually interchangeable cards in this deck.

Fireball is great as it kills Archers, bombers, minion horde, and can severely damage a trio of Musketeers for a huge positive Elixir trade. It is great for cycling as well. However, this will make the deck quite expensive.

Mirror, on the other hand, is great if you need to Mirror Skeleton Army. That is a huge trick that your opponent can often do nothing about.


If your Rocket was used on the opponent Elixir Collector, and the opponent uses Three Musketeers, then you can simply Mirror the Rocket for a positive two Elixir trade!

Mirroring an Elixir Collector if you have a huge Elixir lead already practically spells GG for the opponent. In tricky Lightning situations, you may have to Mirror your Inferno Tower!

With Mirror there is no end of possibilities.

The Inferno is great against Lava Hound, but you still need something to clean up those Pups. Archers or Mega Minion can both fill this spot in relatively well.

If left alone they chip the tower as well a few hundred HP.

Skeleton Army: Another defensive MVP. These ledoots create so much value.

If you want to Skeleton Army a Bowler, it is advisable to surround it, or first distract with an Ice Golem. Skeleton Armying a Goblin Barrel can get you out of a stick situation as well. Mirrored Skeleton Army is absolutely lethal if your opponent does not run enough spells.

Control Card: Finally, you need a control card to stall for time. For instance, a troop you can place behind your king tower in the beginning of the game.

If you want something cheap, go with Ice Spirit. If you encounter a lot of Hog Riders, go with Bowler. Ice Wizard is one of my personal favorites. Log is great against the zap bait Meta. It is your choice.

First of all, go slow! Don’t start off with a Rocket or Elixir Collector.

Sometimes it pays off to see your opponent’s first move:

This is a game of out thinking your opponent.

You must get a commanding lead in Elixir. That is the whole point of the deck. Whenever you make a positive Elixir trade e.g., Ice Spirit onto a Mega Minion, Ice Golem countering a Musketeer, take the opportunity to trade that Elixir trade for an Elixir Collector. That will generate even more Elixir in the future for you. Always protect your Collectors. They are the key to winning.

Learn your opponent deck and know what to save

Make positive Elixir trades, turn into Elixir Collectors, and Rocket for the win! This is the key of the deck!

Often this will turn into an overtime match. Be patient and wait for the best opportunity to Rocket. Never over commit (e. G., Mirroring Elixir Collectors even though you are at a disadvantage in Elixir, or placing a Collector down right when you reach 6, Rocketing Archers, etc)

Finally, don’t be afraid to play for the draw. Sometimes if the opponent simply keeps Rocketing your Pumps, it may be impossible to win the match. Playing for the draw is easy due to this deck’s hyper defensive nature.

That’s it for this deck. I hope it helps! 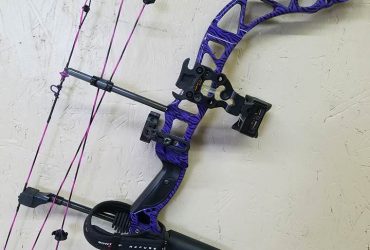