Ultimate Mega Knight Control Deck-Smashing Your Way With The Power Of 1,000 Mustaches! 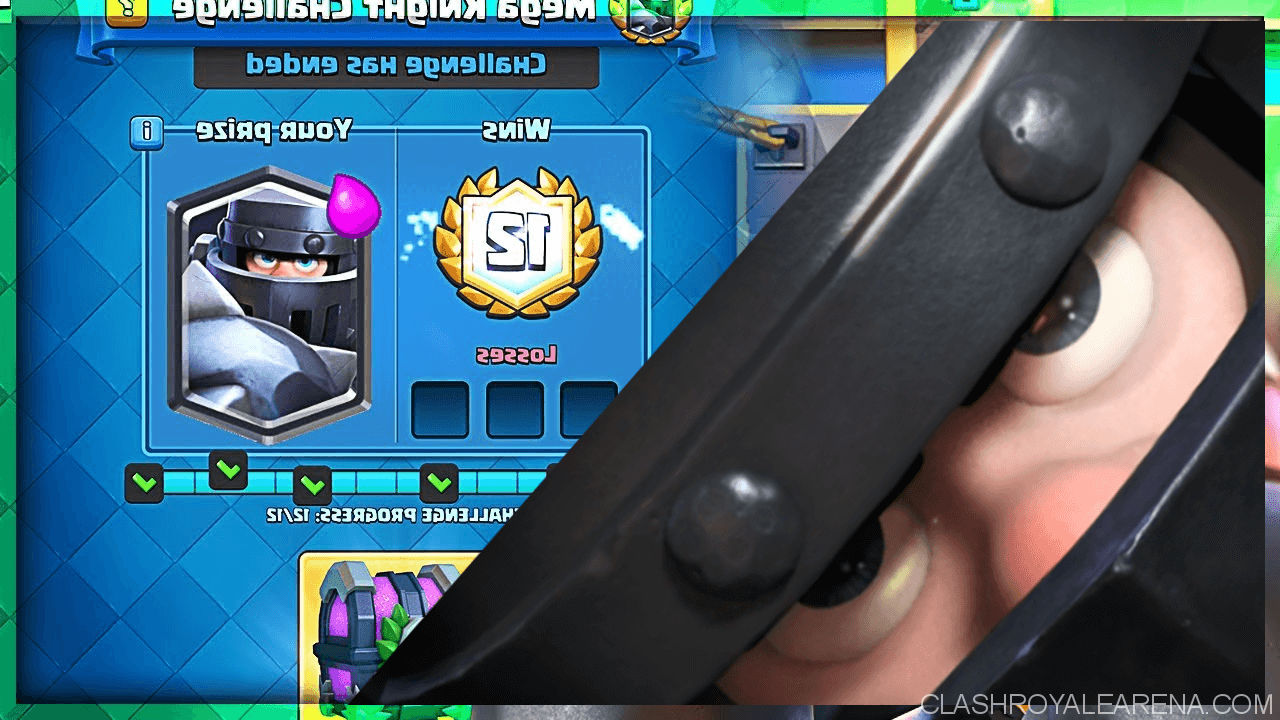 Hi, my name is the CrazyRandomNerd and this is the amazing mega knight control deck. This deck has allowed me to get into hog mountain as well as smashing my way into victory(that pun was so bad someone shoot me).

What I’m about to show you is a great deck that does well against many decks that I’ve seen. This deck is designed to defend and counter push heavily.

Most important thing, this card is not your main win condition! Yes! People you heard that right! Don’t use him to full-on attack! You can use other cards.

This card is just like a Pekka, huge counter push potential, but your main defence card. Save this card as it costs a lot of elixir and best saved to kill off the support troops or three Musketeers. Paired with many cards such as the bandit, this card can be very annoying to deal with.

To me, just one jump on the tower is enough, as you can often go to overtime.

If you’re lucky enough to get a royal ghost, use him! I personally have no experience, so I can’t help you.

A bandit will be used to support your other cards on offence. This card, other than the mega knight, could easily be your main win condition as you can gain back 3 elixir far faster than 7.

The dash ability is infinitely useful due to its invincibility. So even if it has 1 health left, it can still get off that invaluable charge allowing you to steal that 320 damage. This card can counter princess and miner as well as any of the three wizards. This card will most often be used to kill any cards that are trying to stop your mega knight.

The holy combo. The yin and yang. Adam and Eve. Miner and poison. What can I freaking say! This is the best combo in the entire game!

The poison guards the miner and any other cards such as princess, minions, goblins, and skeletons. The miner tanks for your bandit and kills elixir pumps. This combo accounts for almost 40% of my damage!

Also don’t be afraid to use either on defence if it will be worthwhile.

Should I even explain this! This card has the highest usage rate of any card in the game! And for a good reason.

This spell can kill small troops and reset infernos. It can get great value and the fact it can reset makes it far more valuable than a log or arrows. And if you are fighting against zap bait, don’t worry you have the big daddy…

Ok, I may be overexcited, but this card is awesome. The cards spawn stun is what makes this so good. Goblin gang? E-wiz. Bats? E-wiz. Everything? Goddamn E-Wiz!

It can also stun infernos, a big plus when using mega knight. Paired with miner, it can do an insane amount of damage, sort of like an undefended knight.

Bats can be used to kill small troops as well as tanks. The bats are also very useful in the way th277it can bai330ut spells as it forces the player to address it or the tower will take massive damage when paired with a miner. You could use minions or mega minion for more spell immunity, but the bats are better in my opinion due to its higher dps and the fact it can be used to distract infernos when placed at the river. Speaking of infernos…

The best tank killer in the game. I’m going to fight against anyone who disagrees. It can charge up to wreck any card in the game. It, however, is weak to zap which is why bats are so useful in baiting it out. Or the other way around.

Defend if possible. You can attack with something cheap such as a bandit with miner.

Get to know their deck, and judge how to use counter and battle against that deck. If its hog, save your mega knight and counter push. If they have inferno dragon, save your E-wiz and so on.

If they have an elixir pump deck make sure to poison or miner and make sure to not let them build up a huge push, especially if they are playing a golem beatdown. You can’t let them get a large elixir advantage. If they do, your opponents will wreck you.

Try to get some chip in. my main strategy for this kind of deck is to get one tower and defend like hell. Often i will defend whatever they have or pressure them into defending with no way to build up a decent push.

With double elixir, this is your chance. Try to get the tower and defend. That is all you need to win. Just one tower. No need for a 3 or even 2 crown. Just one.

Use your miner poison to your full advantage. No matter what they do, this is guaranteed at least 300 damage.