Today, I’m gonna be guiding you about a deck. It’s really solid, especially on the ladder. It helped me a lot in pushing trophies from 4200 up to 5100. Let’s start.

This deck is especially for the free-to-play players. There are no legendary cards in the deck. I think the most powerful card in this deck is hog rider for offense and Tesla for the defense. IN the brief:

1.Hog rider: It is an excellent card for the offensive purpose(no need to explain).

2. Skeleton Army: Just for high distraction but it’s good troop in both defense and pressuring the opponent too.

3. Tesla: NO need to tell about the buildings. For a cheap value of 4 elixir, its an excellent counter for the big offensive pushes.

4.Elite Barbarians: The card that can be used for counter-pushing. They can take out heavy tanks too.

5. Baby Dragon: It’s a versatile card, as it can stop many of the strong pushes if accompanied by other spells or other troops. It’s expert in taking out grouped or swarm troops such as minion horde, skarmy, barbarians and goblin gangs.

6. Archers: Those two little girls can prove themselves of being very strong coz of this deck. They can stop any pushes. Hence, I think they’re key to the win.

7. Fireball: They can stop the powerful units such as barbarians, minion horde, rascals, and wizard for one less elixir.

8. Zap: Don’t need any explanation. The cheapest card in the deck and easiest to use.

Strategies to use during the match

3:00-1: 00:- This is the time where you need to play steadily and calmly. What you should do, is continuously cycle the main card, hog rider. Archers can be split time and again. You can also use Elite Barbs in defense depending upon the situation for stopping strong units. Splitting them is also not a bad idea. Be sure to use Tesla on defense.

1:00-0: 00:- This time can be helpful in pressurizing your opponent by continuously pushing with elite barbs and hog rider. But be careful, do not over commit on offense only. This is the most sensitive stage to make you win the match.

Sudden Death:- The sudden death can make you either hero or potato level player, according to your performance in the match. The main key of this deck is to cycle two main cards elite barbarians and hog rider for pressurizing the opponent. Therefore, perform well in this stage to win.

Nowadays, you can face up against various popular decks. So, I’ll give you tips for playing up against some good decks in current meta that I’ve faced a lot:

Bridge Spam:- Main cards such as bandit can be countered by skeleton army. Use the Tesla to counter the Battle Ram. The not much tough matchup should be there.

Now, there are many synergies in this deck that you can use to pressurize the opponent. My personal favorite are the follows:

These were my favorite synergies. Now, Which of the cards can you replace with others. Lets See:

Cards that can be replaced

This is it, guys. I think this is one of the new and strong decks that can help a free-to-play player to compete with pro guys and to get to the top leaderboards. Helped me a lot in getting about 700-800 trophies in just two months as a free-to-play player. Enjoy Guys!!! 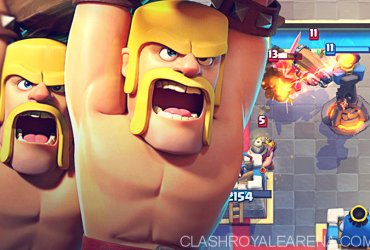 What’s up guys! Corrosive Logic here with another Deck guide! Today I am featuring a Miner control Deck, with the Battle Ram and the Poison. Battle Ram Miner Control Deck … 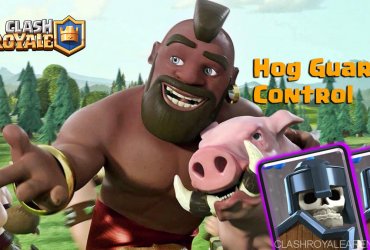 Greetings and Quick Answers: What is your name? Daxmvarg (dacks-em-varg) What Arena? Mid-tier Hog Mountain currently, but I could higher (3450-3600) When did you start playing? 2 months after Clash …