Hey guys it’s RYAN here back again to bring you a new Mortar cycle deck. Maybe not new, but a better version of my old deck. This time with just Commons and Rares. Yes that’s right, no Epics and no legendaries. This way you can level up your cards faster. It’s fairly good in the current meta. 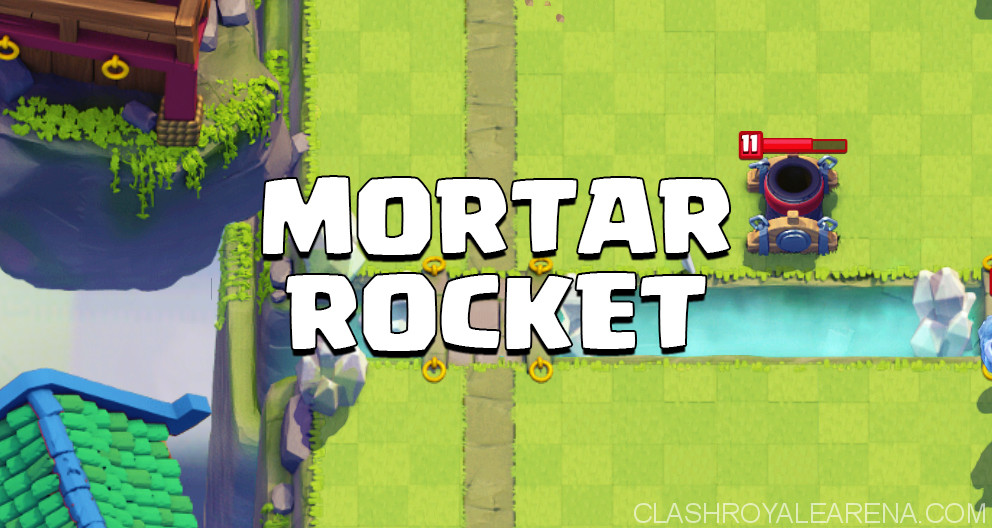 Mortar: Of course, a Mortar deck’s gotta have a Mortar. It’s your main damage dealer. Your primary win condition. I’ve talked about Mortar placement on my last guide but if you haven’t seen it, place your Mortar 1 tile behind the bridge and 1 tile to the left/right according to the lane your pushing. This ensures that you can place your troops in front to defend your Mortar. Usually if you have Mortar in your starting hand you want to play it right away unless they place a Collector or if they attack you with a Hog or other cards. What I usually do is play supporting units in the back before I set up my Mortar. I do this because while I’m. Waiting for the my troops to move in front of the arena tower, my Elixir bar refills again and I have enough Elixir to play my Mortar and still have enough Elixir to defend it. The Mortar is not limited to just offense, it’s good on defense too if your Inferno Tower is out of rotation. It can take out supporting units behind a tank and it can tank probably 3 or 4 hits from a Hog Rider, which should buy you enough time to take it out.

Rocket: Your secondary win condition. Use the Rocket to take down weakened towers, destroy Collectors, denying them completely for an positive Elixir trade(6 for 6 plus 493 damage to the opponents tower plus denying the Collector completely, wasting 6 of your opponents Elixir), take out troops behind towers, especially my favorite troop to Rocket, the 3 musketeers, and to shut down huge pushes. Generally the higher the level of the Rocket the better it is, because the damage is higher, that’s great for clutch wins. U can still use it if it’s level 6, just upgrade it ASAP when possible to tournament standards. You. Can switch it with the fireball if you want, it doesn’t matter, but with the fireball you can take out barbs attacking your Mortar quicker, but I prefer the Rocket because of it’s high damage. More detailed info about Rocket here(https://clashroyalearena.com//tips/use-rocket)

Ice Spirit: One of the best cards in the game. Very good to cycle your deck, help defend your Mortar, freeze enemy troops, etc. There are just so many ways to use the Ice Spirit. You want this card to be at tournament standards AS SOON AS POSSIBLE! a level 8 will still do, but it’ll be much weaker. It will be one shotted plenty of times. In tournament and challenge games, you can place the Ice Spirit at the bridge to charge at the tower if you want to cycle your deck if your Mortar is no where to be seen in your starting hand. You can deal chip damage too to the tower. Usually players won’t bother defending against a line Ice Spirit. usually when I want to support my Mortar with Ice Spirit, I place the Ice Spirit down on the corner of the corner of the lane I’m pushing and then place down my Mortar after the Elixir bar reaches 10 again. This way, if your opponent react quickly it will be frozen immediately, buying you time to assess it with other cards. Probably I don’t have to talk much about the Ice Spirit because almost everybody is using it. The downside is that it’s found in arena 8, You can switch it with Fire Spirits if you are under arena 8. Fire Spirits will do,the only downside is that it doesn’t have the freeze effect.

Ice Golem: One of my favorite card in the game. Probably my no. 1 card in the game along with Ice Spirit and Mega Minion. It has 1100 hp for only 2 Elixir! It just have a lot of uses for both offense and defense. In offense, U can use it in front of Hogs to tank for it, or support pushes. In defense, you can kite units better than every other card in the game. I recommend you watching orange juice’s video about kiting units if you don’t know how to kite. U can also use it to tank Lavapups. Just drop it as late as possible so that all Lavapups target it. In this deck, you mainly use the Ice Golem to defend your Mortar and to buy you time to think of a counter to your opponent’s card.
If you don’t have this card, you can switch it with the Knight. Its relatively the same. The advantages of the Knight is that it can damage units and have More hp than the Ice Golem. I prefer the Ice Golem because of it’s low cost and the slow down effect after it dies. Comboed with zap, it could kill minion hordes for a positive Elixir trade. To support your Mortar with your Ice Golem, place down your Golem directly in front of the arena tower in the lane your pushing and the place down your Mortar after the bar reaches 9.this should buy you time.
Related topic: Ice Golem Advanced Tactics

Mega Minion: The newest edition to the deck. I didn’t use it on my old deck because it’s level 4. Turns out now, I still use it even when it’s level 4. It still process insane value for 3 Elixir. It can shut down a lot of cards. I use this card because I was struggling against Lava decks before. Even though I mine is a level 4, it can still destroy the Lavahound and tank some shots from the pups. OK back to the topic. Defending your Mortar. Usually I place the Mega Minion as a second line of defence against enemy troops. I let my Ice Golem/Ice Spirit/Skeletons tank a dew shots from enemy troops, and the place down the Mega Minion to kill what ever is coming to my Mortar. A very good card that can be found in arena 7, you should level it up to tournament standards soon. A level 6 Mega Minion is a minimum.
Related topic: Ultimate Guide to Mega Minion

Skeletons: a cheap one Elixir card to cycle your deck, defend your Mortar and to damage enemy troops. Plenty of uses for only one Elixir. Usually I use it to counter cheap troops damaged Hogs/Giants. To kill splash units like wizard and witch, you have to surround it. This does not work for the Baby Dragon, the Valkirie and the Bomber. I also like using it to take down Princesses at the bridge. It does not have much utility when using it to defend your Mortar except as a distraction to buy time. You can switch it with Goblins if you want. Goblins are faster and deal more damage for +1 Elixir. But I prefer Skeletons just because of its low cost.

Zap: the best spell in the game. For 2 Elixir it can finish off skellies, Goblins, Fire Spirits and weakened Minions, it can reset buildings, Sparky’s charges, limitless possibilities. Not much to talk about because it’s the most popular card in the game and I’m sure everybody that has it have used it.

Inferno Tower: the center of defense in this deck. This card is a beast in melting tanks. Even after the nerf it’s still good. The only downside is nowadays Lightning is used a lot. But you can bait out Lightning with your Mortar. It’s probably a 20% chance your opponent will Lightning your Mortar. To defend against Giant Golem and Hog, do a 4-3 plant. But usually if my opponents have support units behimf the Giant or Golem I will do a 4-2 plant just to avoid additional damages to my tower. U can also do the 4-2 plant for the royal Giant. Do a 4-1 plant for Lavahounds. Just play with the Inferno Tower and you will remember the exact placements to counter the exact cards.

Plan A: To cycle to your Mortar and destroy the tower with the Mortar. This is a less riskier plan. This way you can avoid using the Rocket and save it in case your opponent pushes hard. Although this is less riskier it is also harder to do because the more you play Mortar the better your opponent is at countering it, unless you’re cycling at insane speeds.

Plan B: if your Mortar is countered every time or your opponent keeps pushing and you don’t have time to set up your Mortar. Rocket down the tower. Usually after plan 1 is ruined, the tower will be left with approximately 700 hp. 2 Rockets will do the job so you just have to defend.

Just some tips. Counter small pushes with cheap units for a positive Elixir trade and use those for a counter push. A cheap deck which could win a lot of battles. You can switch out some of the cards with legends or stuff, but if I have to pick 4 cards to play with it would be Mortar, Ice Spirit, Ice Golem and Mega Minion. This deck works relatively well against beat down decks if played correctly. With a Mortar cycle deck you could get a 2 crown battle. Although it’s rare but it happens some times. Wish you all good luck with this deck!  Peace out! 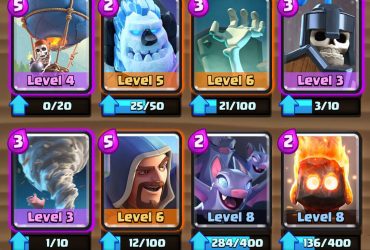 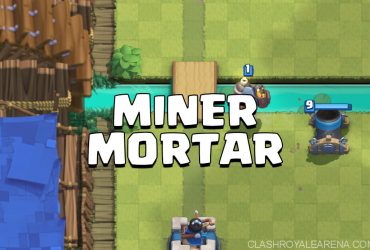 Hello everybody! It’s your main man Supermarine here again with the 5th addition to Hybrid Horrors! Before we get started, I have some sad news: The deck after this one …