My nickname is Unstoppable and today I am sharing my new Deck which gained me 300 trophies in one day to land me in Legendary Arena post update. Previously I had been using the P.E.K.K.A Double Prince Beatdown Deck which got me to between 2600-2700 trophies, however I just could not pass the threshold of 2800 no matter how hard I tried. I am a very low level 9 player and after the update I had to stop using P.E.K.K.A Double Prince due to Elixir nerf. Thus, I resorted to a chip cycle Deck. This Deck relies heavily on defense to win the game, in fact the only real damage dealing card in this Deck is Goblin Barrel. This Deck does contain 3 Legendaries, however all of them are easily replaceable with other cards. I also mentioned the levels of my cards below. 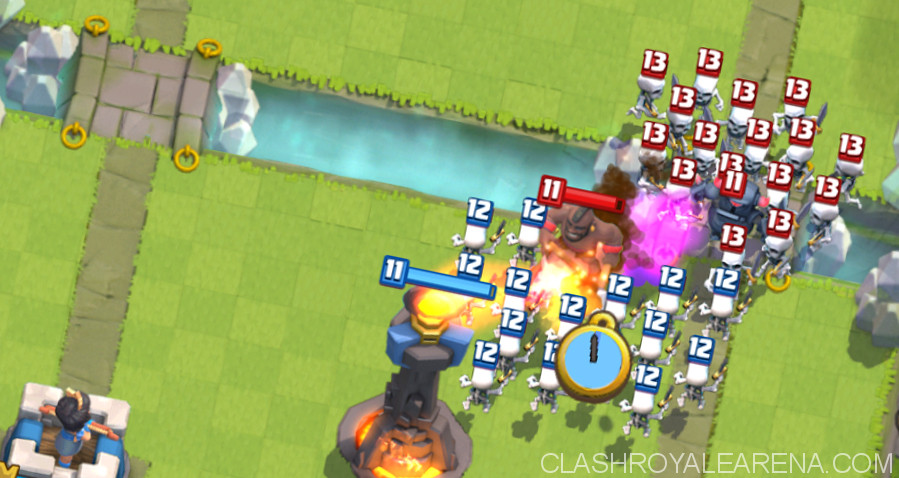 Spell Bait Goblin Cycle Deck Which Got Me To Arena 9

Goblin Barrel (lvl 3): These guys do some real damage. With every stab each the Goblin Barrel does around 300 damage and will take the tower out quick if not dealt with. After about 3-4 launches the opponent tower will be seriously injured if not taken out.

Skeleton Army(lvl 3): The defensive winner of the Deck. It can take out a Hog Rider with a Musketeer behind it for a huge Elixir advantage. It also easily baits Zap so you can send your Goblin Barrel out with ease.

Princess (lvl 1)(Replaceable with Archers or Spear Goblins) Princess is a great card for a guaranteed 140 damage to the opponent’s crown tower. She also shreds Minion Horde, Minions, and Spear Goblins by herself. I do not recommend replacing her since she is great for chip damage and cycling in general. I usually start with her way in the back.

Ice Wizard (lvl 1)(Replaceable with Freeze): Hands down the best defensive card in the game. Easily slows down huge pushes and slows down units by 35% DPS. It can solo a mini P.E.K.K.A or Valkyrie rushing down the lane by himself. If you don’t have him, its fine since this Deck also uses the Ice Spirit.

Ice Spirit (lvl 8)(Use The Log if you have it.): A card that is overpowered and will be nerfed soon. A 1 Elixir walking freeze, how cool is that? It is best used on defense or for cycling

Zap (lvl 9): the best spell card in the game. One shots fire spirits, Spear Goblins, Goblins, and cripples Minions or Minion Horde. Takes out Skeleton Army as well. A versatile spell card you need in your Deck.

Last but not least, The Mirror (lvl 4)(Use Miner if you have it). Most of you guys are probably scratching your head wondering why this card is chosen. This is simply the card that allows so much versatility with your Deck. Often the opponent baits your Zap out, and sends a Minion Horde down the lane. Mirrroring your Zap will kill those Minions. If you’re almost out of time, mirror your Goblin Barrel for an insane amount of damage to the opponent tower. Mirroring a Princess isn’t a bad idea as well.

As earlier mentioned, this Deck relies on defense. In the beginning of the game, examine your starting hand. If you have Princess, place her slowly behind your tower for the. The opponent response. If he arrows her, try sending a Goblin Barrel to scout more of his cards. Keep defending in the back with Inferno Tower and Ice Spirit, along with Ice Wizard and. Use the occasional Skeleton Army. The early 1 minute is all about scouting opponent cards. If he uses an Elixir, you must attempt taking it out with Goblin Barrel, or rush the opponent with a Skeleton Army along with Goblin Barrel. In the midgame, once you are relatively certain about the opponent’s splash inducing cards and general gameplay, start baiting his Zap with Skeleton Army. Once you bait his cards send your Goblin Barrel out, even mirroring if you have to. Since this Deck is so easy to cycle, with an average Elixir cost of 2.7, it will be easy to get to your Goblin Barrel before he receives his Zap. Almost all my wins are 1 crowns, because after the King’s Tower is awakened, Goblin Barrel is killed twice as fast by the crown tower alone.

Sometimes you meet an opponent who has every possible card to counter your Goblin Barrel. Maybe he has Zap, The Log, Valkyrie, everything that counters Goblin Barrel. For these opponents it is better to just play for the draw. I’ve found that in most games, this Deck’s hyper defensive nature will almost always be able to force a draw. About 25% of my games are draws, and around 40% of my games go into overtime. Good luck to everyone who is struggling to get to Legendary arena! If you have any questions or want tips feel free to shoot me an email me at josephshen0430@gmail.com.

Thanks for reading and good luck! 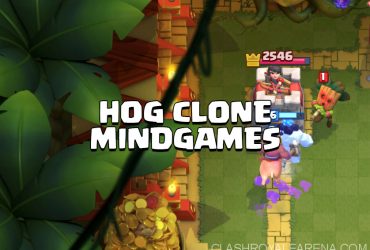 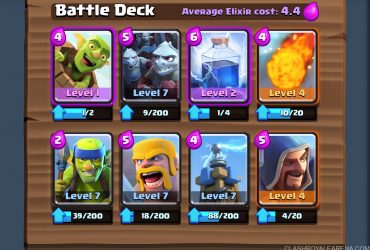