Hello everyone! It’s Desertanu here with another deck to share.

For many seasons I have challenged myself to reach the master league using a spawner deck without any other win condition. At long last I have succeeded!

This powerful deck has allowed me to consistently beat opponents with much higher card levels and achieve my goal. 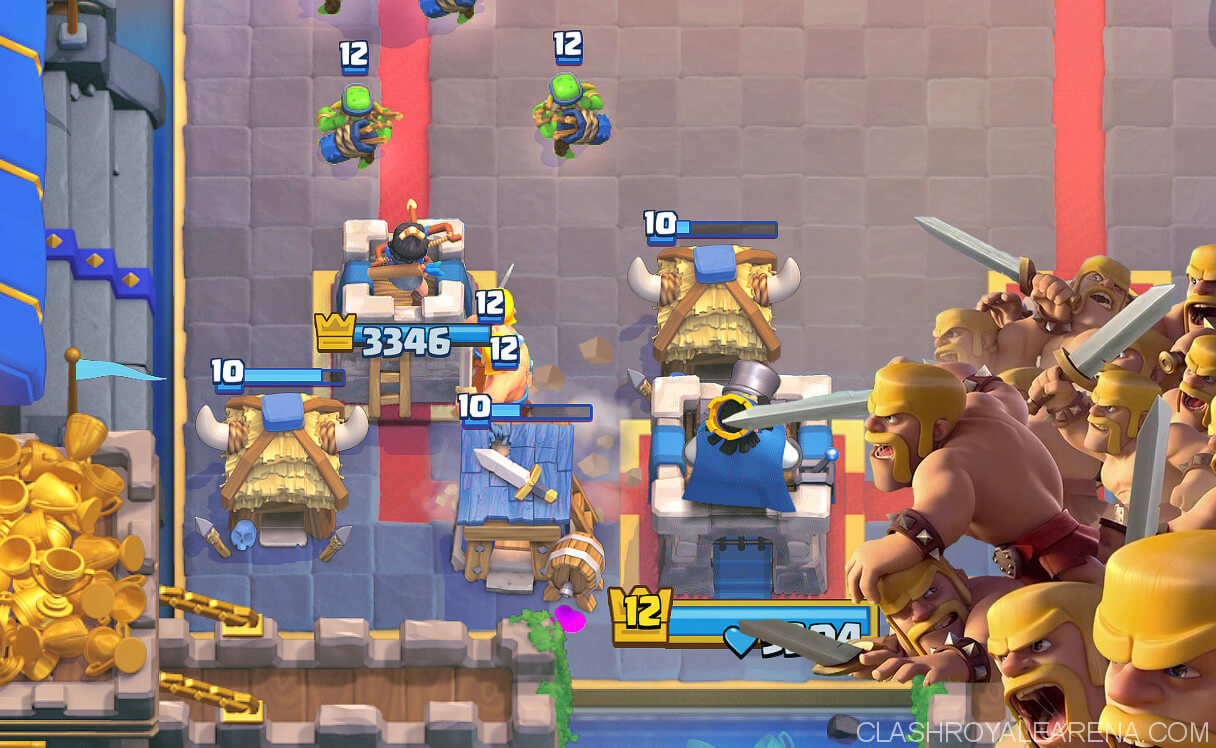 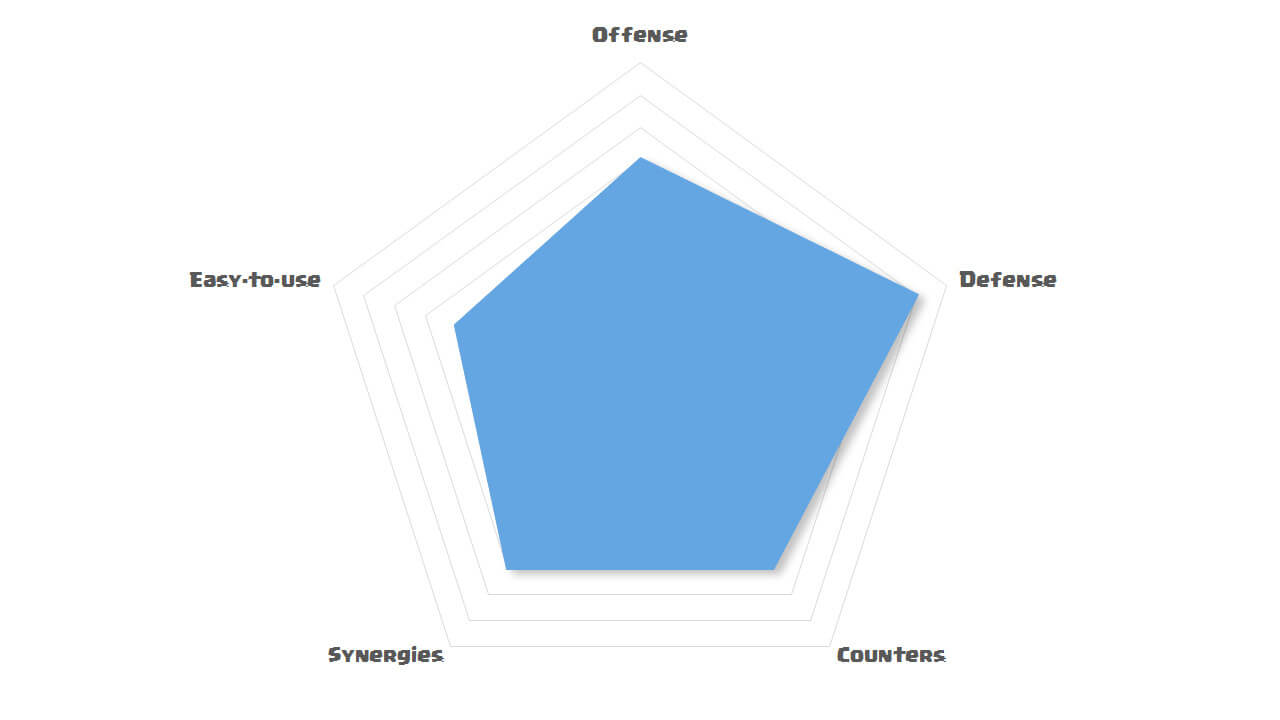 This deck aims to constantly pressure the opponent using the Barbarian Hut and Goblin Hut to chip away at the tower while punishing them for using spells.

It utilizes many cheap and efficient cards to draw spells from the opponent, defend effectively, and provide a punishing offense.

This card functions as the deck’s win condition alongside the Goblin Hut to swarm and overwhelm the opponent.

It constantly applies pressure and forces a response from the opponent.

The spawned Barbarians also serve as a formidable defense against building targeting units like Hog Rider, Giant, and Golem.

Due to the Barbarian Hut’s high elixir cost, it’s often best to place it after reaching 10 elixir or when the opponent is low on elixir.

Goblin Hut provides a constant flow of air targeting, ranged troops that chip away at the opponent’s Tower.

The spawned troops from the Goblin Hut are great at drawing out spells from the opponent.

They can also render support troops like Musketeer, Electro Wizard, and Wizard vulnerable to spells.

For the low cost of three Elixir, this champion provides amazing value.

He can be used to kill support troops, defend against threats like Elite Barbarians and Goblin Gang, and tank for troops while pushing.

This deadly assassin strikes fear in the heart of enemies by destroying troops and buildings alike.

Dart Goblin’s long range allows him to safely snipe opposing troops and buildings under the cover of the swarm.

On offense, Dart Goblin is great at eliminating small troops like Bats, Skeletons, and Minions.

Given enough time and protection, this card can even kill support troops like Musketeer, Executioner, and Bowler.

When using the Dart Goblin, it is important to take advantage of his long range by placing him in areas that limit the opponent’s ability to make positive Elixir trades through spells like The Log and Fireball.

When the opponent isn’t worrying about the spawned troops or Dart Goblin they will worry about this card.

With high damage output, slight spell resistance, air targeting, and amazing distraction value for only three Elixir, it is no wonder that Goblin Gang is considered to be one of the most powerful swarm cards in the game.

Goblin Gang is great for punishing the opponent when they are low on Elixir or just used a valuable spell like Log or Zap.

Mega Minion is a cheap and durable air targeting unit. Its strength and durability make it a reliable defensive card even when at a level disadvantage.

Even at level 9, this bulky beast can survive a max level Fireball.

Fireball is used to eliminate support troops and grouped units.

It’s also useful for chipping away at crown towers with low health.

The Log is usually reserved for the Princess to prevent her from constantly obtaining value against the spawned troops.

It is also great for killing swarm troops or giving troops a bit more time to deal damage. 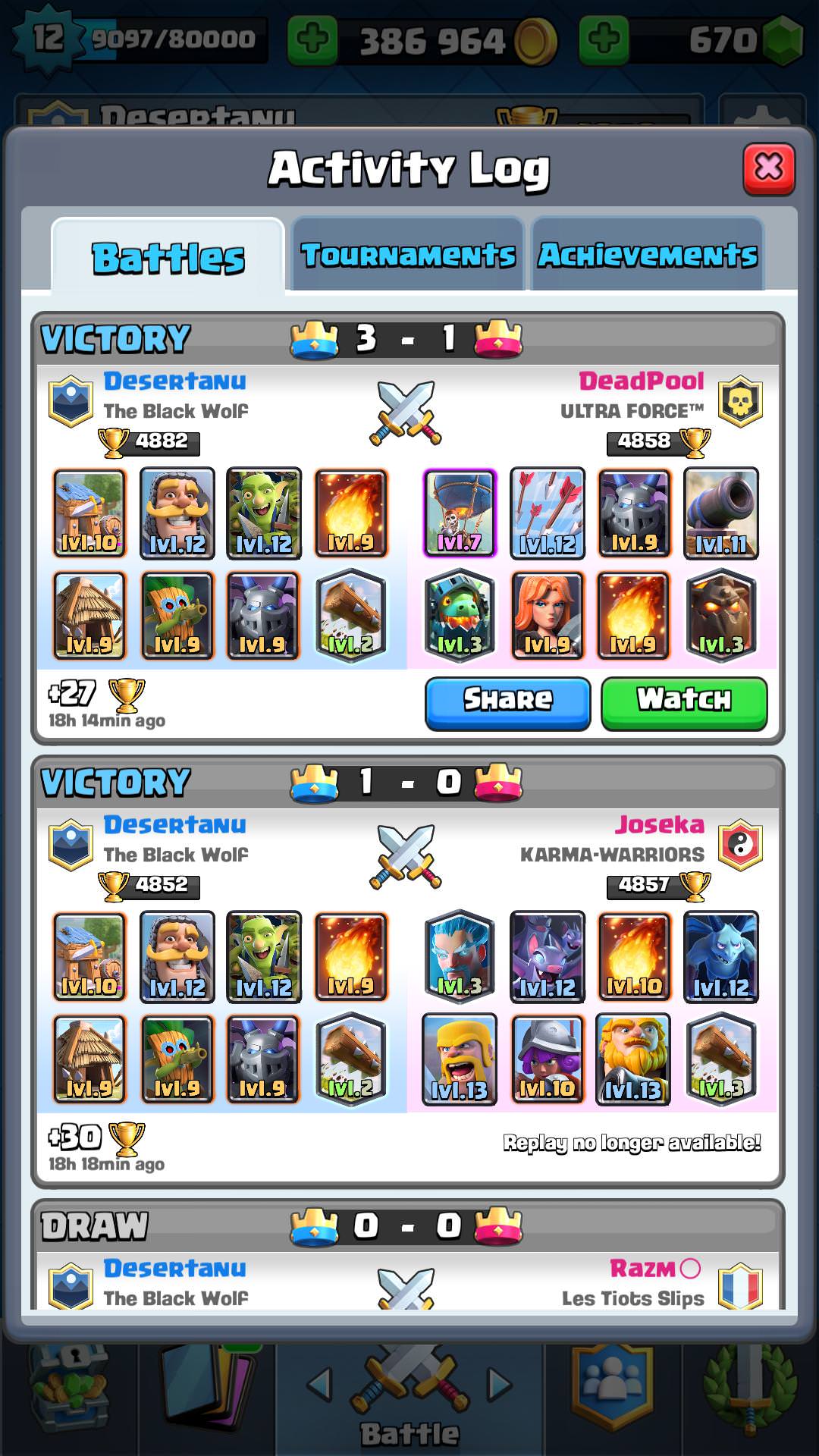 This is how I position the spawner buildings in different matchups:

The Barbarian Hut is usually centered three tiles above the king Tower facing the lane you wish to pressure.

Goblin Hut is placed behind the crown Tower of the lane that the player wishes to apply pressure to.

If the opponent is using Rocket in conjunction with a large tank like Golem try to place the Goblin Hut when you have a threatening push built up so they can’t Rocket it immediately.

Against Hog Riders and Battle Rams, the Barbarian Hut is centered four tiles above the king Tower to prevent the opponent from bypassing the building and dealing massive damage to one of your crown towers.

The Barbarian Hut is placed in the middle two tiles above the king Tower.

This position prevents the Royal Giant from being able to target it from across the river. Once again, the Goblin Hut retains standard position.

Goblin Hut is placed three tiles above the king Tower in the center. The Barbarian Hut is placed behind the crown Tower in order to heavily reduce the damage dealt by the Skeletons.

That’s the guide! Thanks for reading. If you have any feedback, be sure to post it in the comments. 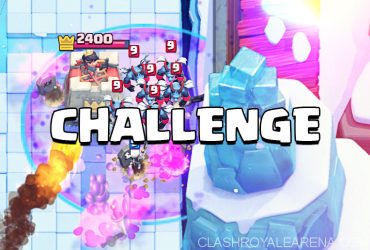 Hey guys I’m ApocD21 from Clashicide. Other tier lists have been floating around but I have done different opinions. This tier list is my opinion for when the playing field … 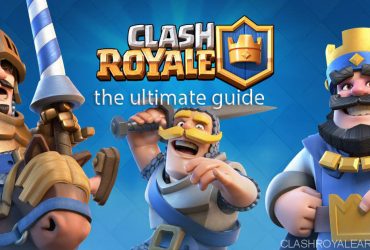 Hey, guys, this is Sidd back again with a guide on one of my favorite cards: The Miner. In this guide. I will show you how to use this card, …