Hey guys, it’s RohanReigns back at it again after a long time with another guide for you all, this time sharing an amazing X-Bow deck that I use to rock with in challenges and tournaments but you may want to use it in ladder too if you wish.

So let’s get into it! 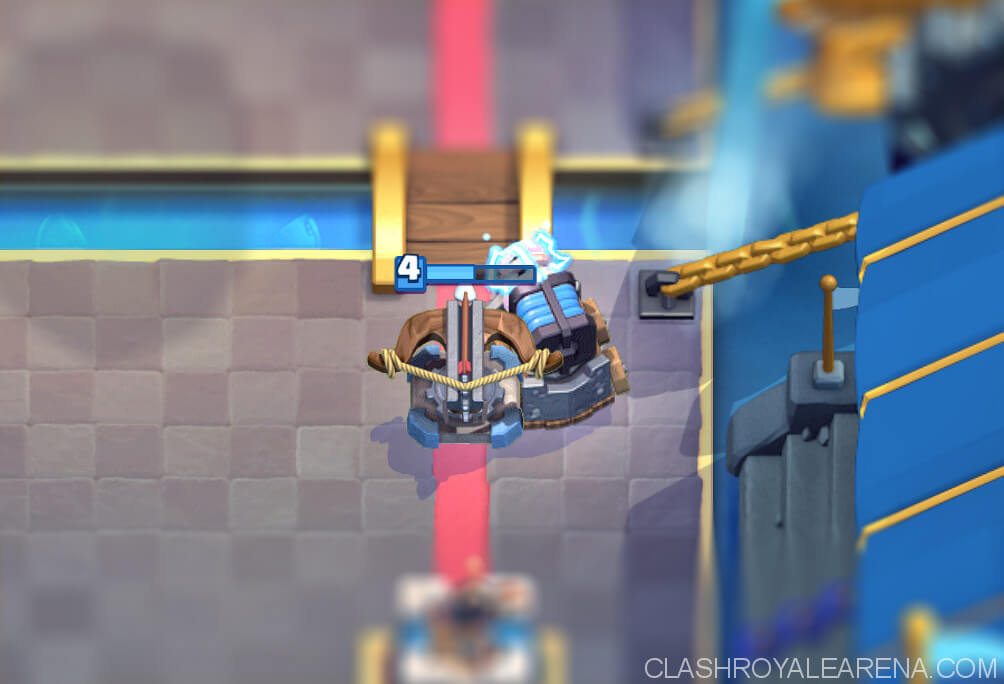 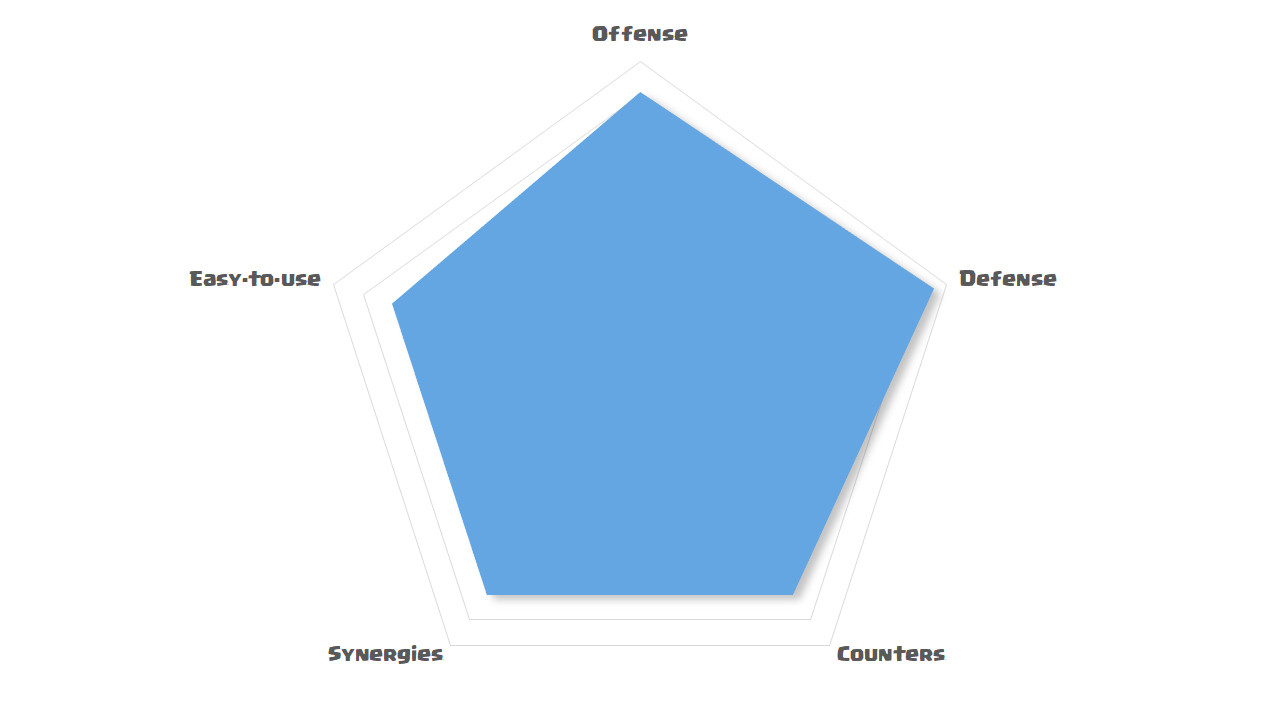 X-Bow is a really annoying card to face against.

As a siege deck, your objective while playing it will be to have a stern defense and making a successful counterpush with X-bow. Don’t recklessly drop down this card since it costs a hefty 6 elixir.

I recommend playing this card in the following scenarios:

X-Bow comes handy in defensive situation too. Place it in the middle of your crown towers to snipe away their troops.

This allows you to form constant elixir advantages and thus you can spell-cycle your opponent. Easy as that!

The fact that Archers are resistant to light spell makes them a better option in siege decks. Your opponent has to overcommit in order to get rid of them.

Also, splitting them at the back is always a safe, neutral starting move.

You know the rest about these meany girls. (Wink wink)

This card boasts a pretty decent DPS and a mediocre hitpoint stats, making them a nuisance to get rid of, for your opponent. Due to its low cost, you can use it as your starting move too.

Mega Minion has always been in the meta despite of it’s brutal nerfs due to the fact that it can defend well in your side and can wreck their tower if left ignored or tanked for.

It does 500+ damage to their towers when ignored at tournament standard.

Sparky: Sparky is now a usable card and acts as a Tank Shredder in this deck

Ice Spirit + Sparky can counter Ice Golem+Hog+Goblins push completely and you can create a counterpush out of that.

Moreover, Sparky acts as Rocket Bait card. Your opponent is forced to either rocket your sparky or your X-bow.

Just make sure you don’t group xbow and sparky together when your push.

Ice Spirit: Freezes troops for a second and half, allows you to react before your opponent’s troops do any damage.\

Also, a good card to guard your xbow due to it’s stalling ability.

Also a stalling troop, soaks enemy damage and slows them down a bit for you to take them out before they do any damage.

Can kite Pekkas and melee troops effectively to the other lane.

Ice Golem+ Mega Minion+Archers and your Xbow can take out a healthy PEKKA before it even touches your Xbow. So, a pretty much worthy card of it’s cost.

Use it to kill Princesses, GGangs, GobBarrels and buy a bit of time during defense.

Fireball: Replaceable with rocket but increases the Average Elixir Cost.

Use it to damage Pumps, kill 3M, Minion Hordes and also to spell-cycle them out.

I usually play this deck as defensively and passively as possible.

Let them do the first move although you can split your Archers back first, if you have them.

Defend their every pushes and try not to show your Xbow before 2x elixir. The exceptions include when they place their Golem at the back or they Pump up and you don’t have Fireball in hand.

Try to assess their deck and find out their win condition.

If possible, try to know all of their 8 cards (by counting as they place it) and most importantly, their spells.

1x Elixir Time is primarily for knowing your opponents’ decks and making a plan to outplay them or penetrate through their defense.

I recommend using your spells often in 1x elixir to chip down their towers.

Use your Sparky to defend ground pushes, and if you’re lucky, you can take out their tower with just a Sparky blast! 😆

Try not to overcommit in defense. Try to make positive elixir trades with your Sparky.

Once 2x Elixir hits, you can use your Xbow offensively.

Let them push first, defend with your units and place the Xbow in front and watch them panic defending your push.

That is how this deck works; defend and counterpush.

Hog Decks: Easy matchup but Hog Cycle decks with Rocket can be problematic.

Use Sparky in front of your King’s tower (to avoid rockets) to defend their Hog pushes and counterpush with Xbow in front. Make sure you have enough elixir to use your spells before dropping that Xbow.

Sparky wrecks Golem in a couple of blasts. You can either push with your Xbow if they drop their Golem at the back or defend and counterpush. The former strategy is useful when they have Heavy Spell (Like Rocket or Lightning) in their deck while the latter one works well if they have medium spell. So its important to know their spell before pushing.

Depends upon how well your gain elixir advantages with your Sparky. In fact, against Spellbait, I push with my Xbow if they rocket my sparky even in 1x elixir because they can cycle rockets real quick in 2x elixir. Never drop your Sparky at the back against such decks. They can’t spell-cycle you out in this matchup, but you can! That’s how you win sometimes against Spellbait.

Fireball their collectors and use Sparky for their 3M. You can even use your Xbow defensively to snipe their muskies, if you don’t have Fireball in hand. 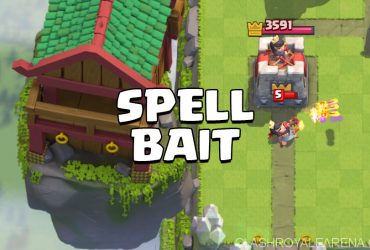 Heyo my friends, Norbysweg here coming with a slightly different post! Instead of one, I’ll show you 3 Powerful Spell-Bait decks t counter those Elite Barbarians and Royal Giants! After … 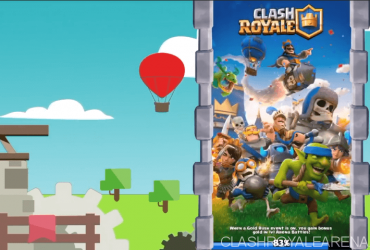 Okay, it’s me, Hi People MC (email me at hipeoplemc@gmail.com) back at it with another article. However, this one is different from anything anyone on Clash Royale Arena has ever …