Poor Sparky. She has become the punchline of all Clash Royale jokes and most consider her as one of the worst Legendaries in the game.

Many people who owned Sparky abandoned her and moved on to new decks without her.

But hide no more, Sparky! Time for you to shine once again! 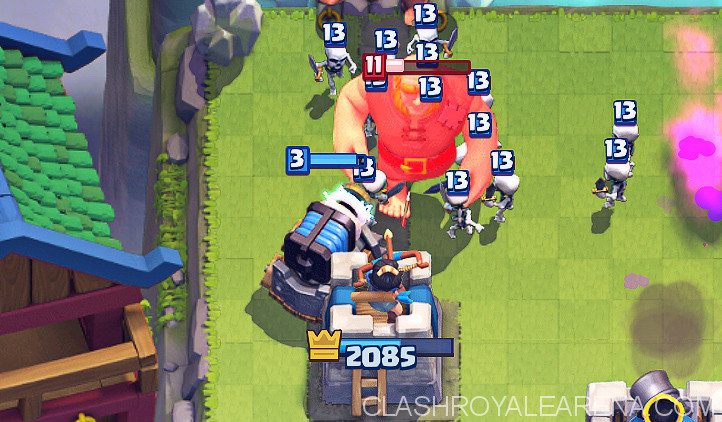 Hi guys, this is Victorapple again, back with another off-meta deck

A couple days ago I opened up my first Sparky from a Legendary Chest! I was ecstatic, but none of friends appreciate Sparky, and told me my Legendary Chest was wasted on her.

Determined to prove Sparky viable not just in a deck, but as a win condition, I made this zap-bait/control deck featuring Sparky!

Do you feel ashamed that your only Legendary is Sparky, while all your friends have Electro Wizards? Do you feel frustration everytime your Sparky gets countered so easily? Do you feel your ego getting crushed after every defeat with Sparky? We’ll panic no more! Let’s get started with this Spark-tacular Deck!

Sparky: As the only Legendary in this deck as well as a primary damage dealer, there is no better card to start explaining than the Sparky! Little bit of some Sparky Trivia: Sparky is the only card who’s description text has been changed twice, and is the oldest card to not have any balance changes since her release! Sparky is one of the only cards who has more damage than HP, making her a powerful “glass-cannon”. She is your go-to card for almost everything; defense, offense, split pushing, and trolling. She is one of the many Zap-bait cards in this deck, and most likely she’ll be picked on the most by Zap. But you can’t have a Sparky deck without Sparky!

Goblin Barrel: A classic card in many Zap-bait decks. Poor Sparky gets the spotlight taken from these green guys, as most of the time these guys are the one’s getting damage off towers instead of Sparky. Goblin Barrel does more DPS than a Sparky, but the sheer power of each of Sparky’s attacks makes her seem like the bigger threat. Sometime Sparky will be tanking for the Goblins, other times Ice Golem will be. Of course, these guys are Zap-baits too. Either Sparky or Goblin Barrel will deal serious damage if not properly dealt with.

Ice Golem: Ice Golem is honestly a powerful card. It probably rivals the Mega Minion in terms of popularity in the current meta. It serves its purpose in this deck as a mini-tank, sponging up damage and taking out Skeletons. You can read the standard Ice Golem tactics here (Link). In this deck, Ice Golem will be used to tank for Goblin Barrels, as well as assisting Sparky down a lane. Skeleton Army’s have gotten popular, and can easily counter Sparky by themselves, but with Ice Golem assistance, no more distractions! Ice Golem Sparky is similar to beatdown oriented decks instead of Zap-baits.

Skeleton Army: Another core card in the meta, as it counters high priory targets easily and efficiently only for 3 elixir. Rest in peace all Elite Barbarians and Hog Riders. Also great for taking out backline support troops like Musketeer. These guys are prone to getting Zapped, Logged or Arrowed, so these guys are also classics in Zap-bait decks! If they aren’t dealt with they can do some heavy damage to Towers.

Mega Minion: I run Mega Minion instead of Minion Horde as opposed to other Zap-bait decks, because this guy is for solid air defense. Flying troops greatly counter Sparky, as she cannot target air, so it is common to run into Minions or Hordes. Of course spells are there to help, but Sparky reinforced with Mega Minion and Ice Golem is pretty powerful. Mega Minion is also solid in taking out backline support troops, especially Princess, who can pose as serious danger to every Zap-bait deck. With decent HP points, he can also help tank some shots for Goblin Barrel or Sparky.

Fireball: Super-versatile card, take out Towers, Swarms, Support Troops, and the main enemy of the Sparky: The dreaded Electro Wizard! Electro Wizard outranges Sparky, so poor Sparky gets a pummeling and resets over and over without retaliation. Prediction Fireballs are important if Electro Wizard is placed in back.

Zap: This Spell is great at clearing cheap, swarm troops, resetting and retargeting troops and buildings, and a great utility spell. This spell can be switched with Log if you have, but I keep it at Zap because I have trouble against Minion Hordes, Inferno Towers and Inferno Dragons. You can opt for log if you have troubles versus Princesses, but generally I don’t have that bad of an issue versus Princesses as much.

I’m too lazy to write out explanations for how to play this deck, so I have decided to include several of my replays of using this deck!

I figured out how to record gameplay on Clash Royale on Android devices recently, so watch and learn! You get full rights to taunt enemies who dare laugh at you when you play Sparky down.

Just some more fun things I discovered when using Sparky.

Sparky kills Elite Barbarians ^-^. Elite Barbs will reach your tower before Sparky charges up, so what I do is place Sparky, then Skeleton Army. Your opponent will have to Zap one or the other , or risk a big counterpush. Its 9 elixir vs 6 elixir, or 9 elixir vs 8 elixir if opponent used Zap or Log, but if your opponent was supporting Elite Barbarians with Fire Spirits or Ice Golem or Rage (Pretty much everything is being used with Elite Barbarians these days) its more beneficial for you.

Tombstone is known as Sparky’s counter, but if Tombstone was placed down first put Sparky in the same lane. It’s like doing the same thing with Princess. Their slow attack speeds will cause them to constantly get distracted by Skeletons, so they’ll stay in one spot killing Skeletons over and over. This way you can prevent loss of excess elixir. Sparky will have a net movment backwards, because of her recoil.

Rockets 6 levels above your level Sparky will kill Sparky immediately. Avoid putting Sparky near your Towers if this occurs.

Sparky’s Charge is not reset through the use of Log and Tornado, but Log will cause her to be unable to target troops for its knockback duration.

For some interesting comments on how useless Sparky is, check out this link here and scroll to comments ^-^

In summary, this is for all those people who think Sparky is useless, or for people desperately trying to make a viable deck for higher Arena’s with their only legendary: Sparky!

There is nothing more satisfying than wrecking people with off-meta decks! As always, switch cards with anything that suits your playstyle! 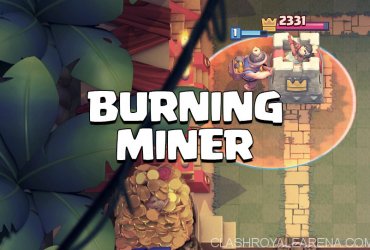 Hey everyone, this is General NX here. You all seemed to enjoy the last article and video, so I’m back! This is an original deck built for challenges, and I’ve … 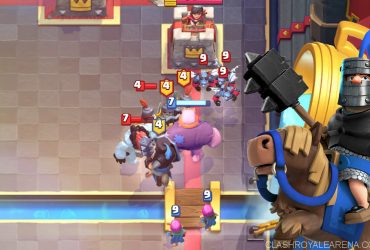 Hello my friends, it’s Norbysweg here again, bringing you a fresh deck for the new meta! Long story short, I’ve has no inspiration for a new deck, so I just …