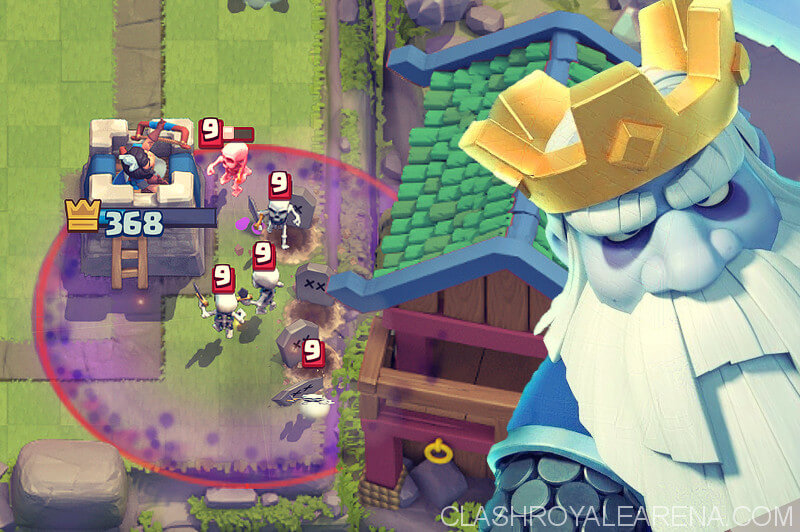 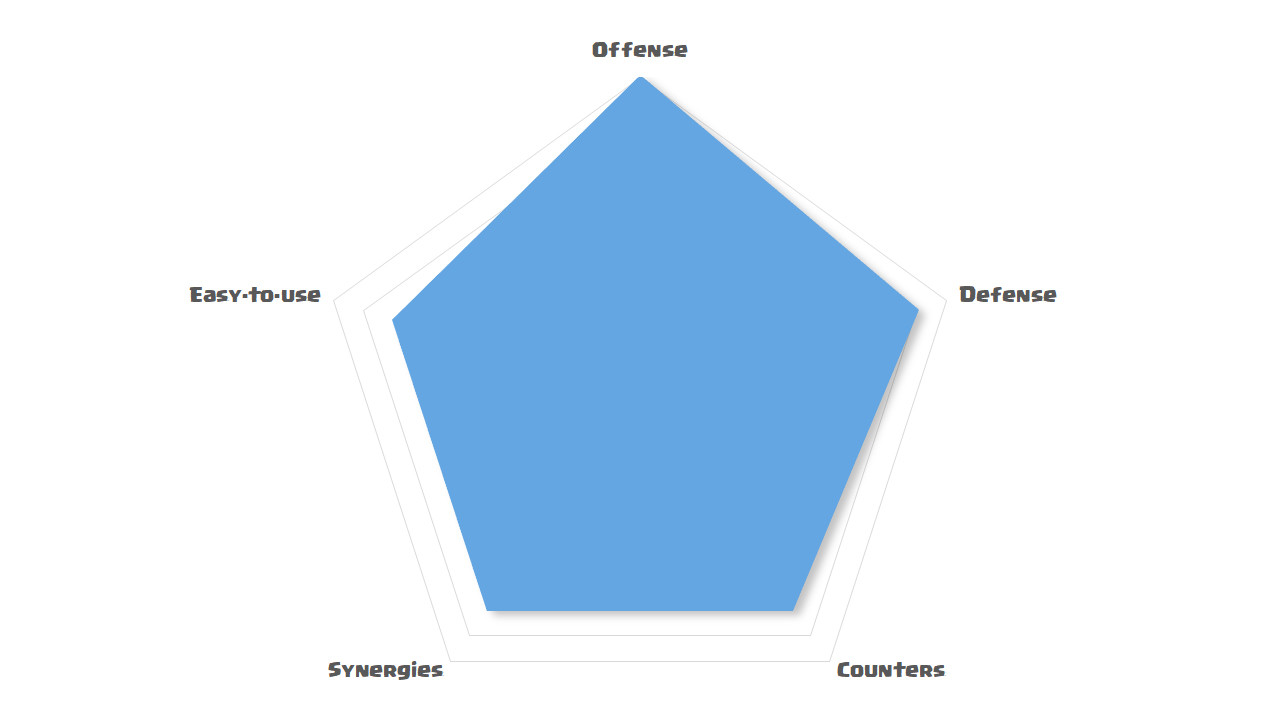 Cannon Cart –  Talk about off meta!

Cannon Cart is this splashyard deck’s *Bowler* of sorts.

A huge threat and fast moving so it’s more of an offensive card.

Great when paired up with your Graveyard if your opponent is low on Elixir and only has say Minions. Your opponent will have to choose if he wants to play Minions on the tank and let Skeletons stack up and your Cannon Cart will still get damage.

Cannon Cart is what you need to save vs opponents tanks. It’s very tanky at about the same HP as a Bowler so use that wisely!

Once shield is broken it can distract troops like Golem etc, however I tend to try to save this for the counterpush, fun fact! Cannon Cart can completely shut down a Mega Knight ((however no counterpush))

Went from a luck based card to a rather consistent win-con.

Now depending on placement, you will get more or less damage within a relatively small+ consistent margin allowing you to not suffer from RNG working against you.

Placements for Graveyard have been discussed before so not going into any of that right now!

Now like all Graveyard decks you ideally want to defend and counterpush. Try not to Graveyard unless it’s a punish. Ie- They Golem opposite lane or they Pump up. 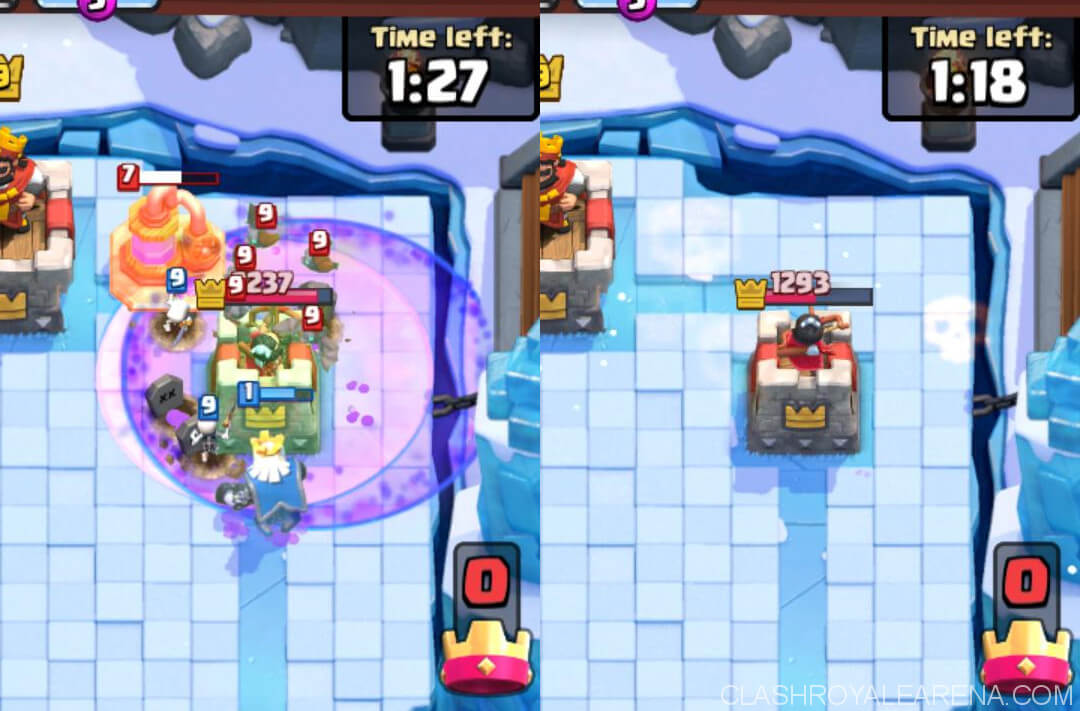 Very versatile and primary tank for your Graveyard.

Ice Golem also can be used on defense vs Golbin Gang etc, to kite your opponents tanks ie- P.E.K.K.A or Mega Knight to the other side and a lot of other uses!

It’s only 2 Elixir so saving up for Graveyard and Poison is a piece of cake afterwards!

Just something I always keep in mind is early game try to keep either the Ice Golem or my Cannon Cart in cycle in case I need a tank on defense. Later on cycling back isn’t a huge deal.

Self explanatory, used with Graveyard, ideally if you can get some good value.

I’d rather not Poison lone Bats early on if I Ice Golem + Graveyard unless I did so in order to maybe get a Pump or something.

Aggressive plays like that early on before you know their deck isn’t the best idea.

Very good in this meta, hard counters Royal Ghost. Just surround the Royal Ghost and you will be all good!

Try not to clump them so the RG + maybe a Zap will shut them down!

With shield great vs P.E.K.K.A etc.

You can also surround the Mega Knight before he jumps for massive value! As it will take Mega Knight 6 hits to kill the Guards. 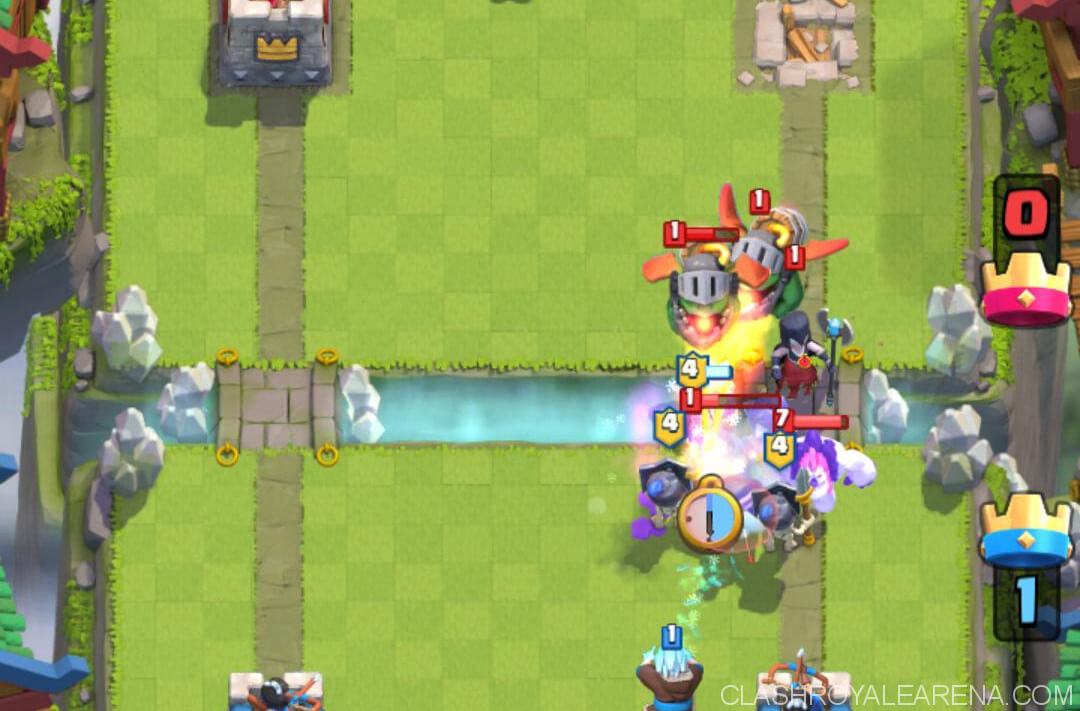 Surprised this wasn’t hit with the nerf hammer but all the same used ideally in combination with ice wiz on defense.

Can be used to pull a Valk from the Graveyard but depending on your placement Valkyrie isn’t as great at countering Graveyard after it’s RNG got fixed.

Can be used on offence, ideally when you have an ice wiz behind a Knight and you climb up both what they use on your Knight + Ice Wiz and on the Graveyard.

His slow is great!

With buff kills Skeletons of equal level and also unlike E-wiz only dies to a Fireball of +2 level! Which if you get your ice wiz to level 3 which is not killed by anything below a max Fireball.

Albeit his defensive capabilities are astounding! So he’s a worthy addition to most decks.

He’s just an offensive threat. Can be replaced by Knight.

If someone say Golems on one lane rather than overcommiting with an easy to defend Ice Golem+ Graveyard push and have to Poison, I might use Royal Ghost on the other lane.

The cool thing is there is NO way you can counter a Royal Ghost for positive trades in the game without losing tower HP.

You can use Bats or Skeletons behind Royal Ghost once he locks on but that’s like 1 Mega Knight swing per Royal Ghost swing on Tower, which is insane. Plus he is very tanky too, for his cost will get a few hits in.

It might draw out say a Knight Witch etc, making push very easy to defend!

Great at drawing out cards like Mega Knight etc as well.

Defensively can be a bit niche as Knight is better on defense because Knight will tank, just have to get used to 1v1 interactions on defense.

Get to know your opponents deck early on!

It’s not necessary to Graveyard in the first minute.

Early on in 1x Elixir you really only want to Graveyard in 2 situations.

Other than this I’d rather not play the Cannon Cart in the back etc.

If they Pump up, try to punish with Graveyard then Poison rather than just poisoning the Tower + Pump.

You should have a good sense of opponents cycle, along with the deck. Keep a general idea of if you are ahead or behind in Elixir as well! If so try to make several positive trades along the way to even it out.. Same mentality as before, only Graveyard on counter push or punish with sufficient Elixir to Poison on offense.

Early on unless it’s to punish a very big overcommitment by your opponent I will only ever use Cannon Cart on offence, it’s like a Bowler or an Executioner. Never really want to cycle this card because it’s very very good on defense and you need to save it for just that. Ice Golem should be your primary Graveyard tank here.

Ice Golem+ Graveyard + Poison is the name of the game.

If you get Tower HP down to below maybe 500-600 then poisoncycling will suffice as well provided you get value!!

Just be aware of the nerfed interactions as you will need more of each spell to really take the Tower and play it safe. Do your best to try to get value in your spells too!

For a reference Poison does – 216 Tower damage post nerf.

So in a nutshell, keep spamming out Ice Golem+ Graveyard with Poisons.

Your opponent will undoubtedly keep pushing too so you will need to make sure you defend really well vs this.

This deck is excellent at defense so with some good placements you should be able to do so very easily.

4 cards in this deck got nerfed and this is rather rough but all the same it is quite consistently used through!

Good news for those who decide to play this deck is, this hard counters Log bait! Woo hoo!

With Poison for Princess, nado for Barrel Ice Golem, Royal Ghost etc for Gang there really is no way they crack through.

Poison off their Princess defense and you are golden! The rest you will play depending on how they attack, activate your king early and life will be easy.

If they Princess in the back something I really like doing is dropping a Graveyard on top then Poison the Princess and Tower. You will draw out either a Knight or a Gang and that’s guaranteed several hundred damage plus no Princess on the map!

Finally the long awaited nerf has knocked him off of his high horse. *Cough* I meant Hog.

No longer a top tier win con, he certainly like Giant is still viable and as easy to level up and play win con.

However! You hard counter Hog too! Woo hoo! Tornado!

Ideally activate king with the first push of the game and the rest of the game will be in the bag! Just don’t overcommit is all I am saying

Assuming they tank in back:

Vs Golem punish other lane.

Vs Giant I’d advice defend because Giants are very easy to kill. You want a Knight + Ice Wiz+ Tornado defense ready for their push! Then counterpushing.

Don’t always Graveyard, if you know you are significantly ahead and can almost save for a Poison that’s when I’d Graveyard,

You will do bulk of your damage in 2x Elixir.

Plus its’ good to not give away your win con early. 2x Elixir getting multiple Ice Wiz’s on the map will be an easy task too!

If they just spell him off which will always be a negative trade for them.

Just drop it on top of their X-Bow or Mortar.

Poison+ X-Bow or their Mortar u with something tanking and you should be fine.

I wouldn’t Graveyard early on unless you know counters are out of hand.

Try to get that Poison damage on Tower by poisoning their stuff. Cannon Cart is amazing as this tank as it has a LOT of HP and 1v1 will always beat the building.

You have 2 tanks you can use, Ice Golem or Cannon Cart really, Guards split is effective in stalling X-Bow and Mortar as well, shouldn’t give you too much trouble.

Early on don’t try to Tornado the Miner to the King’s Tower, chances are if a good player they’d drop in anti nado spot.

If not, then use your Tornado to get it to the king Tower and that’s almost GG.

Once King is active their main source of damage will be Poisons so don’t give them Poison value!

Try to catch them when Poison is out of cycle, if they keep just poisoning your gy, catch them when they’re low on Elixir then launch maybe a Cannon Cart with your Graveyard!

Poisoning Graveyard won’t do much when Cannon Cart will do over 1000 solid damage to the Tower!

This deck is quite solid, I think Vulkan used this deck or a variant of it, been seeing it around in some GCs.

It’s very good defensively and a bit on the non F2P side but cards aren’t too level dependent!

Give it a try to wish you all the best.