Today I am going to show you another very easy-to-use Royal Giant Deck for Arena 7 and above. This deck was shared by usc1313 after he got it to Arena 9 with level 8, 9 Commons and level 6 Rares, which is very impressive! Since lots of players are complaining about how difficult it is to get into Arena 9 without Legendary Cards.

This deck is not for everyone, for sure, because I know that lots of players really “hate” Royal Giant. So, If you are not interested in this deck, please just go back to the homepage and browse for the other ones. There are lots of other greats decks on CRA waiting for you :D.

Royal Giant is the main win condition of this deck, obviously. I rarely play Royal Giant before the x2 Elixir time while using this deck because of his high Elixir cost and other cards’ versatility. During the first 2 minutes, try to memorize the key defensive cards of your opponent. Try to predict which ones he will use to stop your Royal Giant and build your main push based on the prediction. Basically, build the push which stops your opponent key’s defensive cards.

Zap is the best spell card in game at the moment. I literally can’t play without Zap, always try to put it in most of my decks. Zap is just so versatile. You can use it to kill small Skeletons and Goblins. Using Zap on Minion Horde also helps your Tower 1 hit them later. Moreover, Zap can reset Sparky, Inferno Tower, Prince, Mortar, X-Bow, … Anyway, you should save it for the opponent’s air cards first as this deck is pretty weak against air.

Cannon is still very good even after so many nerfs. Level 8 Cannon + level 6 Mini P.E.K.K.A is a great combo to prevent opponent’s level 10 Royal Giant from getting any hit to your Tower. You can somehow replace Cannon with Inferno Tower to deal with Lava Hound and Giant + Balloon combo better.

Ice Spirit is a very hot pick these days. It has so much value with the price. This card will be extremely hot in the upcoming update, If it is not getting nerfed of course. Ice Spirit helps us stop Minions, Goblins, Spear Goblns, … When coupled with Mini P.E.K.K.A, we have a perfect combo to stop Hog Rider, Royal Giant and other super annoying pushes. You can use it to protect the Royal Giant and any other push any time!

Musketeer is such a beast on both offense and defense. I usually use her on defense and then transform into a counterpush right after that. She can easily take out Balloon, Baby Dragon, solo kill Cannon and deal tons of damage to any tankers. Behind either Royal Giant or Musketeer, she can easily remove almost any distraction. When left alone, she deals hundreds damage to the opponent Tower.

Valkyrie is the splash support in this deck. She can easily remove swarms, Barbarians, Wizard, Witch, Musketeer and lots of other troops. This is definitely an all around card. You always can use her as the shield for the counterpush by placing Mini P.E.K.K.A and Ice Spirit behind her. Anyway, If you have either Princess or Ice Wizard, you can replace the Valkyrie with either, it would be even much better!

Mini P.E.K.K.A is one of the best tank killers. Especially when coupled with Ice Spirit, she can easily shred Hog Rider, Giant, Mini P.E.K.K.A, Royal Giant, … If your opponent has Mini P.E.K.K.A also, save her to deal with it! She is also a perfect counter to Miner. She is the must have card in almost any deck at the current meta. Why? Please take a look at here!

Elixir Collector: Seems like this is an obvious choice for most of Clash Royale players, especially when you are in the Arena which has lots of higher leveled players. This card is the best move to force your opponent to attack first while gaining and Elixir advantage. Take a look at this page to see the best Elixir Collector placements! 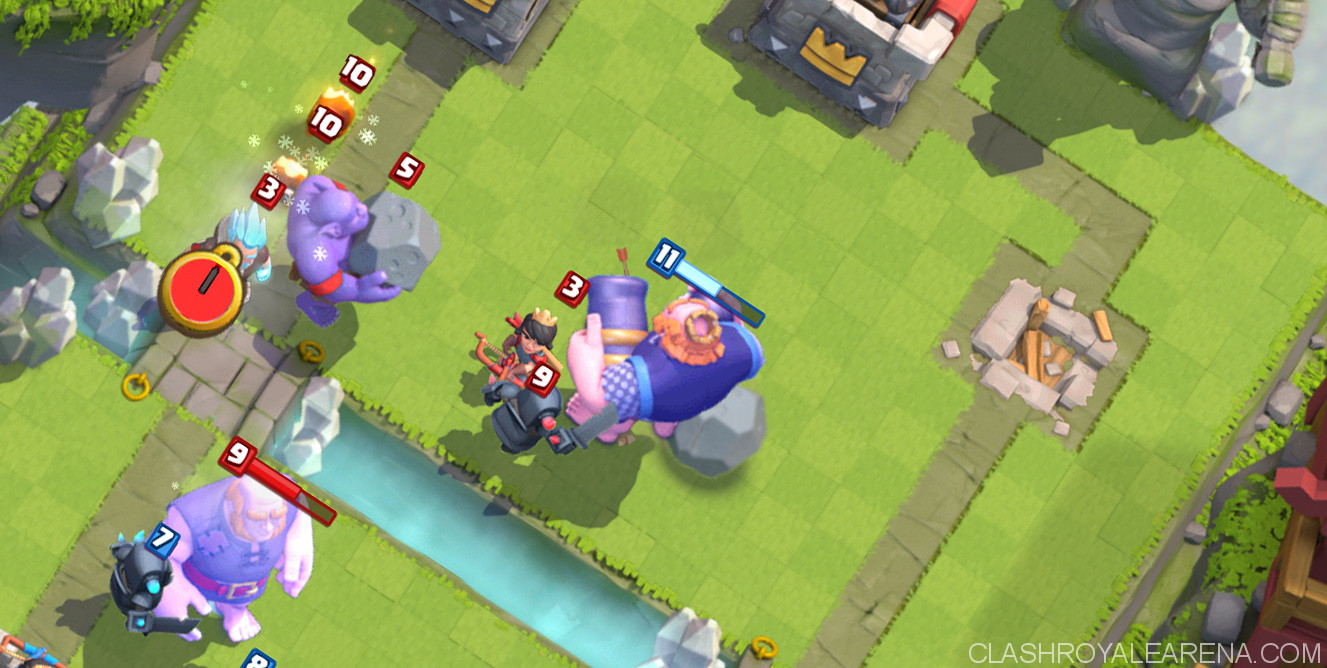 How to deal with the most popular counters to Royal Giant:

And here are some popular matchups you may face every day:

Hog Trifecta/Cycle: This is the easiest matchup for this deck IMO. With Mini P.E.K.K.A, Cannon and Ice Spirit, you can easily stop any Hog Rider push. Even trading Towers favors you because Hog Rider is worse at getting the second Tower. When the full Trifecta is coming, use Cannon to lure the Hog Rider to the middle then drop your Mini P.E.K.K.A for Valkyrie and Valkyrie for Musketeer, easy right?

Royal Giant Decks: Cannon + Mini P.E.K.K.A + Ice Spirit would do the job pretty well. Use Zap to reset its target If needed. Just let your opponent over-commits with his Royal Giant then counter attack with survived troops and your Royal Giant.

Royal Giant + Hog Rider: Another easy matchup since the opponent needs to spend at least 10 Elixir on the push which can’t defend itself.

Miner Cycle: Place your Elixir Collector in the middle, right in front of your King’s Tower then try to use Mini P.E.K.K.A to protect it. If your opponent have level 10+ Goblins, save your Valkyrie or Fire Spirit for them! It’s a lot easier If your opponent uses Hog + Miner!

Giant Poison: This is a pretty tough Matchup. Try to pull the Giant with your Cannon then use Mini P.E.K.K.A + Ice Spirit to take the backline down as soon as possible, after that, your Mini P.E.K.K.A will go towards the Giant.

Lava Hound: Push on the other lane! Just do it my friends! 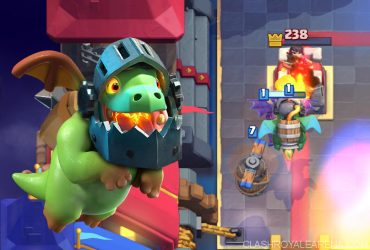 Hello there fellow clashers,this is my first time on CRA, I am Siddhanth, here to show you all an insane deck which works perfect in the current meta. So basically … 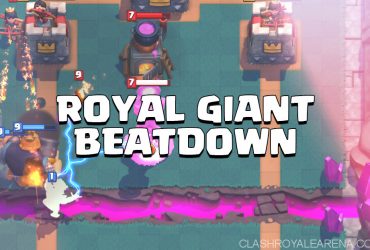 What is up guys, Corrosive Logic is back again with another deck guide! A couple of days ago, I spotted a Royal Giant deck on ladder, and decided to give …
Posting....