Hey guys, it’s Royal Giant FTW here with the Royal Lightning Deck. This deck is currently being used a lot above 4,000 trophies and also in Arena 8 and 9.

I started to use this deck in Royal Arena with Musketeer (since there was no Executioner) and I got to 2700 trophies. Recently, I got the Executioner and put him instead of Musketeer. After that I pushed to 2800 in one day! 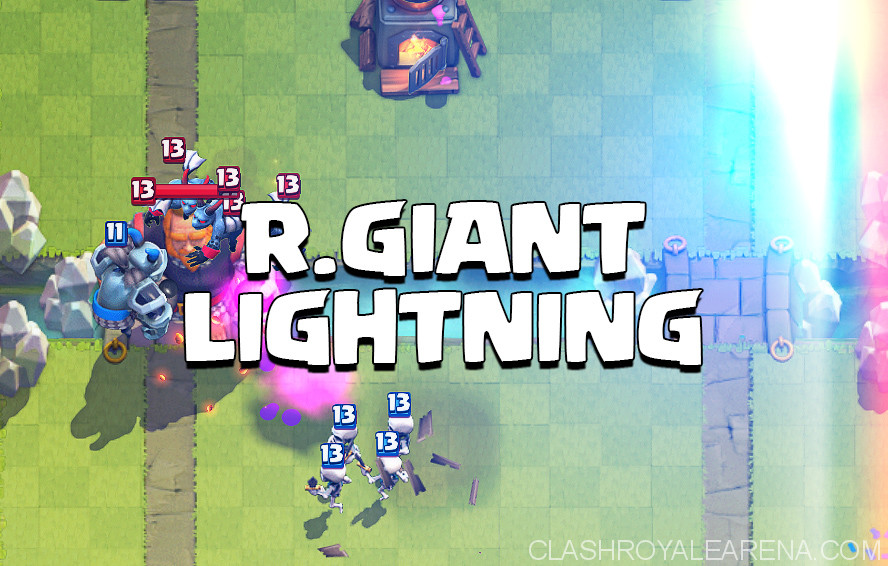 Let’s start off with the cards in this phenomenal deck!

Royal Giant – The reason I chose this mighty, burly guy as my favorite tank is because of his annoyance to the opponent and his ability to quickly lock onto the tower. If you pair him up with a stable support, he is very hard to stop and you will leave the opponent with the angry face after the match.

Royal Giant mostly takes no skill to use but here are some things you need to know:

So hands down this tank is one of the best in the game imo.

Executioner – Even after the nerf, this sneaky-looking guy stands strong. A loyal companion to all tanks, he can decimate Minion Hordes, Skeleton Armies, Goblins, Goblin Gang, etc. Executioner basically counters the counters to RG! He is also handy on defense, against Lava Hound, Zap Bait, and more.

Although he is basically a defensive and offensive beast, watch out for spells that can shut HIM down! If the opponent carries Rocket or a high-level Lightning, don’t put him close to the tower or else he will get his chance to make a good value by killing your Executioner and doing lots of damage to the tower.

Don’t forget, after you defend with him, always make sure to counterpush with RG to scare the opponent and take down the tower!

Furnace – This building is another good defensive card handy to kill swarms. Keep Furnace down in the middle to put some pressure on the opponent. The good thing is, even if you have an underleveled Furnace, I will still allow you to use it! Just put RG or Executioner in front of the two Fire Spirits and they will have no trouble getting to the tower. Not much to say, I bet a million bucks you guys already know how to use this meta building!

Skeleton Army – These skeletons shut down tanks and are experts at distracting troops. You can also use them as cycle troops if you have nothing to do. I wouldn’t counterpush if I were you because they don’t fir with all the other cards in this deck and plus it is easily countered. So for the whole game, use this bunch for defense and if the opponent does nothing, you can actually almost kill the tower with 15 skeletons attacking! If you don’t want to use Skarmy, I will have a replacements section below so you can look there.

Minions – Like the Skeleton Army, Minions are very good at killing tanks too! This is your primary source to kill Lava Hound, Balloon, and Graveyard, maybe Executioner for support defense. The reason I chose Minions over Minion Horde is:

Minions have always been a balanced card over the past metas (according to Ash) and they will always stand as a great defensive card. This doesn’t mean they are just defense, they are also good support for your RG! I totally recommend keeping this card in this deck as it it VERY important.


Zap – Not much to say, use for Skarmys, Goblins, any squishy troop that is good at defending RG. Zap is also a good defensive spell as it makes a good profit on Minion Horde for a positive elixir trade.

The Log – This is my first legendary I got and my favorite spell of all! You use it the same way as Zap, killing low-health swarms, but also this spiky madness is very good at defense, chipping the tower, and last-second knockbacks! The Log is so versatile at the moment because of all the usefulness it provides. Just remember, only Log things that are worth logging or else you just wasted it and the opponent can do something like Skarmy or Goblin Barrel for offense. Because of the Zap nerf a while ago, The Log is the only counter to Goblin Barrel for a positive elixir trade and no hits allowed. I think The Log is the best legendary right now imo.

Lightning – This spell counters RG’s best counter: Inferno Tower! Maybe Inferno Dragon, but most people would use Inferno Tower. For this combination, RG + Executioner +Lightning, you have to start off with RG at the back, then put Executioner behind him, then have Lightning ready. The reason you should put RG first is because the opponent might counterpush on the other lane and you might need the Executioner for his push. Once that happens, you can aggressively push as normal and you most likely won the match. Just make sure to focus on defensive positive elixir trades and you will be fine!

RG and Furnace will keep the opponent busy for the whole game. During double elixir time, I highly recommend you overcommit to finish towers quickly and show the opponent that you are not a passive player! No need to care about your elixir as you will quickly regain your elixir anyway.

Like I said a while ago, when pushing, keep an eye on the other lane in case the opponent decides to counterpush. Have your Executioner, Minions, and Skarmy ready for anything that comes your way. Play aggressively, and don’t just stand there waiting for what the opponent will do.

Executioner + Minions + Skarmy + Furnace + Zap/The Log will pretty much defend anything. Hold off anything then counterpush with RG.

Here are some deck matchups in case you play against one of them:

Lava Hound: Minions + Executioner will defend the Hound and any support behind it.

Beatdown: Skarmy for tank, Minions for backup. Furnace to pull tank to the middle so both towers can shoot it. Executioner or Lightning to kill support. When the opponent puts the tank, immediately put RG on the other side. He might me forced to use his support on the RG so you can easily defend the lone tank.

Siege: RG will shut down Mortar and X-Bow on its own.

Hog Cycle: Furnace or Skarmy for Hog. Since the support will usually be low-health, use The Log. You should be fine with these decks as long as you don’t make a mistake with any of your defenses.

Miner Control: Skarmy for Miner, Executioner for the Minions. Control decks aren’t aggressive so you can easily counter them.

I hope you found this guide helpful and I hope you try out my deck! Just note that this is not a ladder deck since in challenges the highest level RG you can have in 9, and I think that is not good enough. Make sure to have your RG at least level 10 and you’ll be fine!

Have a Clashtastic day, and hope you liked my guide as this is my first one! 😀 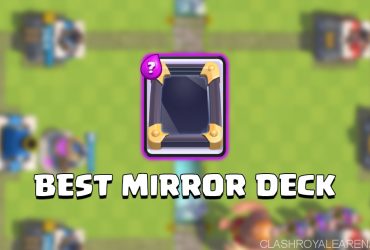 Hey guys it’s Ash and many of you guys have been requesting for a deck with the Mirror Spell. So today I’m going to share an awesome deck with the … 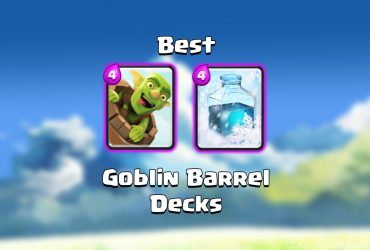 Hello guys, as requested, today I am going to give you my best Goblin Barrel Decks in Clash Royale. These decks are very funny and pretty powerful. I have been …
Posting....