Sup guys, it’s me Infinite Light again with a great F2P Royal Giant deck which currently got me to 5,100 trophies. Today, I’ve got a F2P Royal Giant Hog deck that only has one Rare and one Legendary, the others are commons. It is strong, and can be used in any Arena.

This is my second post on CRA. My other post was also another level 10 who reached 5100 trophies, so be sure to check it out at here! 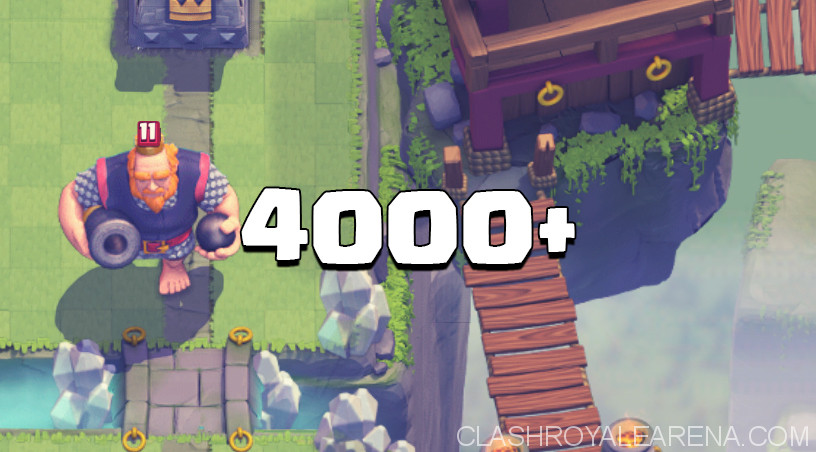 This deck is very powerful, and also great for F2P players as it only includes one Legendary and one rare. The others are all commons.

This deck is a little challenging to play, and before you guys start on the “Royal Giant or Hog takes no skill” comments, try using it first.

Barbarians and Minion Hordes are great against literally everything besides spells. Barbarians shred through tanks and glass cannons, while Minion Horde can kill everything including ground and air.

Some decks that are harder to defense against are LavaLoon with Arrows, and the cheap 2.6 elixir Hog Deck. 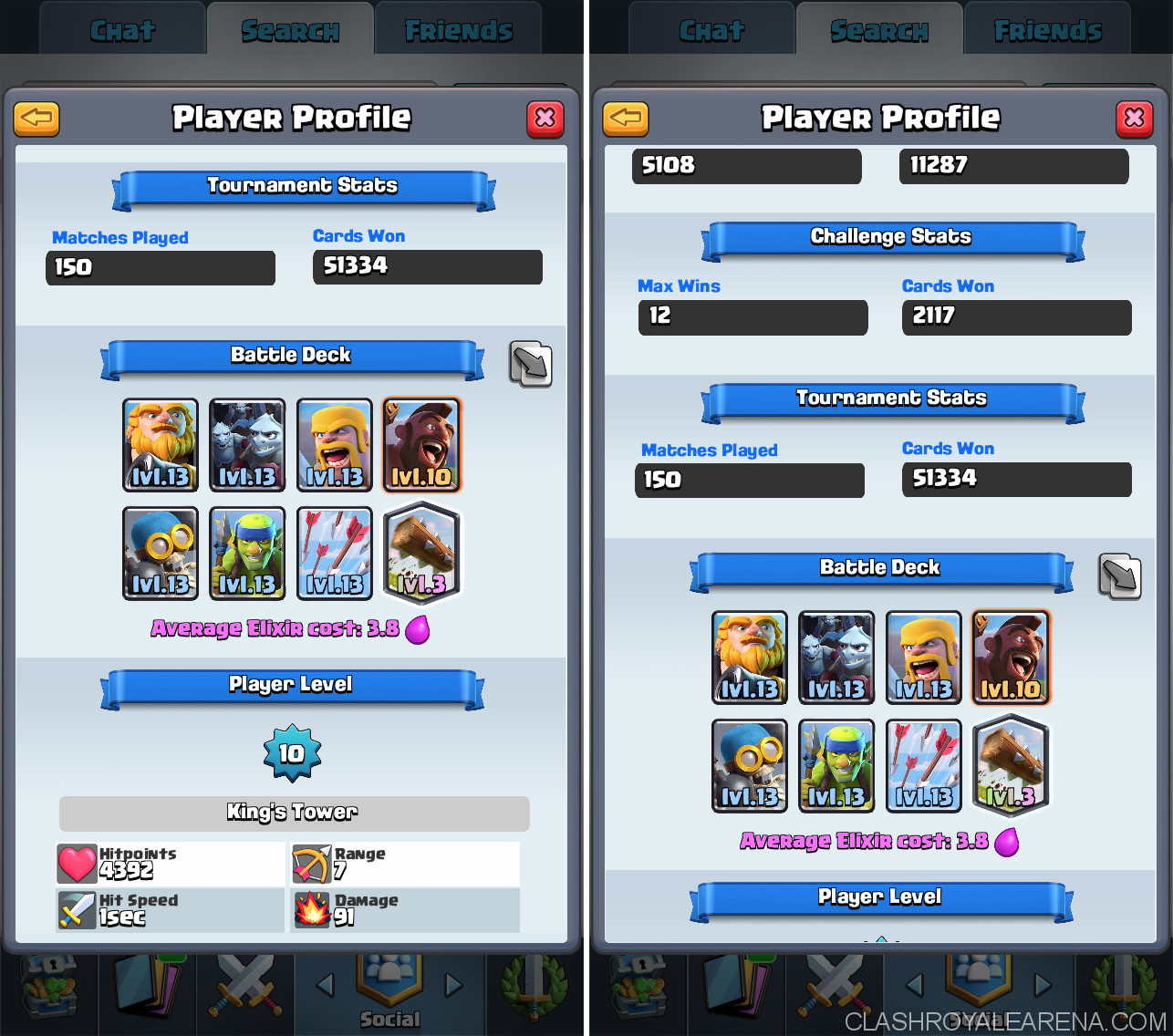 Royal Giant: This card is strong, and a bit broken without the right defenses. Usually used after the Hog baits out the defense. can be paired with Bomber and Arrows hovered above in case they use Minion Horde.

Hog: used to bait defense and to chip away for more damage.

Spear Goblins: Definitely not meta, but still a great card. Does good chip damage, used as a distraction, and can bait out zap or sometimes arrows. Paired with Hog Rider can do decent damage.

Barbarians: Underrated card for sure. Great at baiting Fireball so your Minion Horde can finish the job. Wrecks tanks and glass Cannons. Ignored can take down an entire damage, so it must be dealt with.

Minion Horde: 2nd Highest dps in the game after Skarmy. Takes care of anything, just beware of spells.

Bomber: Weak and fragile, but makes up for it with huge splash damage. This card can deal a lot of damage to support troops and can be paired with Royal Giant to destroy small troops or Barbarians.

Arrows: After the recent buff to it’s speed, this card soared up in usage. Can be used to kill Lava Pups, Minions/Minion Horde, and to end the game quickly.

Log: IMO, the best card in the game despite nerfs. Pushes back units to buy some time, and is great against Spell Bait.

Weaknesses: This deck is strong against basically any deck. Harder decks are Spell bait and decks with more than one defense.

Against Siege: Royal Giant and hog should stop it. RG for Mortar is ideal, as it is ranged.

Against Control: Be mindful of your defenses and your elixir and you should be fine. Barbs can be used, as well as Spear Goblins.

This deck is super strong, and hard to deal with. It is ideal for F2P players, as it has two win conditions and can defend really well.

Overall, this deck is both great and annoying!