Hey guys! Its Blaze Stone back with another Miner Poison deck for you all! Today, I will be talking about this powerful deck I have been trying out for some time and which works pretty well in Classic Challenges and can definitely help any average player easily get those 9+ wins!

Before I begin, this deck is a variation of the PEKKA Miner Poison deck w/Bandit that was popular few months ago and my good friend, Lolman aka lmaoman has written a guide on which I definitely recommend you to check out in case you don’t have Royal Ghost but were lucky enough to unlock Bandit.

So, lets jump right in! 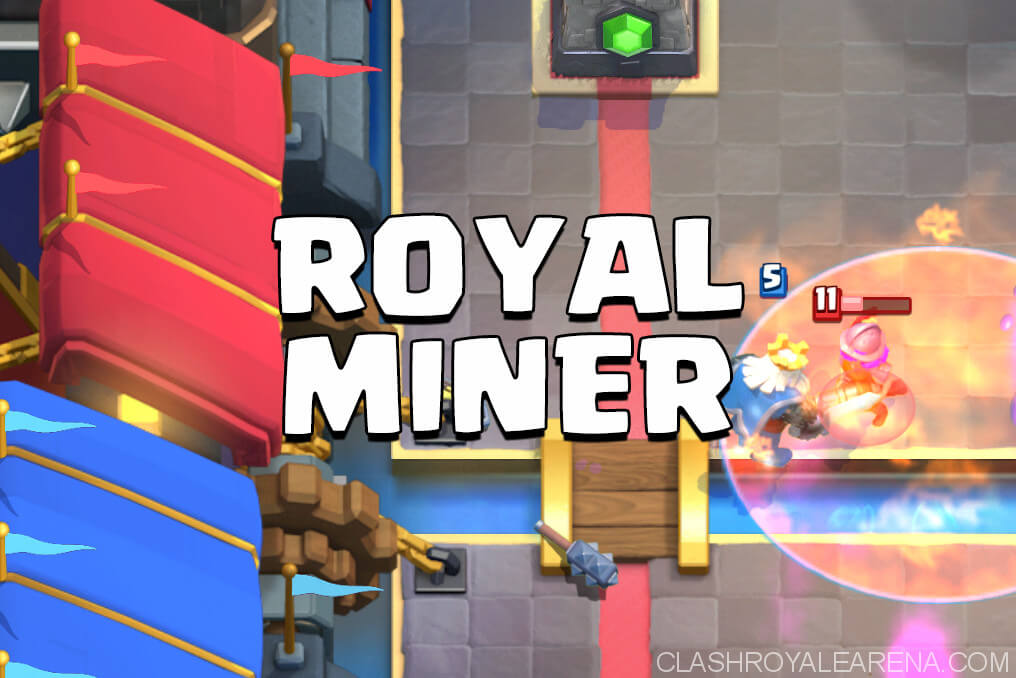 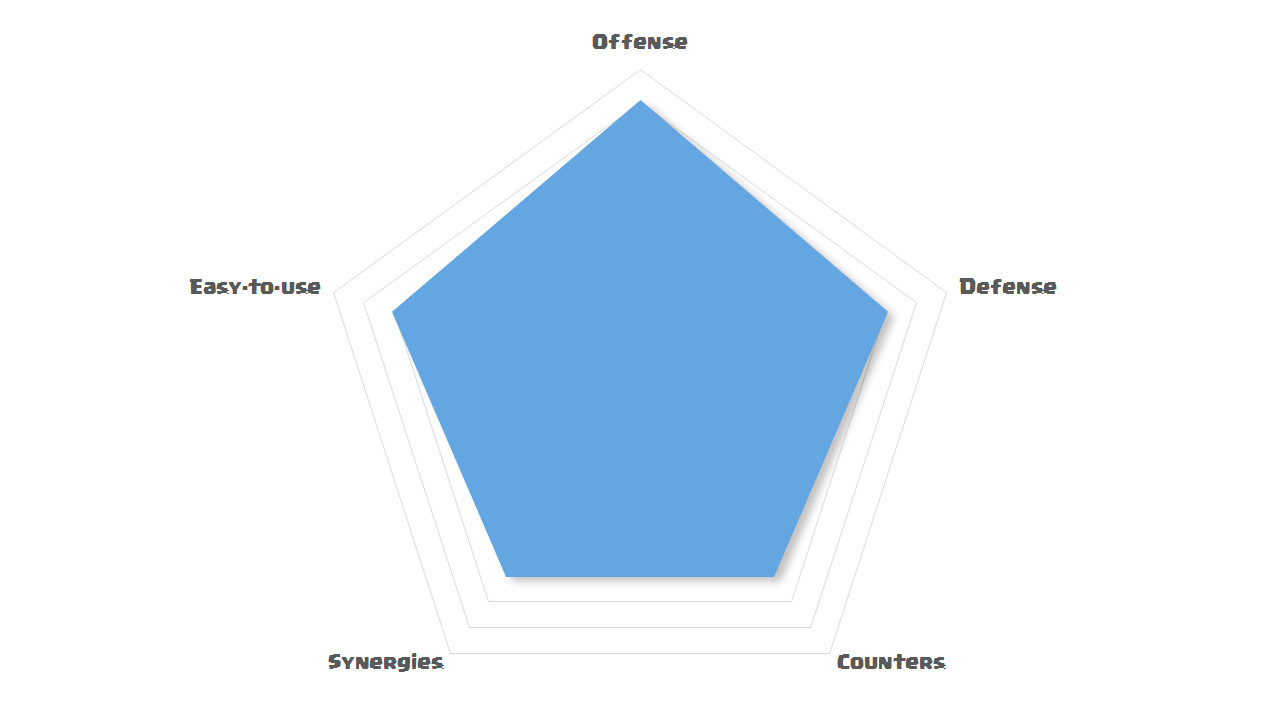 One of my favourite cards to use in Challenges and Tournaments. PEKKA is a powerful card in the game since a long time now and is very useful in this deck

She is can take care of any ground tanks with ease and then go on acting as a tank herself for a counter-push.

The best legendary card in the game right now IMO.

He is quite cheap, decent damage, good amount health and has the unique and strong ability to pop anywhere in the arena!

Mainly use him as your main win-condition to chip down towers but you can also use him to take care of spawners, pumps, Princess and even nearly finish off Glass cannons.

Make sure to be as creative and as unpredictable as possible in Miner Placements! That’s the key to win!

My favourite card in the game. Synergizes extremely well with PEKKA and Miner to form the core of this deck.

This card’s main role is to exert your control over the opponent and prevent him to really go too defensive or too offensive as for a while as he may end up wasting his elixir.

Used to stun opponents and quickly kill troops that distract your Miner, Royal Ghost and PEKKA.

Can be substituted with The Log but I feel Zap is better with cards like Miner and GY as you can instantly kill swarms that are used to counter if you don’t have enough elixir for Poison, which is better than The Log as it can not his troops behind the Crown Towers.

Also, you have Royal Ghost, Spear Goblins and Bats to take care of Barrels.

Still a popular and strong card even after being nerfed.

Royal Ghost is your only Splash damaging troop in this deck and will be used to snipe opponent’s troops targeting either your PEKKA or Miner.

He is very good as a PEKKA support especially when coupled with Poison.

He can also be used to threaten a tower alone but most of the time use him with Miner or/and Bats/Spear Goblins.

Powerful with Miner for quick Mini-push.

Can be used to distract Inferno Dragon/Tower as well as other troops which threaten your PEKKA.

Use them to cycle through your deck and take care of glass cannons/mini tanks for elixir advantage.

Can be replaced with Minions for 1 more elixir but more health.

Again, powerful with Miner for a quick mini-push.

Useful for cycling or chipping of any towers as most people won’ waste their Zap on them.

Use them to distract troops and pull them to the middle of the arena, straight into the cross-fire zone.

Can be replaced with Archers again for 1 more elixir but more health.

Very useful in this deck as PEKKA support as they offer a Triple Stun ability which is great against Inferno Dragon/Tower as well as Princes, Battle Ram and Sparky.

They can also be split up and help you go on for Dual Lane pushing, an aspect of this deck which I will be explain below.

Fragile against spells so almost always don’t play them near your crown towers.

Best when placed in middle of your side to pull troops in Cross-fire zone.

Can be replaced with eWiz or since, we already have Zap for Stun, you can use Flying Machine, Mega Minion or even Musketeer.

Again, like last time, I won’t be giving Minute by Minute game plan and describing the various matchups as IMO Clash Royale is an unpredictable game so better to just give you a brief explanation of all the weapons in your arsenal and trust you that you can figure out when what should be done. 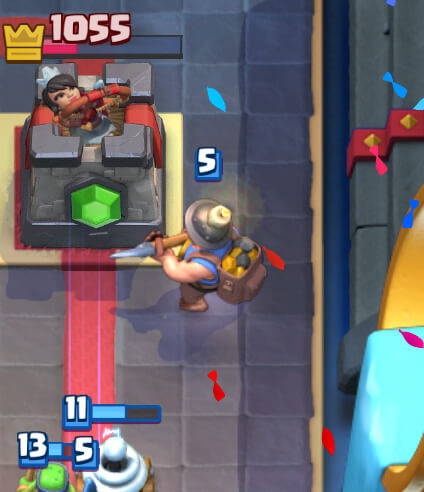 So, well this a simple Miner Poison chip deck with the added twist of PEKKA and RG.

Spear Goblins and Bats along with Miner can be used together for pressuring and even deal tons of damage when opponent fails to kill those cheap troops.

Here, Miner placement is very important, you need to predict where the opponent will place a card to kill those cheap troops and thus, send your Miner to that spot so that Miner tanks/kills that enemy troop instead.

However, 90% of the time, the enemy troop will be on the side of the Crown Tower which is near the king, so definitely send your Miner there when you are sure, opponent doesn’t have any other card to kill your Cheap troops or is short on elixir because he just placed a tank. 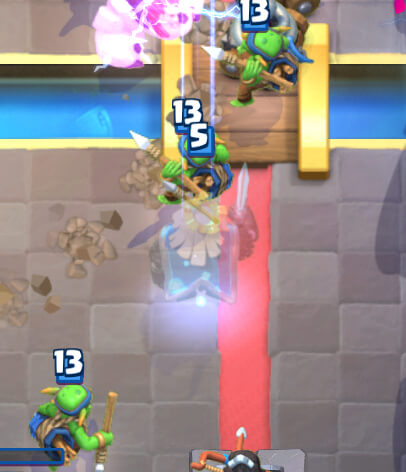 Royal Ghost for 3 elixir is a very threatening card.

Use this factor to your advantage.

Say, your plays something (not necessarily a tank), you place your Royal Ghost behind the King Tower but in the opposite lane.

This simple, casual placement will make your opponent’s brain go in a session of brainstorming where he will be fixated of the Royal Ghost so at the same time play something else as a surprise to distract the opponent like send your Miner in the other lane along with Bats/ Spear Gobs split and then push with Zappies and Royal Ghost.

A rather expensive tactic but can really make your opponent’s mind spinning. That’s how threatening Royal Ghost can be. 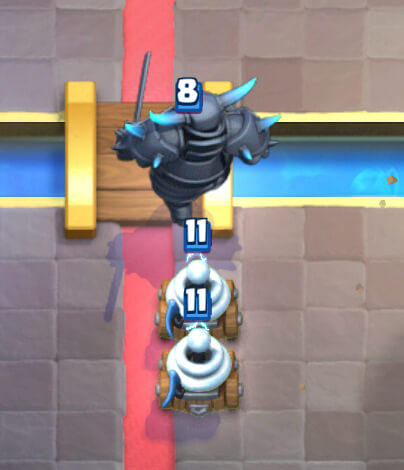 PEKKA is the MVP here.

Don’t reveal your PEKKA till Double Elixir time unless the situation calls for it.

She is your main defence against all ground win conditions so mostly use her on defence and then go offensive through counter-push.

Usually I don’t recommend starting a push with PEKKA in the back but some how, you end up in Double Elixir time with opponent not having a win-condition and low on elixir, which is in fact quite possible, start a PEKKA push and don’t hesitate to go all-out as a full on PEKKA push is very hard to stop.

An all-out push consists of PEKKA, RG, Miner, Poison, Zappies with either of cheap troops and use of Zap if necessary.

Consider the same situation that I said above but opponent has good amount of elixir.

Here, there is a good chance that your All-out PEKKA push may be defended as this deck is a Control deck and not a Beatdown deck.

So, here you go on a Dual Lane push.

Hard to defend, damage on both towers and opponent can’t do a strong counter push as well.

Main core of this push will be PEKKA RG on one lane and Miner Cheap troop on the other lane with Zappies Split.

Generally, 2 Zappies with PEKKA and 1 with Miner.

Poison the PEKKA push lane and keep Zap ready. Send your other cheap troop where more damage is confirmed.

That’s all folks! Hope you guys enjoyed this guide and have success with this deck. Ask me about anything in the comments section below.