So finally, the new Clash Royale card, Rascals, is here, coming up with the special Rascals Draft Challenge!

In this page, we are collecting the best tips and tricks for you guys to get 12 wins in the Challenge, and of course, to get that huge pack of the Rascals.

The Rascals card can be unlocked from Arena 9.

This card deploys a group of 3 units: A Rascal boy and 2 Rascal Girls. This can be considered as a discounted Knight + Archers combo.

The Rascal boy is basically a Mini-Tank wielding a wooden sword while Rascal Girls are squishy ranged support wielding slingshots with Double Trouble Gum as the projectile.

Together, they counter each other weakness and thus, can prove to be very strong, especially when over-levelled on the ladder.

The deployment is always a the boy in the front and the girls behind.

Here, I will be comparing the stats of A Rascal Boy and Knight, a Rascal Girl and an Archer and finally Rascals and Knight + Archers.

I will be also providing changes in stats as well the respective changes in percentage.

Note: Since, Knight + Archers combo already exists and is already being used, I will be subtracting their stats from Rascals to show the changes. Thus, +sign stands for increase and -sign stands for decrease when you shift from Knight + Archers to Rascals. However, in case of Hit Speed even though the meaning of signs is the same, practically it’s the opposite i.e. +sign indicates slower and -sign indicates faster Hit Speed.  Since, DPS of Rascals wasn’t mentioned I am gonna round them of using standard Round-off rules. Comparison between Archer and Rascal Girl is between single unit while Knight + Archers and Rascals is between both the units. All stats at Tournament Standards.

Rascals in my opinion are what Knight and Archer should actually be. How is a Man in armour die sooner than a boy dressed in cloth? How does a ball of bubble gum hit harder than an arrow?

Leaving behind these arguments as they can’t be changed, I feel Rascals are gonna be popular in coming months as people start getting them to the usable levels. Upgrading Rascals takes care of upgrading your Mini-Tank and support for half the gold. (People like me who have maxed Knight and Archers are gonna regret spending the gold if Rascals turn out to be dominating).

Their common rarity enables them to be over-levelled and we all know how powerful/annoying such cards can be on ladder. However, they seem pretty balanced so far seeing the stats and may actually help counter the real annoyance on ladder (cough Elite Barbs cough).

Switching from Knight + Archers may not be such a great idea because even though they cost 1 elixir less, you are gonna add a higher cost troop in the remaining slot and thus increase your deck’s average elixir. (Unless you add Skeletons or Ice Spirit. In this case, the average elixir cost remains the same)

Here are some cards that will work great with the Rascals in the Challenge. Pick them If you have the chance.

Rascals and this bad boy can be dope. With R.Boy’s High HP and R.Girls’ High DPS, it is a perfect combo.

Tank + Support + Graveyard. Classic. Not much to say here. Can be used when opponent is low on elixir or when one tower down.

Mortar and X-bow both will be benefitted with Release of Rascals as its gonna be cheaper to protect your buildings.

Play Rascals. Wait for opponent to use The Log. Throw in Goblin Barrel and Goblin Gang. Ah, the feeling.

Neither the R.Boy nor the R.Girl deal splash. So, having AoE cards is necessary for the Rascals to cause menace.

Freeze for 1 sec to make the Rascals do their job in an easier way.

Tank with Rascals and Spank with Bats, Minions and Minion Horde. The Air and Ground combo also makes this hard to counter on your side of the map.

How to counters to Rascals?

The general way to counter Rascals is simply taking out the R.Girls and then focusing on R.Boy. Treat R.Boy as just another melee tank and use just the normal cards you use to kill them.

Here, I will be talking about cards which counter Rascals 1v1 (with the help of Crown Tower) and not card combinations.

With high DPS, these can take care of Rascals with ease.

However, beware of Spells or Splash Troops.

Not sure about the interaction with Bandit and Royal Ghost yet.

Generally, place them behind the R.Girls and kill them (as they are the higher DPS units) and then it’s just a battle between your troop and the R.Boy which rather easy as he can’t dish out much damage and the battle is on your side of the arena.

With their Splash Damage they can take simultaneously hit all the 3 units.

Can one shot the R.Girls while the R.Boy would die soon enough.

You can use him first to kill R.Girls by placing him behind them and let R.Boy come close enough for Hunter to be able to do max damage.

Or another tactic, is to use Hunter’s range and splash by placing him at the centre.

Thus, he can be used as a Melee Troop or a Splash Troop.

However, the R.Boy has high health he may end up killing the Barbarian and get couple of hits off the tower.

Pick a Win Condition: This is very simple!

Picking a win condition is the most important move in draft matches. This will decide how easy it is to take down the opponent’s towers.

Here are the best win conditions in the Draft Challenge right now:

Pick cards that counter the other: Another straight-forward tip!

Sometimes, the better choice is making your opponent’s deck worse, not making your deck better.

For example, If you get the Spear Goblins and Heal draft, go with Spear Goblins. Spear Goblins can’t make your deck better but Heal is definitely one of the worst cards in Draft Challenge.

In the normal meta games, people can easily counter Witch with meta cards such as Bowler, Executioner, Knight, Lightning, Baby Dragon etc. However, in Draft Challenges, having those counters is not guaranteed.

Here are some of them:

If you have Sparky in your hand while the opponent doesn’t have any Zap effect or swarm card, he will find it extremely hard to deal with the Sparky. This is even worse If you have a good Sparky combo such as Giant Sparky or Sparky Tornado.

Do not forget spell!

Always pick one of these If you have the chance: Rocket, Lightning, Fireball and Poison.

In case you don’t have any win condition, or your win condition gets countered hard, you still have something to deal damage.

Although Musketeer can solo kill Baby Dragon, pick Baby Dragon because it is a hard counter to your Graveyard. Also, If you are lucky, you can combo it with Tornado + Graveyard later on. 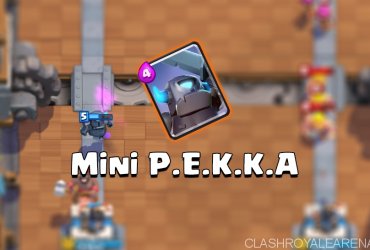 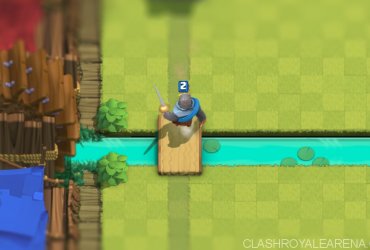 Because the Knight use rate in high Arenas is very low, I am going to point out some great uses of this guy, especially while dealing with Legendary Cards. I …