Hello my friends, If you are getting struggled while pushing to Legendary Arena 0 Arena 8, I would love to introduce this free-to-play deck to you guys! This is an amazing deck which takes advantages of Giant, Valkyrie and Poison Spell :D. I am sure you guys will like this deck! A big thanks to Kobra9 for sharing this deck with us! 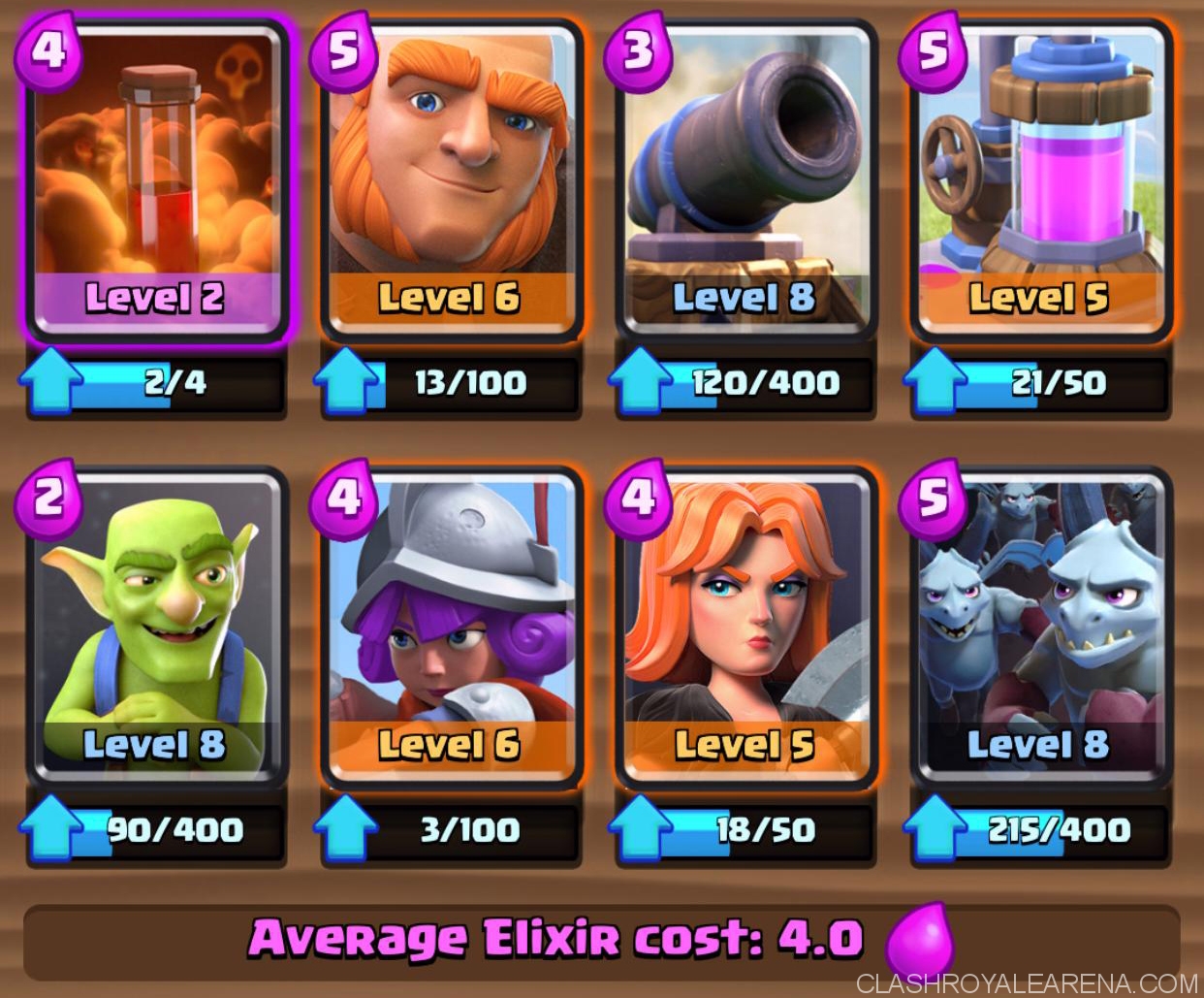 Giant: Giant is definitely one of the most popular cards in Clash Royale! With the relatively cheap Elixir cost, Giant has an incredible HP and damage which makes its an ideal tanker for many decks. He is the core of every single push of this deck. Inferno Tower is the biggest counter to Giant but you can deal with it with well-timed Minion Horde or Goblins. Sometimes I use him as the last card to deal with dual prince combo when I don’t have any better card.

Valkyrie: I was using Bomber before instead of Valkyrie but after switching to Valkyrie, I have gained more than 500 trophies so far. Along with Goblins, our Valkyrie can easily deal with Hog attacks extremely well. Once the opponent’s Hog starts hitting your Cannon, you can place your Valkyrie right between that Hog and his support troops behind to take them out in just 1 swing. Valkyrie is immensely helpful on defense as you can use her to finish off the backline of a push. Drop her next to Wizard, Musketeer,… and them will be killed immediately. She is also a good next to your Musketeer in a push because she can deal with melee troops your opponent uses to kill your Musketeer!

Poison Spell: I decided to use Poison Spell instead of Arrows because of the win conditions of this deck as well as it easily counters Hut decks. The win condition of this deck is an end game push. Poison Spell effectively helps you disable your opponent from using small troops to kill your backline while dealing damage and slowing down Tower and all buildings within the radius. After a lot of tests, I can confirm that Poison makes this deck a lot more easier to use!

Musketeer: This is a pretty basic card and is the main damage dealer of this deck in pushes with Giant. On offense, she is great at dealing with Baby Dragon, Cannon. Minion Horde,… I always love using Musketeer because of her versatility. You can use her in almost every situation. She is also extremely effective at dealing with Princess before she does loads of damage to your tower. You will always want to use your Musketeer to deal with Balloon but just don’t place her next to your Tower as your opponent can Freeze both of them.

Elixir Collector: This is definitely the best card in Clash Royale right now, it is also the most important cards in this deck. It helps you set the tempo for the entire match because it usually force your opponent to attack you first then you can easily choose how to counter him while gaining the Elixir Advantage which will set you up for a very big push. I really want to note where you should place down the Elixir Collector. If your opponent uses Lightning or Rocket, don’t place it right next to your damaged Towers. Always drop your first Elixir Collector in the middle to distract your opponent’s troops.

Minion Horde: Minion Horde is one of the best counters for P.E.K.K.A, Giant, Golem, Giant Skeleton,… I use it on defense most of the time. They always can deal loads of damage before your opponent’s Arrows hits them.

Cannon: Cannon is one of the best defensive building in Clash Royale with nice Elixir cost and decent HP. If you have problems dealing with Hog Rider, you definitely should give Cannon a try. Just place it a few tiles ahead of your King’s Tower and your opponent’s Hog always get distracted. Moreover, Cannon is also very useful at dealing with Prince, P.E.K.K.A (remember to use your Goblins to soak damage and protect your Cannon).

Goblins: Last but not least, These small guys are primarily used for distracting cards such as P.E.K.K.A, Prince, Hog, Giant Skeleton,… on offense. The main reason I decided to use Goblins is because they are just extremely good to defend against Hog Rider when get coupled with Cannon, while Hog Rider decks are the most popular ones at this time. You can get an Elixir Advantage when defend with Goblins + Cannon against Hog Rider combos and build up your Elixir for your big pushes later.

Early Game: Ideally the best card in your starting hand is the Elixir Collector. It helps you set the pace of the battle and force your opponent to attack you first. Be careful! Don’t overextend with your Elixir in the early game as you are very susceptible to counter pushes. Most of the time, you will be able to break your opponent back from the early game with a Giant push in x2 Elixir time.

Late game (x2 Elixir time): Ideally you should have at least 1 Elixir Collector standing when this kicks in. The core push I usually use is: Giant in the back of the King’s Tower = gives you enough time to invest the push. Then Valkyrie + Musketeer behind the Giant. If the opponent plays Inferno Tower, I would love to use Minion Horde or Goblins to counter it. Poison Spell is the last stage of this push (drop it on top of your troops and opponent’s Tower). A lot of times I find opponents giving up and trying to push the opposite lane. You have a lot of counters to Hog Rider, P.E.K.K.A,… so don’t worry! 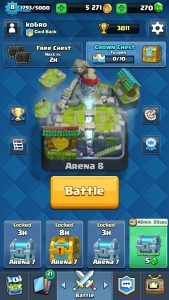 Okay guys so that’s all I want to say about this deck. Hope you can get to the Legendary soon with this deck. Don’t hesitate to ask me any question whenever you need help! You rock guys! 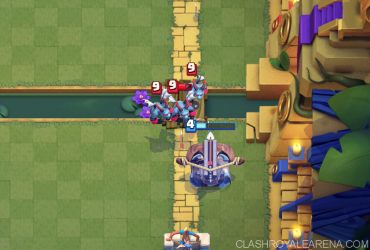 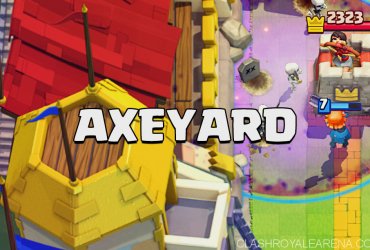 Hey Guys! It’s lightningmaster823 here and today I will show you a good Night Witch Graveyard deck that had gotten me 11-3 in a Classic Challenge (sad life). AxeYard Deck …