Hey guys! Today I’m bringing you another deck to help you guys get into Legendary Arena! This one is one of my favorite decks to play at the moment. Currently I’m sitting around 3100 trophies with this deck and have steadied out. This is a very effective deck around the 2800-3200~ trophy range. You can apply pressure to mortar decks, melt down P.E.K.K.A and Golem decks, and blast away at spawner decks! 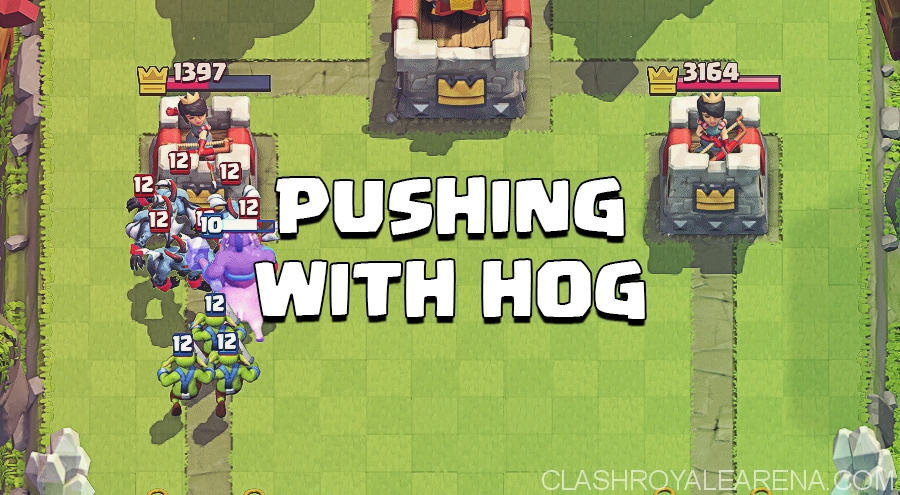 Push to Arena 8 with Hog Rider!

Zap: Zap is definitely one of the best Spells in Clash Royale IMO. A well-placed Zap can change everything of a fight instantly and catch the opponent off guard. Zap is an awesome card on both offense and defense. You can use it to deal damage and stun backline troops for 1 second. You can also stop Prince’s charge with it. On offense, you can use Zap when Minion Horde Vs. Minion Horde and protect your Hog Rider + Goblins when they are hitting the opponent Tower. And of course, you can use Zap to stop the opponent Hog + Goblin combo!

Goblins: Seems like Arena 8 may choose Goblins over Skeletons. This is such a huge punch for 2 Elixir! You can send them behind behind your Hog Rider and can use them to defend against a bunch of pushing combos They are great at distracting P.E.K.K.As, Prince, Giant Skeleton,… Additionally, they are great at killing  Musketeer and Wizards (take a look at here to see how to kill Wizard with Barbarians, Skeletons and Goblins).

Cannon: Cannon is the cheapest defensive building in game and is one of my favorite cards. You can use Cannon to trade well against Hog Rider. Normally I just use the Zap If my opponent use small troops to back up his Hog. Hands down, Cannon is perfect at dealing with almost every ground troop.

Minion Horde: You will need these small, fast and high DPS guys to take down Golem, Double Prince, P.E.K.K.A, Balloon, … Normally Minion Horde can deal tons of damage before Arrows hit them. A well-timed Minion Horde can easily down with any big group of ground troops.

Hog Rider: Undoubtedly this is everyone’s favorite card in Clash Royale. You can deal loads of damage by sending him with or without Goblins. Sometimes I even couple him with Minion Horde when I have an Elixir Advantage, especially at the beginning when the opponent drops his Elixir Collector. If your opponent drops a buildings in the middle of his field to distract your Hog, simply use this trick to bypass it.

Fireball: Fireball is one of the most useful cards on both offense and defense, for sure. Even just 1-2 well-placed Fireball can help you win the game.

Elixir Collector: Obviously Elixir Collector is the best card in this update. Elixir Collector definitely has no hard counter at this time. Playing Collector gives you 2 free Elixir and forces your opponent to react. Elixir Collector also acts as an extremely high HP defensive building which can soak damage and protect your troops/Towers. I place it behind my Cannon and Inferno Tower most of the time.

Inferno Tower: We all don’t like P.E.K.K.A, Golem, Valkyrie, Baby Dragon,… especially in Arena 7, where you can face P.E.K.K.A and Golem a lot. Just make sure you place it properly so your opponent can’t freeze both it and your Tower. 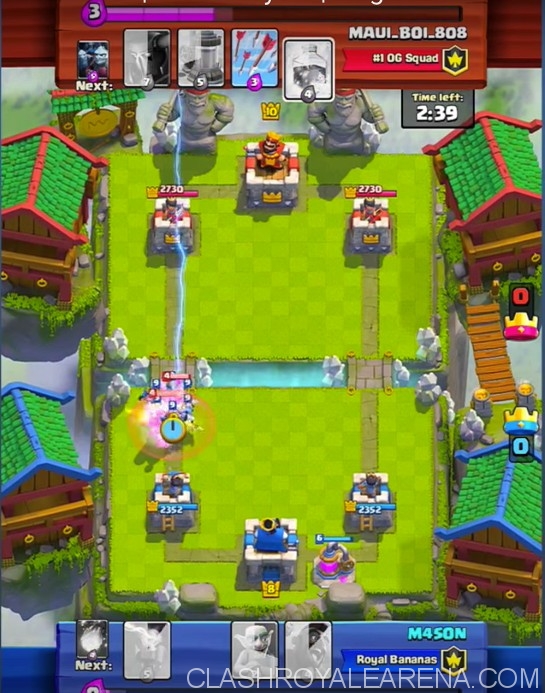 Alright guys, our main strategy while using this Hog deck is to send in your attack combo (Hog + Goblins, Hog + Minion, or Hog + whatever) as many times as possible as this is a beatdown deck, depending on cards you have in your hands.

Most of the time your Hog will be hit badly, that’s why you need to keep track of what cards your opponent has and has been used. For example, If my opponent doesn’t has the Cannon in this cycle, he will probably use Barbarians to deal with my Hog Rider, I will shoot the Fireball right in front of the Tower in order to deal damage to it and Barbarians, after that, I will use my Zap so my Hog can deal a decent amount of more damage. Some players are slow to adapt and keep using the same cards in the same positions to deal with my combos, they become very predictable and you can get a hug advantage over them. 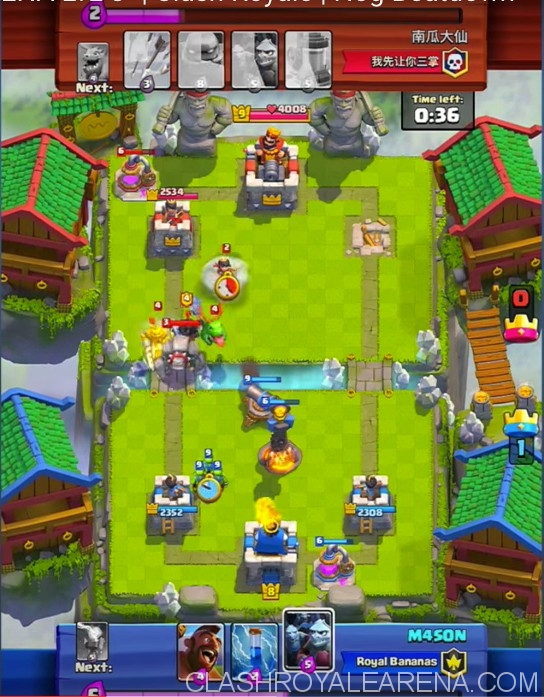 P.E.K.K.A/Golem/Giant: You can just attack the opposite lane with your Hog + Goblins combo. This forces your opponent to defend and makes his deadly snowball a lot less scary. You will want to place your Inferno Tower or Cannon down. Use your Minion Horde and well timed Zap to shred through those tankers as well as the backline troops.

Mortar? Most of the time I get draws when face these matchups, unless the opponents make misplays. You can easily counter any Mortar Deck with Hog, Fireball, Cannon, Minion Horde,… Mortar Decks only attack one lane so you will always want to have your Inferno Tower or Cannon up to melt it. Fireball If he uses Barbarians to defend the Mortar to make the most use of it. If he drops Minion Horde, drop your Minion Horde and use Zap to stun his Mortar + Minion Horde and to deal additional damage. Don’t forget to use your Elixir to tank Mortar hits!

Hog Decks: Set up Cannon to lure Hog and Zap the backline troops (Goblins, Archers, Spear Goblins, Musketeer,…). You can use Minion Horde to stop Hog + Goblins then launch a strong counter push immediately. Truly it’s sometimes not easy to defeat Hog players as each other knows how to counter the opponent’s pushes well. The more patient player will win this.

Hut Decks: Send your Hog + Goblin on the opposite lane immediately If your opponent drops the Barbarian Hut (that’s 7 Elixir). You will want to time it correctly so you can fireball it once the 2 Barbarians get spawned. Keep defending with your Cannon and send Hog on the opposite lane. Don’t worry, I always defeat Hut Decks while using this Hog Deck!

Okay thanks for reading guys! I hope you will like this deck and will get a lot of trophies with it. Good luck! 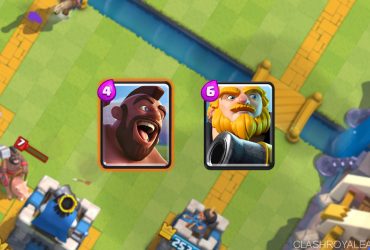 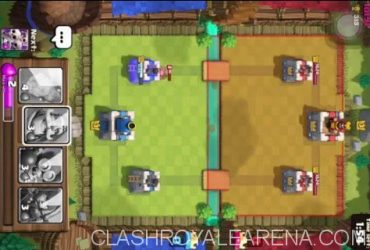 List of tips: Use arrows on troops, never crown towers unless they are extremely close to being destroyed and the match will be over in seconds, as they do less …