Hello Clashers! This is KairosTime coming out with a deck guide on the Prince-Nado deck! It uses consistent tower damage with the Hog Rider and features the Prince-Nado combo that’ll completely blow your opponent away! This powerful combo isn’t easy to master, but with this guide, and the video, you’ll be able master it with some practice! 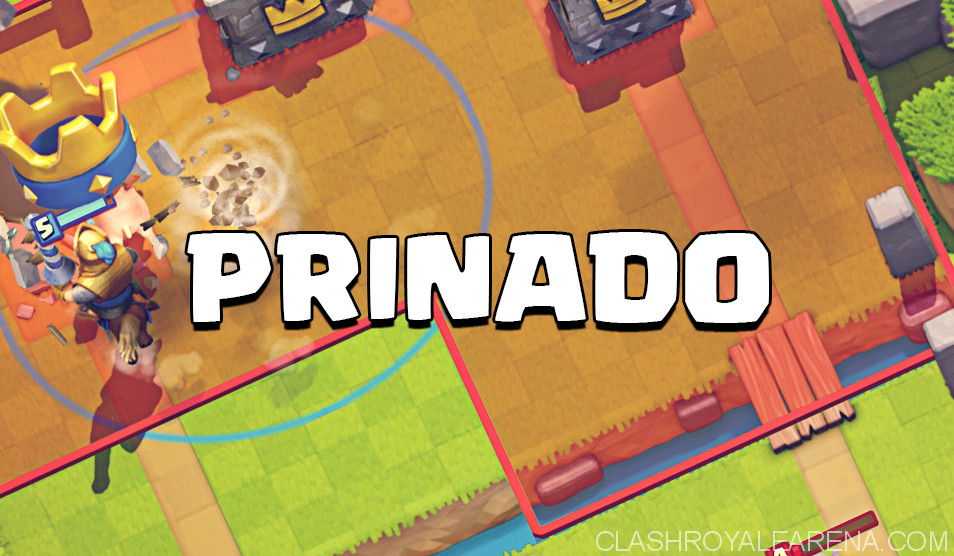 The Log – Switch this for Zap if you don’t have it. Although they don’t act exactly the same, they are both good cards, and the Zap can be used to clear a Skeleton Army quickly, which makes it another solid choice.

The Tornado is a high skill, high reward card. That means that if you don’t know how to use it right, it’ll fail you and you should practice. If you know how to use it, and can use it right, you’ll be able to completely throw your opponent off guard. The trick is to place the Tornado where you want your opponent’s troops to move, rather than where they are, like you do with other spells. I’ve learned of 2 strong ways to use it that works extremely well with this deck!

Although they don’t act exactly the same, you want to find out what counters your opponent has to the Hog Rider and the Prince. In particular, you want to know what defensive buildings and distraction units are in their decks. Usually, the easiest way to do this is to send out a lone Hog Rider to the tower and see what your opponent uses to counter it. I don’t recommend playing your Prince right in the beginning unless it is in response to a quick tower rush. If you don’t have the Hog in your opening hand, you can always play a defensive Musketeer behind your king’s tower and build up a push. Once you know what counters are in your opponent’s deck, it’s time to play around them.

Skeleton Army – This is another card that counters both the Hog Rider and the Prince. Although the Tornado will clear a Skeleton Army, I wouldn’t recommend using it to clear the Skeleton Army. Because of the mechanics of the Tornado, there are so many little Skeletons that Tornado does very little to move them out of the way, which will mean that your push will most likely be stopped before the army is destroyed. The best way to deal with the Skeleton Army is with The Log. This can be done preemptively if you know your opponent is going to use it, or reactively if you are fast with it.

Inferno Tower – This also counters both cards pretty well. The best way to deal with a defensive tower with a lot of health like the Inferno Tower is to build up a push with your Musketeer. Once the Musketeer is about to cross the bridge, you want to place down your Hog Rider so that the two of them will work together to clear the Inferno Tower pretty quickly.

If your opponent has only 1 of these counters in their deck, it’s just a matter of waiting until they use their defense to stop the Hog Rider or Prince, and then striking with the other when it is out of their deck rotation. If they have multiple counters, you’ll have to be creative about which cards you play. I’ve found that building up a big push with the Musketeer, Ice Golem, Mega Minion, and either the Prince or Hog Rider is a good way to handle these types of decks.

Golem and Giant Decks – These decks are hard to stop, but if you know your opponent has this type of deck, the best thing to do is to wait for them to place their tank, and counter attack the other lane with your Hog Rider. Then, you’ll want to prepare for their push. The best thing you can do is use the Ice Golem to separate their Mega Minion from the tank, and use the Musketeer to clear that Mega Minion. Then, you’ll want to use your Prince to clear other support troops so that he can then clear the heavy tank.

Lava Hound Decks – Once again, rushing the other lane is going to be very helpful once they drop their Hound. When it comes to defending, my favorite thing to do is to use the Fireball and Tornado to clear both the Lava Pups and the supporting troops. I prefer this method because it is less likely to be countered by the Lightning. A Fireball and Tornado will clear most support troops that are used with the Lava Hound, including the Ice Wizard and Mega Minion. If needed, you can use the Fireball to finish off the Lava Hound and then use the Tornado to pull them away from the tower along with finishing off those nasty support troops. It also works to use the Tornado first to pull all troops into one spot, which you will gladly fireball afterwards.

Other Decks – For most other decks, you will want to use the Prince defensively and pair him up with the Tornado for a powerful push. When the right cards are out of cycle, you’ll want to use your Hog Rider and Log or Fireball to finish off the enemy tower.

Thank you so much for reading this guide! I hope you learned something and enjoyed the guide. If you have any questions at all, feel free to leave it as a comment in my video and I’ll respond as soon as I can! 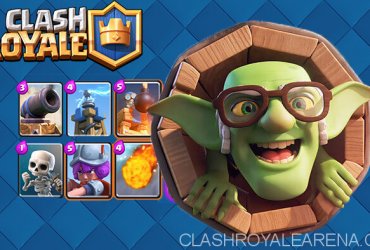 Now before you guys close this tab because I made another pekka deck, read the guide. I made a hybrid bait control deck (weird, right?). With golem, giant, and princes … 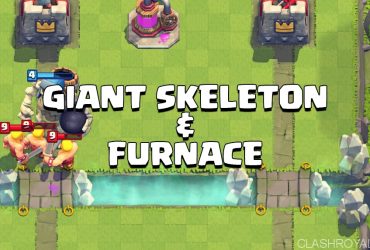 Hey guys, today I am going to show you a new Giant Skeleton + Furnace deck, the new Meta Breaker. This deck utilizes Giant Skeleton and Bomber, which are going …