This P.E.K.K.A Trifecta is such a very funny and very strong deck. I was testing it yesterday and got 10 wins in a row in Legendary Arena. Let’s take a look at this deck guys, you will like it for sure! 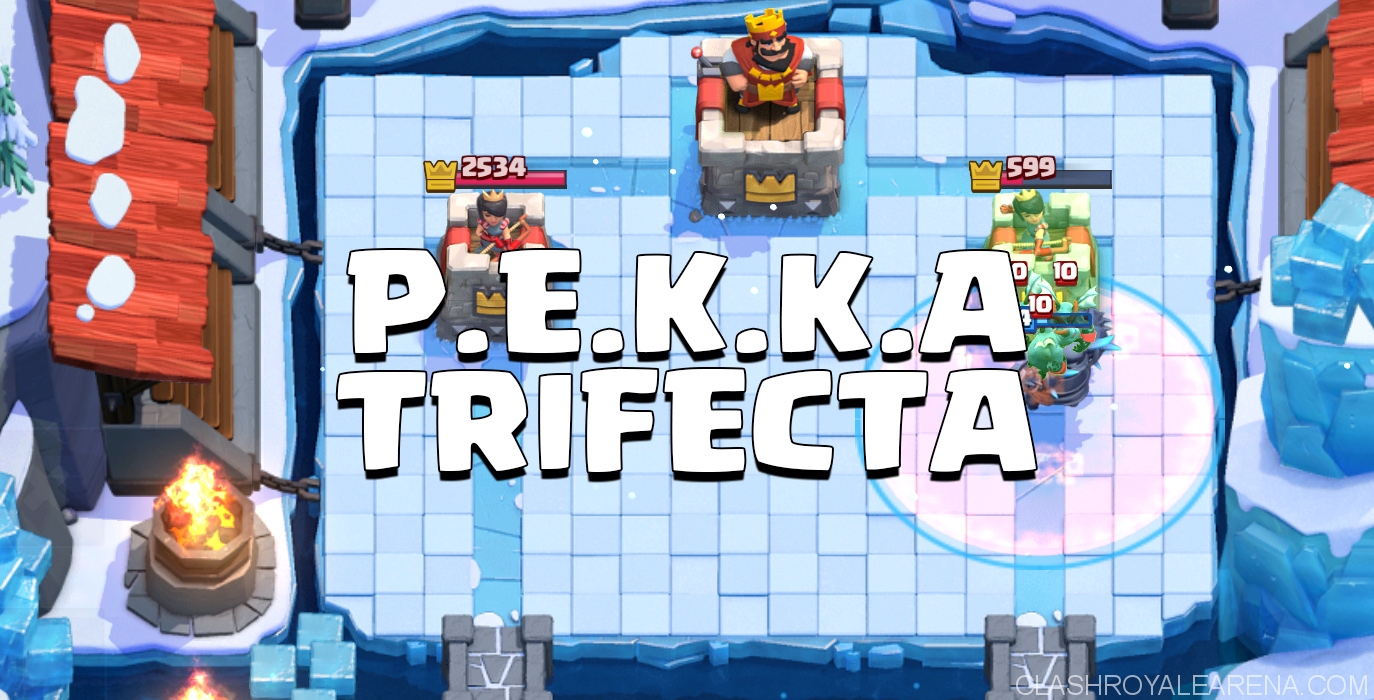 As we all know that since the 11 Elixir trick was nerfed, P.E.K.K.A Double Prince deck is not really good as before. But with the support from splash damage dealers, Dark Prince and Wizard, this deck can help you to easily steamroll the way to the opponent’s King Tower. Wizard + Mini P.E.K.K.A is the shining defensive utilization of this deck as they can easily shred both swarm and tankers (Giant, Royal Giant, Giant Skeleton, Sparky, …)

x2 Elixir time? Just use the same strategy! Drop your P.E.K.K.A behind your King’s Tower. This deck is dominating during the x2 Elixir time. If you can do it well, you can even use

While launching a big push, I usually save only Mini P.E.K.K.A and Skeletons (of course) on defense. Mini P.E.K.K.A is very strong against tank pushes (Giant, Royal Giant, …). But sometimes you have to sacrifice the Wizard for defense in order to deal with swarms. Pay attention! Don’t use the Poison on offense If your opponent didn’t drop any horde. Don’t over commit If you know that your push always gets halted.

During the test, I defeated Royal Giant Decks, Giant + Balloon Decks, Hog Trifecta, some Miner Decks, Spawner Decks and some other P.E.K.K.A decks. Lava Hound is hands down the hardest matchup for me while using this deck. It is unbeatable because we don’t have any defensive building.