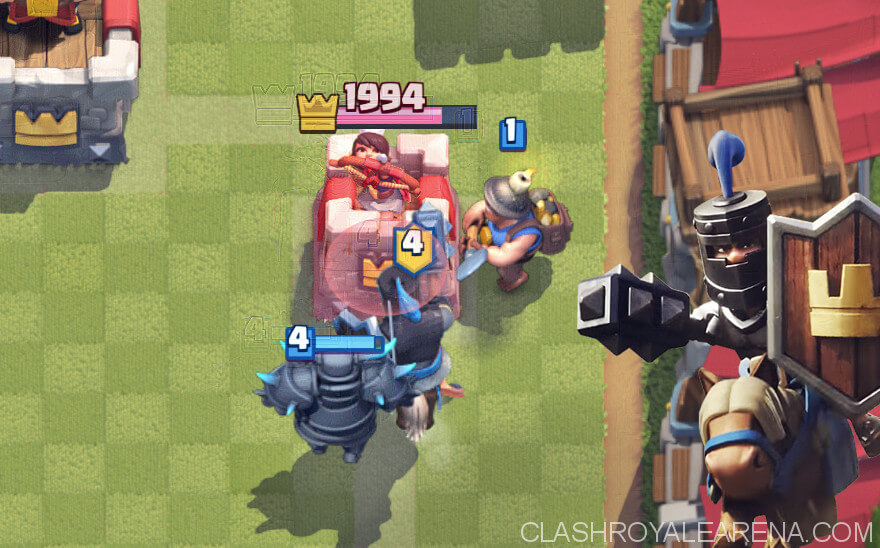 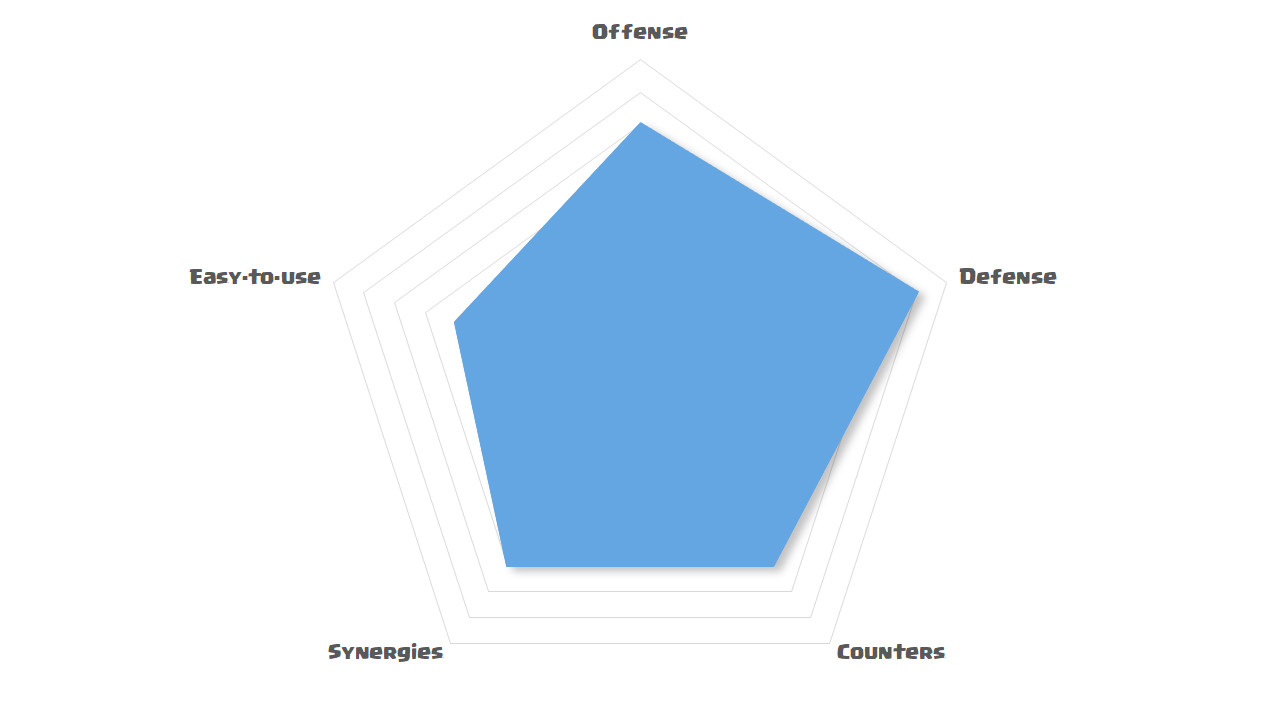 P.E.K.K.A: A defensive and offensive beast.

It will wreck anything your opponent plays in its path. Use your spells and AOE troops to clear the way of those pesky Goblins and Skeletons.

Dark Prince: This guy has been very good in the current meta.

He is tanky and deals AOE damage. He can kill huge swarms with his charge. He will help clear a way for your P.E.K.K.A.

He can travel anywhere in the arena. He is also surprisingly good at defense. He will help chip at the Tower you want to take down.

Poison will slowly kill your opponents troops and towers. It will help 1 or 2 tap swarms meant to distract your P.E.K.K.A.

Zap: We all know how to use Zap.

Also pair with E-Wiz to kill Minions or Minion Hordes.

They just are so strong defensively and can get chip damage if left alone.

Electro Wizard: Very helpful against those Inferno Towers or Inferno Dragons that just melt your P.E.K.K.A.

It will also help against Giant Sparky decks.

For 3 Elixir they are very versatile and have pretty good DPS. I like them because P.E.K.K.A + Minions can do work, the P.E.K.K.A kills the tank, and the Minions clean up everything that is meant to kill your P.E.K.K.A.

All these substitutions work but I think this version of the deck is the best. So if you have all the cards at a good enough level then use this version. The only thing that might make it better is Log (but my Log is only lvl 1 and I’m at 4.1k).

Like any control deck you should play it slow.

Leaking Elixir in the beginning because you have a bad hand is fine.

I don’t like playing the first move since I have each of these cards for a specific purpose and if you just cycle that card you might not have a counter.

For example if you start with a Miner and they defend, then Pump, then you have to Poison the Pump and they will probably 3 musk or something.

Or if you play Dark Prince in the back and they E-Barbarians opposite lane.

Last is if you E-Wiz in the back and they drop Sparky other lane -_-.

Find out their deck and only do a big push if they make a mistake or overcommit.

You should know there deck by know.

Because there are so many possible decks to go against I will just give an overview.

You should be either, pushing to take the Tower with one huge push then defend till the end or, keep defending and just chip with Miner and poisons.

You should do whatever fits the scenario. Punish them on any mistake no matter how small.

Even if they accidentally Zap their Tower, drop a Dark Prince, Minions and Miner. Don’t let them take your Tower and try to allow minimal chip damage.

If you have to let a Ice Spirit get to your Tower every now and then because you don’t have a good card, fine.

But don’t try to Tower trade unless you know for sure you will lose the Tower.

Golem: Probably one of the easier matchups.

Miner their pumps and if they defend it well Poison. Don’t let them get a Elixir advantage on you.

When they drop a Golem, punish opposite lane. When the Golem crosses their arena Tower you can P.E.K.K.A in the back. Poison on defense and use Guards to soak up shots from glass cannons.

After the Golem explodes, play Dark Prince or Minions to clean up

Let them drop the P.E.K.K.A first.

If they drop it wait for it to come to your side then defend it and counter push.

You should play Guards right before their P.E.K.K.A targets yours. This should keep your P.E.K.K.A alive.

You have to wait until the supporting troops are targeting your P.E.K.K.A till you drop the Guards since they will probably have some sort of AOE troop.

Repeat until you take their Tower.

Miner their pumps and Poison or Zap if you can get value.

Save Zap and E wiz for the Minion Horde. P.E.K.K.A on the side they are pushing harder on.

For example if they have Ice Golem, Ram, and 1 musk on one lane, and 2 musks and Goblin Gang other lane, P.E.K.K.A the 1 musk lane, and Miner then Dark Prince on the 2 musks.

Play smart. You will have to be more aggressive closer to the end since they will be relentless if they are a good 3 musk player. Save Poison for the 3 musks if you can.

In the first part you should use Guards on the MK to counter it perfectly.

Just P.E.K.K.A their MK and Dark Prince plus minion on the support.

Go P.E.K.K.A and Minions one lane for a push and if they MK on it, go Miner Dark Prince opposite lane.

Get good Poison and Miner value and you should win.

Try to punish early and take a Tower or draw it out until the end.

If you draw it out you should wait for them to try to Rocket cycle you, then go really aggressive.

Poison the Princess, Zap Barrel or Gang and use Dark Prince on the other.

P.E.K.K.A on the Hog when it gets to the end of the game and you can’t allow damage.

In the beginning use Guards or Dark Prince on the Hog.

Try to get a lot of quick Miner pushes down. If you defend well you will either draw, or win.

Save e wiz and Minions for the Lava Hound.

I would P.E.K.K.A opposite lane if I see them drop Lava Hound.

I do this because if I went same lane their supporting troops would decimate my P.E.K.K.A then kill my Tower. This way they have to divert their Elixir to defend against my P.E.K.K.A.

Use a Dark Prince with the P.E.K.K.A then Poison on defense. You can also use Guards or Miner to tank against Lava pups.

Try to cycle quickly to get a lot of Minions and Electro wizards.

P.E.K.K.A on the Giant. Then use Dark Prince and Minions on support.

You can Poison on defense if needed as well. Try to keep to their cycle and don’t overcommit on defense.

When Sparky crosses the bridge drop e wiz then immediate P.E.K.K.A on the Sparky.

Use Poison to clean up support swarms. Use Guards or Dark Prince to tank glass Cannon shots.

You could also drop Dark Prince or Guards to distract the Sparky then use P.E.K.K.A on the Giant and Dark Prince and Minions on the supporting troops.

I’ve played it for a while and it seems quite consistent, I only really lose because of card levels

Once you master the deck it shouldn’t be hard to play. You will know what to do in every situation.

Well, that’s another control deck from me, Heiny, peace out till next time.