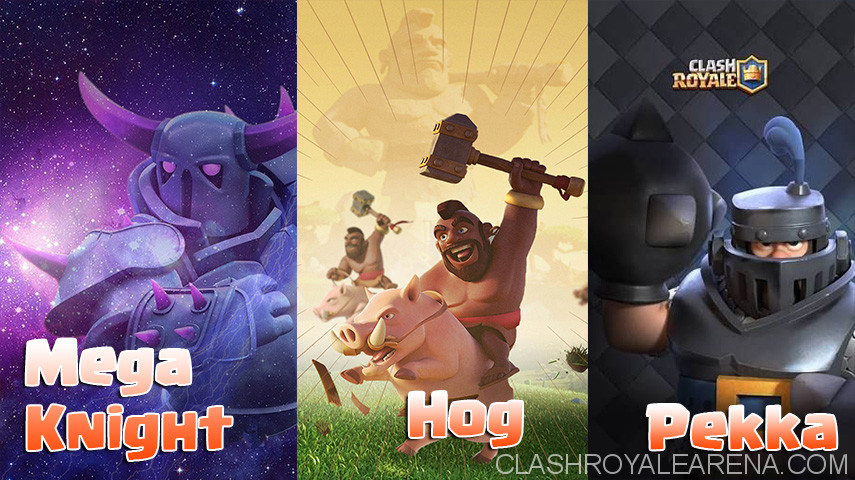 What’s up guys, this is MacTavish with my first guide on ClashRoyaleArena! I have been longing to write a few deck guides and here I am with my first one – The Pekka MK Hog Deck.

First off let me tell you guys that this deck is not a typical Pekka MK beatdown deck. This deck is pretty unique in terms of the shift of playstyle one can have within a battle. I reached 3800 cups with this deck being a total F2P…My cards were in general one level above TourneyStandard and I still made it, So you can too! Without further delay lets get right into it.

Firstly, this deck, inspite of having high Avg elixr cost doesn’t need an Elixr Pump ! The main distinction between this deck and standard PekkaMK decks is that you need not really create a beatdown to get your opponent. This deck can be converted to 3 playstyles :

The main aim of this playstyle is to constantly chip off opponent’s tower by Hog rider, Bandit and Poison combo. This is particularly useful when you dont exactly know your opponent’s main win condition. More information below in strategy section.

The main card for this play style is Mega Knight. Wait for your opponent to build his pushes and then counter them using Mega Knight making positive elixr trades and finally make small counter pushes.

Most apparent playstyle is Pekka MK beatdown. This is an insane combo and with an Electro Wizard behind its almost unstoppable. This playstyle is very strong in 2X Elixr. Inspite of being in beatdown class this deck has no requirement of a pump !

She is your main tank Killer. With the meta revolving around Mega Knight she can be very handy against him creating massive counterpushes. Remember ! Pekka is not your main Win condition. Use her mainly on defense and counterpushes, unless in 2X elixr.

Needless to say, Mega Knight is the best Glass cannon and swarm clearing card. He can really create great counter pushes. He synergies great with Bandit and Hog. You can use him as a win Condition in this deck.

He can be said to be your main win condition. Your opponent on realising that you have Pekka MK would be preparing for a beatdown from you. This is one of the crucial aspects of understanding the deck. Pekka MK would confuse your opponent and this is the time to use Hog Rider. He would be most unexpected and irritaing to deal with. Also he can help to clear out buildings for your Pekka MK beatdown.

One of the best punishment cards. Opponent drops Golem or Lava at back…No problem…Push other lane with Bandit Ewiz. This combo can shut down a tower if not countered. Bandit synergises very well with Mega Knight. Bandit is a great card for the Chip Damage playstyle of this deck. She can be great to clear a lone glass cannon too creating a counter push with bandit forcing opponent to spend more elixr.

Your primary defense card. He synergises well with all cards in this deck. From resetting infernos to clearing swarms…He is your main utility card of the deck. His spawn Zap is great too. Electro wizard behind Pekka MK is simply Great. He would fit in all playstyles of this deck.

He is your main Aerial units clearer. This card is one of the best defense cards in the game in my opinion. He has very high damage output making him ideal in clearing small pushes and aerial mini tanks.

This is my favourite Spell ! Poison is simply great card ! It deals more damage than a fireball, has a 8 sec duration nullyfying any swarm placement and great in chipping towers off. Get this card as high as you can. There was a detailed guide on ClashRoyaleArena over this card posted by someone. Do check it out !

A very versatile spell. For 2 elixr, it can shut down skeleton army, goblin gang, Stop a charging troop, Reset infernos, give you one extra hog hit and what not ! Zap is best when overlevelled. Lvl 13 zap one shots Lvl 11 Minion horde and Lvl 12 Gobs ! 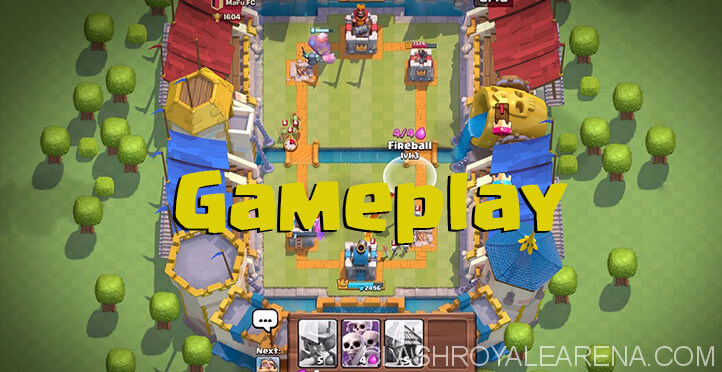 This is the time when its most recommended to have control approach. Understand what your opponent has and go defensive making small counterpushes. Don’t rush…Just try to know all your opponents cards and win conditions. Convert your playstyle to Control approach during this time of battle. The thing about this deck…It has a lot of win conditions. You can chose which one to use mainly according to your opponent’s deck. Overall just make juicy positive elixr trades during this time.

This is the time to convert your deck to Hog Cycle or Chip Damage type. Start taking on your opponents tower bit by bit. Use Hog Rider mainly on offense and Pekka MK on defense. Understand your opponents playstyle and reactions. For Example, if your opponent reacts by placing skarmy over hog rider…Play a prediction poison beforehand. If your opponent uses inferno tower to shut down your hog, seize the oppurtunity of your opponent’s lack of tank killer and place your Mega Knight and vice versa. By end of this time period you should be able to evaluate your opponent properly. However your deck’s form is still a mystery to your opponent ! ( Assuming you have shown neither Pekka MK or just one of them ) Pekka MK are basically there to confuse your opponent and take on his tower by surprise through a Hog Cycle type deck.

This is the time where you are free to select your playstyle and archetype from above mentioned styles by understanding your opponent’s hand and playstyle. Pekka MK beatdown is very strong during 2x Elixr. Ideally you would want Pekka + MK + Ewiz + Poison to annhilate your opponent. You can push for three crowns with this push. But don’t get greedy. Assess the conditions and proceed accordingly. For example, if one of your opponent’s tower is down and your tower has considerable HP left, keep on defending and spamming Pekka Mega knight. If the situation is tight then you can create a beatdown and support with posion and Ewiz. Also if you have placed pekka and MK in one lane, you can rush other with Hog + Bandit or Hog + Ewiz or Bandit + Ewiz…All can take down a tower by themselves if not countered. Overall this deck is too tough to defend against in 2X elixr.

Very easy to counter inspite of no buildings in deck. Use Pekka to clear golem and Use Mega Knight + Poison to clear glass canons behind golem. Pekka and Mega knight should have considerable Hp left creating Huge counterpushes. I have never lost against a Golem Beatdown user using this deck. 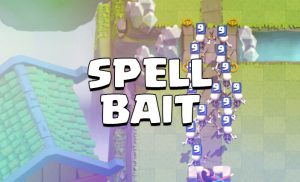 This deck is in meta right now. But this MK Pekka deck can counter Spell bait pretty well. Your deck can be converted to Chip damage so you pressurise your opponent just like he will try to dominate you. Use Ewiz, MK, Mega Minion, Zap extensively. In 2X elixr create Pekka MK beatdown. Spell bait in my opinion is weak against a Pekka Mk beatdown. So go ahead !

I find a few good Bridge Spam based 3M decks in challenges. You got Poison and MK which counter 3M very well. The rest is self explanatory. Create counterpushes and all that. 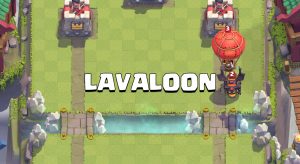 Honestly this is one of the tough matchups. You dont have a solid aerial tank killer in this deck so proceed with caution. When opponent places Lava at back, Just rush the other lane and use mega minion + Ewiz to deal with Lava and the support card behind lava. Pekka MK beatdowns can be risky with this matchup so go all out over control deck playstyle. 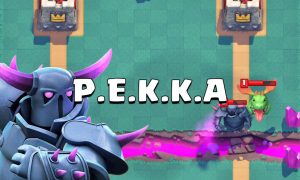 Its fairly easy to deal with these decks. Just Keep on chipping the tower off and wait for MK or Pekka of opponent to come to your side of arena and use Pekka to counter. These decks mainly depend  on 3 crown beatdowns, so they are fairly easy to counter. Use Chip Damage playstyle mainly. 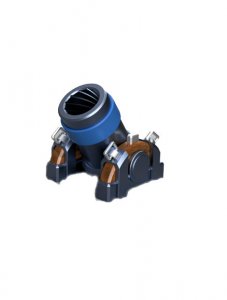 These decks would’t be hard to counter since you have 2 tanks with you + Hog rider. Just pressurise the seige player and counterpush to victory !! Pekka MK beatdown is very strong agaisnt seige players.

Alright Folks thats gonna be it for now ! Hope you liked this guide and enjoyed reading it. For all F2Ps out there good Luck on getting to 4K cups ! This deck works great on Challenges and ladder too.

P.S. I used this deck in The Mega Knight Challenge and won 12-1.

Thanks for Reading guys!