Win Easy with PEKKA and Mega Knight (Free wins inside!)

Hey, guys, it’s Frankly Past3 back at it, with another guide here on CRA. Today we’ll be covering a PEKKA Mega Knight deck. This deck is completely different from all the others out there. Let’s get right into it! 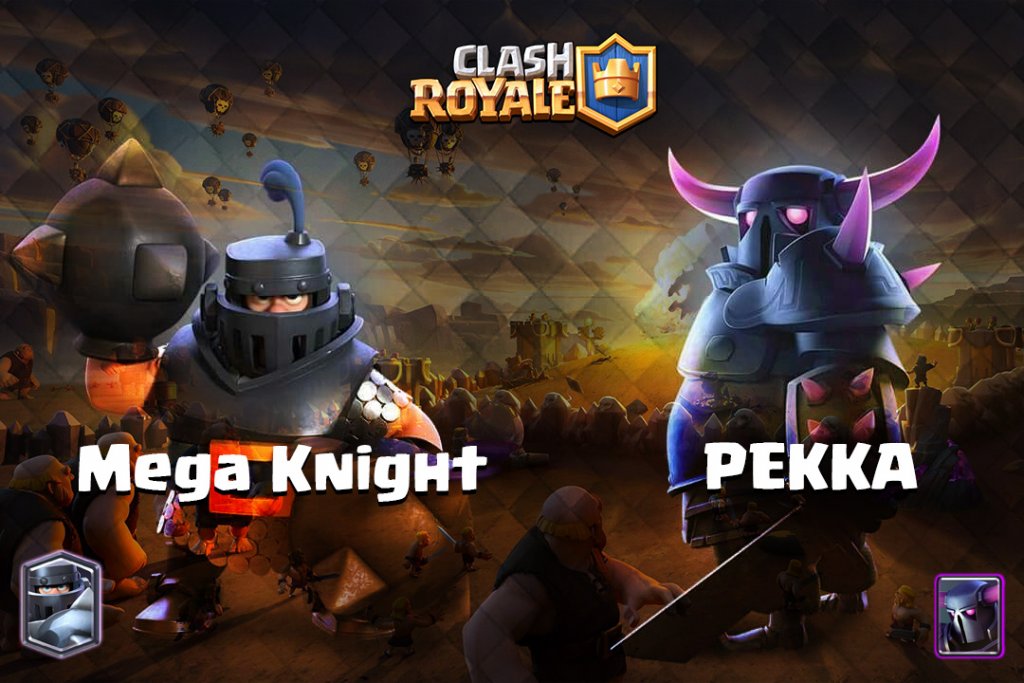 PEKKA: Your main win condition. Never, ever drop a PEKKA alone. With no support troops of spells. It can be counted for massive negative elixir trades. Always send this beast in with support, something to help her out. Your main goal, most of the time won’t be to just send her in. Counterpushes can be devastating, with her slow speed, you can bank elixir. Have a good read on card rotations, to drop spells. Don’t predict. Only do that is she is close by to the tower.

Ice Spirit: The main man here in this deck, use him for anything, seeing as this deck is a light on a few cards, he helps with them or at least mitigates most of the damage inflicted. Use him to assist the inferno Dragon with melting tanks, bringing minion hordes to zappable levels, getting your threats to the tower, splitting combos. The all-round utility in this deck.

Poison: Use it to wipe up swarms and all. Help with the PEKKA and threats (there’s quite a few) getting to the tower. If you have to, use it on defense, and level it up, to kill those heavy swarms (minion horde in particular). Best support in this deck, on offense and in a few cases, defense.

Bandit: With the release of the Royal Ghost, the Bandit has been left in the dark. Ranked on 12th on CRA’s annual best legendary list. Pair her with ice spirit to get that value dash. Left ignored, she can deal over a thousand damage. This is what makes her valuable. A great threat, and with all the others, known to be tower killers, she is prioritized less, therefore having more damage dealt with her.

Ewiz: (Cue spawn noise) This electrifying boy has been controlling the best legendary spot for quite a while now. His spawn zap providing so much value. Pair him with PEKKA or MK post defense, on counterpush. The best thing about him is that the inferno problem is solved, And when the defense is squandered, trigger your trap card and play that poison with the ewiz, to send to opponent into the panic. Never go on this push alone, as it almost never results in a three crown.

Inferno Dragon: Your main tank killer, and probably the most threatening card in this deck. Despite the mega knight’s intimidation and all, this green dragon is the one card that should be prioritized to counter. Lucky for you, this deck as all of the best accompaniments to the inferno dragon. Poison and zap will be the most efficient for the obvious counter of swarms. For the ewiz, carry the MK or PEKKA, MK is preferred.

Mega Knight: Enter the arena with a massive stomp! Get value from this beast, on fireballies, or mid-tier troops, such as the witch, wizard, executioner, Ewiz and the lot. Paired with poison and the ewiz (like the PEKKA), he can decimate a tower with his jump. Most probably the MVP of this deck. He covers the final weaknesses of the deck left (expect for no buildings). Try and get value from counterpushing, with other threats, the finish the enemy with poison.

For this entire duration, you want to work out the counters and rotation, if you can, get a read of their elixir. This is really hard to do, but against skilled opponents, this helps. A way to manage this is by counting trades in elixir. Giving you a close estimate, you can use this to your advantage. Make small pushes. A good starting hand is one where you can go from offense to defense, to counter push. If that sounds confusing let me sort it out. Starting with offense means cards like Ewiz, Bandit, Ice spirit, Poison, with inferno dragon as the next card. Playing the Bandit and ice spirit, you cycle out two cards, enough to get one of the tanks in, if they aren’t in already. This means you can set up a defense with the cards in hand, THEN only to counterpush. That’s a basic principle to work on with this deck.

Cycle the main offense strategy, the base must come from a counterpush. As your opponent will be belting their offenses. Using a tank + Ewiz combo means that you can expect an inferno to stall, then have poison ready. For this to work, rotate and keep poison in your hand, always cycle it out and back in time. Never play this too early. This will stun your opponents temporarily. Giving you more time, to add more troops to the mix. Mega Knight will make it too much to handle, Bandit places pressure and the inferno says Good Game.

3M: Chill now, you have two hard counters, and even when they bait poison, you still have the Mega Knight, the PEKKA works well too. Watch the ram and get value poisons off pumps.

For Golems and the lot, play inferno, have the Mega knight or PEKKA on hand for support. The same principle with PEKKA, except the supporting Ewiz has to die. No doubt. Split combos with Ewiz or Ice Spirit, depending on Cards placed. This makes for a massive counterpush.

Hog and MIner decks should never be a problem. Mega Knight and PEKKA are your best friends. Use the Mega Knight’s Spawn Damage to retarget miner’s and kill hogs, Bandit with the dash, should do a pretty good job. Ewiz with the constant stun also mitigates the damage moderately well.

This is a really fun deck to play, with most of the legendary concept. Try replacements if the deck doesn’t suit you. The deck shop prorating has it marked under all ‘Great!’. That’s all from me. Have fun if you are trying this out. Peace from Frankly Past3