P.E.K.K.A Lightning Deck Which Got Me To 4000+ Trophies – Clash Royale Arena

Hello guys I am Yui and today I am going to share with you an outstanding P.E.K.K.A deck which got me to 4000+ trophies last season. This deck is even much stronger now since Lightning stuns the targets for 0.5 seconds. I hope you guys will like this deck, it is fairly easy to use to me! 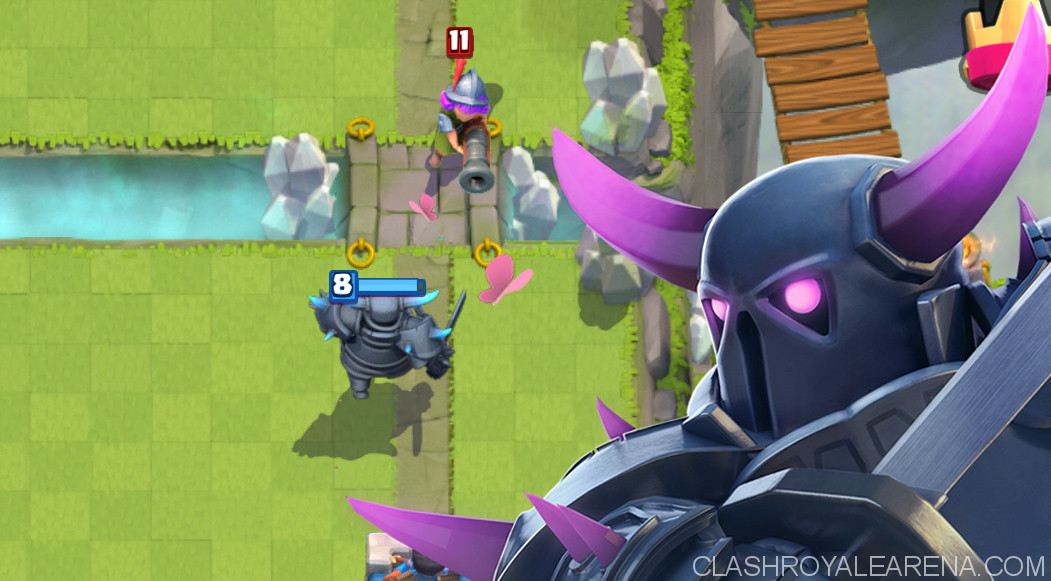 P.E.K.K.A is the main win condition of this deck, obviously. She is excellent against Giant and Bowler combo (Bowler can’t push her back), which is extremely popular in the current meta game. Since she has a very high Elixir cost, I don’t play her until the x2 Elixir time unless I have at least 1 Elixir Collector on the ground. I usually place her at the back so I can have enough Elixir to launch the big push when she is about to cross the bridge.

Ice Spirit is one of the best cards at the moment. It provides a huge advantage with the price, it freezes everything for 2 seconds. Ice Spirit is excellent against Miner, Sparky, Giant… It also deals nice damage to help your Ice Wizard finish off the enemy support troops. On offense, Ice Spirit is also super helpful when coupled with Mini P.E.K.K.A. A deadly Mini P.E.K.K.A + Ice Spirit counterpush is enough to finish off a half HP Tower.

Elixir Collector is probably the most important card in this deck. It runs the deck. It gives you a huge Elixir advantage and force your opponent to attack first. Try to protect it at all cost. Before the x2 Elixir time, have at least 1 Elixir Collector on the ground before using your P.E.K.K.A.

Lightning is the surprising part of this deck. It does great damage to the opponent Tower and his key cards nearby. I usually use Lightning to kill Cannon, Musketeer, Inferno Tower, Ice Wizard or Mini P.E.K.K.A when needed. Sometimes I use Lightning to finish off Towers. The stun effect it provides is excellent against Sparky and Double Prince.

Zap is one of most handful spells in Clash Royale. I don’t know what I can do without it. Zap is excellent at taking out small units such as Skeletons, Spear Goblins… distracting your P.E.K.K.A. Zap is great with couple with Ice Wizard as it deals good damage to Minion Horde and Barbarians so the Ice Wizard can finish off them in just a few hits. Great at dealing with Inferno Tower when there are too many targets for you to use the Lighting.

Ice Wizard is better than Princess in this deck since he slows everything down, gives you more time to save up Elixir, helps your Dark Prince coming from behind a good distance to make sure he gets the x2 damage effect. He works as a moving defensive building. Excellent against Hog Rider, Giant, Royal Giant, P.E.K.K.A, Barbarians, Minion Horde…

I always try to get my Elixir Pump down before doing anything else. After I get my Pump down, I try to put my P.E.K.K.A down then my Ice Wizard then Dark Prince which counters the counters to the P.E.K.K.A. During the push, I always try to at least have 6 elixir in the push for the Lighting to take out opponent’s Ice Wizards, Musketeers or defensive buildings.

If you were able to get a tower from the push, Defend as best as you can and since P.E.K.K.A/Mini P.E.K.K.A/Ice Wizard/Ice Spirit are beast at defending, your opponent will have a tough time taking a tower. And if your first push wasn’t able to get a tower, I try to get as many pumps down until double elixir time and start the same push and try to get the tower below 700 as two lighting can take out the tower.

If your opponent starts with a Giant from the back, start a P.E.K.K.A from behind the king tower as P.E.K.K.A destroys the Giant so fast then you can start a huge counterpush which would be hard to stop

If your opponent is also using a P.E.K.K.A deck, use your Lighting on their Pumps (unless they’re using P.E.K.K.A Three Musketeers)  so they can’t build as big of a push as you, and since most people who use P.E.K.K.A use P.E.K.K.A to counter P.E.K.K.A, you can cycle and place down another P.E.K.K.A before they can since they don’t have pumps and you can overwhelm them.

If your opponent is using a Hog Rider or a Royal Giant deck, just use Mini P.E.K.K.A and Ice Spirits or even Ice Wizard if necessary.

Okay my friends hopefully you will enjoy the deck. Don’t hesitate to comment If you have any question! 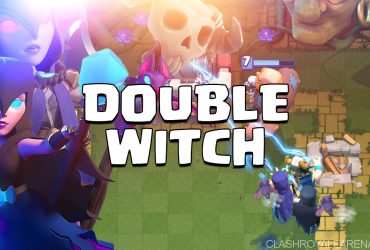 What up guys! It’s IMA_B-Yacht’CH back with a guide after ages of being inactive. Not sure that many people remember me still. I took a break from Clash Royale for … 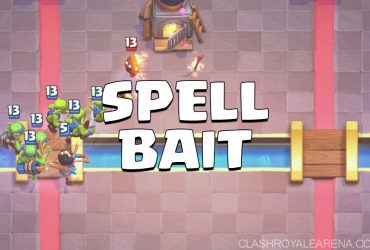