PEKKA Ghost Deck for Arena 9 and above – Clash Royale Arena

Hey guys, its Sans-action Toast here! This is my first ever guide in CRA, and I hope you guys like it. In this deck, the playstyle is just like a P.E.K.K.A deck. Here are as follows:

PEKKA- Your main win condition. It deals with a lot of damage, has colossal health, and can decimate glass cannons in a pinch. Be careful against swarms though!

Royal Ghost: Elixir investment punish, splash support, its fast movement speed and cost makes it the choice here for the second spot, as it helps the PEKKA clear swarms and kills glass cannons.

Executioner: Your primary swarm-killer and support, as it deals excellent damage vs. swarms and lighter units such as the Princess. Best of all, it is good even at lower levels.

Electro-Wizard: Defensive troop. Kills Sparky and Inferno Dragon, resets unit attack, attacks two targets and a spawn zap. What else can you ask for?

Tombstone: Defensive Building. Can counter Giant, Hog, PEKKA, etc. and a distraction unit thanks to its skeleton spawn after its destruction.

The Log: Kills Gob Barrel, Princess, and all other pesky swarms(except Bats and Minions) Scout out your opponent’s deck. Best starting play is Royal Ghost at the bridge or Exe/Ewiz at the back of King Tower. Make sure not to use your Tombstone early unless the opponent uses Hog Rider.  Don’t start with PEKKA at the back unless you are clear that you have the elixir advantage/they started a push at the back.

By this period, you have figured your opponent’s deck. Since this deck has an average elixir cost of 3.8, it is not advisable to start a push as you can be punished easily (such as an RE-tard rush) and can lead into an elixir disadvantage. When the opponent starts a push at the back, punish it with a Royal Ghost at the bridge with Goblins, and start a PEKKA at the back to deal with the enemy tank.

Now that this is 2x Elixir, you can now use PEKKA more aggressively, as you generate more elixir during this period. Keep on using Ewiz and Exe on every PEKKA push you make. In case you and the opponent get into a stalemate, play for a draw or chip off the tower with the Fireball.

Well, this is my first guide, and I hope you guys like it! 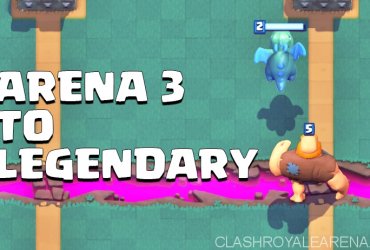 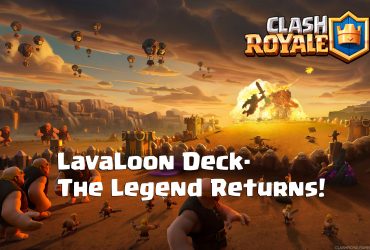 Hey guys! Kure©® here again! Do I have a question for you all: Remember LavaLoon? Its use rate decreased massively after the Bridge Spam Meta began. However, now that Bridge …