Hello guys, Omar here, I’m gonna tell you about a deck that helped me get to arena 10.

Are you still in a low arena? That doesn’t matter, because this deck is easy to use, and very effective, because all these cards are great for both offense and defense!

It can kill tanks, Hog Riders, Elite Barbarians, Three Musketeers, etc. She can stop almost every single ground push, and the best thing about it is, you can then counterattack with her with the Elixir you got while she was destroying the opponent’s push and your opponent will have to use up a lot of Elixir to defend your heavy push.

A great defensive card, you’ll get a lot of positive Elixir trades from her. She can kill Elite Barbarians, Giant Skeleton, Lumberjack, Bandit and Three Musketeers for only 4 Elixir, so you don’t always need to use the P.E.K.K.A which costs 7 Elixir to stop those annoying threats from annihilating your Tower. She can also be used for offense: if it’s Double Elixir time, put the Valkyrie in front of or alongside the P.E.K.K.A and the opponent’s Tower will have to deal with 2 tanks, and your opponent won’t be able to use swarm cards like Goblins or Skeletons to kill your P.E.K.K.A. If you’re desperate and there’s like 15 seconds left, you can do a rush attack with valk and Graveyard.

Use it for defense and offense. The Mega Minion is one of the best defensive cards in the game alongside the Ice Wizard. The thing that makes it better in this deck though, is that it’s really good for offense too. Just put it behind the P.E.K.K.A to get a threatening push going, and if he counters with swarm cards, don’t worry: you have both Zap and Log in your deck!

This is the best legendary card in the game in my opinion. It can stun enemies like the Zap, so the Sparky and inferno tower/Dragon will be no problem. The opponent can distract the P.E.K.K.A long enough so that the inferno tower can kill it, even after you used Zap. With the Electro Wizard that isn’t the case, since you’ll have to kill it first before the Inferno becomes a threat. It’s also (obviously) a good defensive/distraction card.

One of the most popular cards in the game, because of it’s ability to stun whatever it hits for a second for only 2 Elixir. There are no range splash troops like the Wizard in this deck, so if the opponent plays something like Goblin Gang or Skeleton Army, you can take it out with the Zap and also get a positive Elixir trade.

Like the Zap, its main purpose in this deck is to kill the Skeleton Army/Goblin Gang. But then why do I have it in my deck if I already have Zap, which also has a stun effect and hits the air? Well, there are a few reasons for that. First of all, the Log does more damage, killing the Princess and the Goblins which, if they’re over leveled, the Zap doesn’t kill. It can also push troops back, which can be very helpful if a mini-Pekka or Giant Skeleton gets near your Tower with not a lot of health. It’s also helpful if your opponent has more than one swarm troop. You’ll have both Zap and Log ready, and the opponent will be out of Elixir, thus not able to defend and you’ll get his Tower. Another thing is together Zap and Log take out a Tombstone. First use the Zap, then the Log, because the Log will also take out the Skeletons that spawn when the Tombstone is destroyed.

The P.E.K.K.A doesn’t usually get to the Tower, but that’s okay, because even though the P.E.K.K.A is your main winning condition, it’s not necessarily the card that demolishes the Tower, it’s a distraction to soak up the damage from the Princess Tower while the Skeletons from the Graveyard completely obliterate it. The Graveyard costs 5 Elixir, so you’ll have to invest by putting down your cards in the back, or counterpush. It can also be used for defense if you’re desperate by putting it around the push you’re trying to defend.

The goal of this deck is to make a Giant push based around the P.E.K.K.A, and then using the Graveyard to take down the enemy Tower. It’ll usually be a 1-0 or 2-1 win.

Plays at the beginning of the match:

– P.E.K.K.A in the back (behind or in front of the king Tower) to invest Elixir.
– Mega Minion in the back (if your starting 4 isn’t really good to make your opponent play the first move).
– Fire Spirits at the bridge to get some chip damage (if your Fire Spirits aren’t at a high enough level, the Princess Tower will one shot them so level them up).
– Don’t play the Valkyrie or Electro Wizard in the back. The Electro Wizard is too fast and the Valkyrie is your best defense for most cards so you’ll probably need her.

Your pushes are based around the P.E.K.K.A: you can put a Mega Minion and/or Electro Wizard behind it, a Valkyrie next to/in front of it and Zap and Log to kill those pesky Skeletons and Goblins.

If you don’t have a lot of time left and you are one Tower down, drop the Valkyrie at the bridge (with Fire Spirits to kill Minions) and put a Graveyard at the Tower. This strategy has saved me many times from losing.

When you’re about to put down a Graveyard, wait until you have 7 Elixir so when you’ve played it, you still have enough Elixir for a Zap/Log/Fire Spirits if your opponent drops swarm troops, or else the swarm troops will devastate both the P.E.K.K.A and the Graveyard. If you’ve put a Valkyrie alongside the P.E.K.K.A, this is not necessary.

You can also use Wizard or Executioner instead of electro wizard if you want to have a range splash troop, but I prefer electro-wizard because it has stun ability, it’s cheaper and I already have Zap and Log. I actually want my opponent to have a Skeleton Army: it makes me happy because then I can use a Zap/Log and make his 3 elixirs be for nothing.

Together Zap and Log take out a Tombstone, so no more distractions for P.E.K.K.A.

By themselves none of these cards are good, so don’t play them by themselves (except fire spirits)

You can also take down a Tower without the P.E.K.K.A in your push: the Valkyrie is also a good tank.

Your P.E.K.K.A is really important in these matches since it’s the best counter for a tank. If you don’t have it, use the Valkyrie together with a Mega Minion and if you have enough Elixir, also an electro wizard: the Valkyrie will act as a tank and soak up the damage, and the Mega Minion can deal a lot of damage.

The Golem and P.E.K.K.A cost a lot of Elixir, so they’re usually played in the back to invest Elixir. Don’t let them invest Elixir, push from the other side, but not with the P.E.K.K.A: she needs to defend the tank, instead use the Valkyrie to act as a tank on the other side. 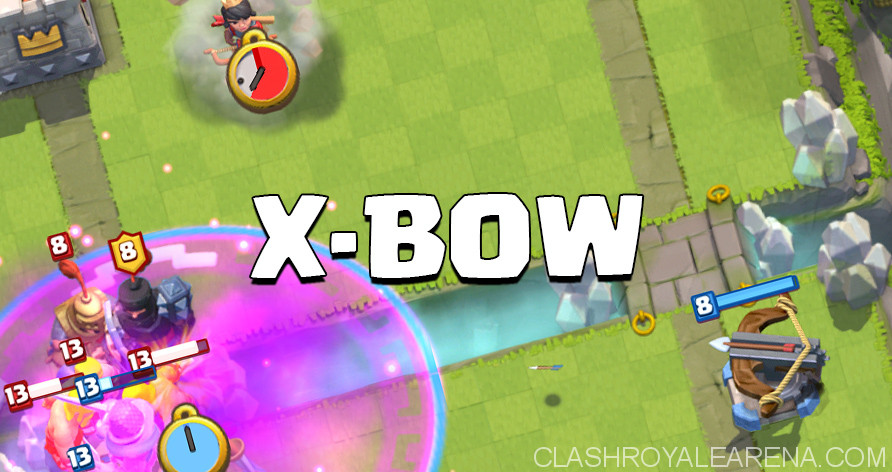 Use the P.E.K.K.A/Valkyrie to soak up the damage while the Mega Minion destroys them. If they have a bit of health left and are locked onto your Tower use Log/Zap. Get as many positive Elixir trades as you can, because you want to start investing your push before he puts down the X-Bow/Mortar.

P.E.K.K.A is a great counter against a Royal Giant, Electro Wizard can help minimalize the amount of damage the Royal Giant gets on your Tower.

The P.E.K.K.A is the best counter to the Hog Rider. Your opponent may put down Goblins behind the Hog. If that’s the case, use Log/Zap. 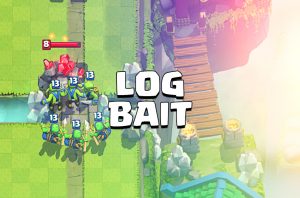 The weak spot of this deck is the Lava Hound. It’ll most probably get some hits on your Tower. Use Electro-wizard and Megaminion to kill the Lava Hound and then Fire spirits or Zap to finish off the lava pups. If your opponent also puts a Balloon behind the Lava Hound, put down the mega minion in a way that it’ll lock onto the Balloon. Don’t let the Balloon get any hits on your Tower! If you’re playing against a Lavaloon deck, you’re gonna hope for a draw, because you’ll probably end up defending the whole game. You’ll have to save your Elixir to defend against his Lavaloon push and probably won’t get to play the P.E.K.K.A.