In Clash Royale, it is actually biased in favor of the player who moves second. People usually choose not to move first in order to react properly… But there is always a guy who starts first, right? 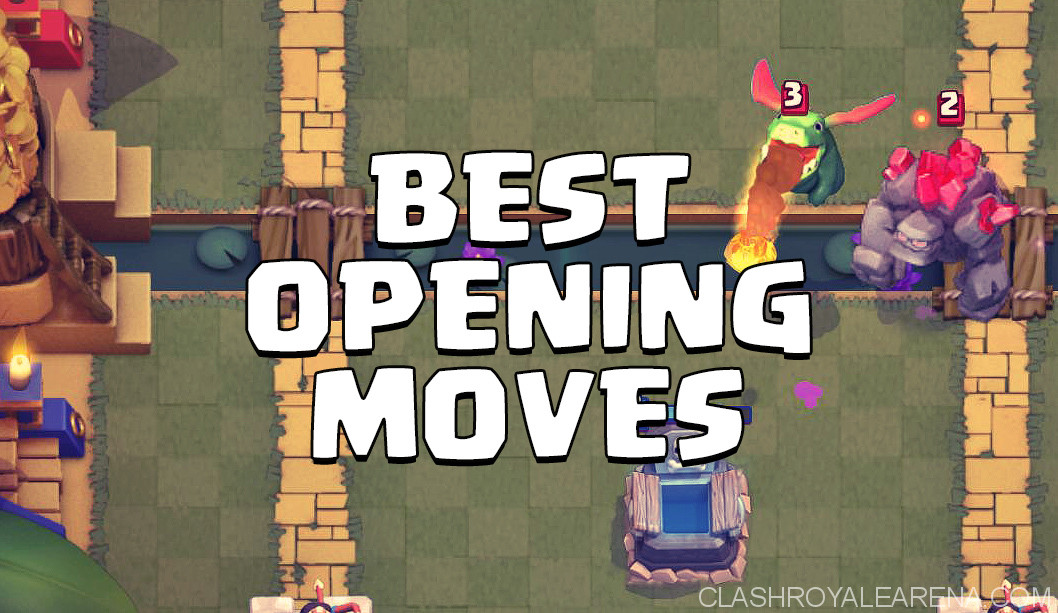 When you make the move second, although you lose Elixir (usually less than 1 Elixir If you can react fast), you still get a ton of information.

Player, who makes the first move, usually gives enough information regarding what kind of push it is and which lane he/she is going to push.

The player who reacts can freely decide to whether defend or attack on the other lane. Either, he/she will gain the advantage.

However, there are still numerous opening moves that gives you the huge advantage, or at least mitigate the downside.

You can force your opponent to commit by playing an opening move which doesn’t commit you.

The most common play is to split Archers behind the King’s Tower. This one is completely neutral as it doesn’t commit to any lane. The Archers will either do some delicious chip damage or will help you deal with push on any lane. This move applies a pressure on your opponent, forcing him/her to commit. If he/she decides to do nothing, you will get 3 Elixir for free. If they do, you will be the reacting one.

A neutral move can also be done by using Skeleton Army, Minions, Goblin Gang although they are not 100% neutral as they device unequally. Moreover, with Skeleton Army and Minions, one side can be safely ignored so you will need to be able to support it later on.

Using Minion Horde is not recommended as it’s too much Elixir.

Also, playing Princess behind/in front of the King’s Tower is okay as she can defend both lanes and she is also slow. 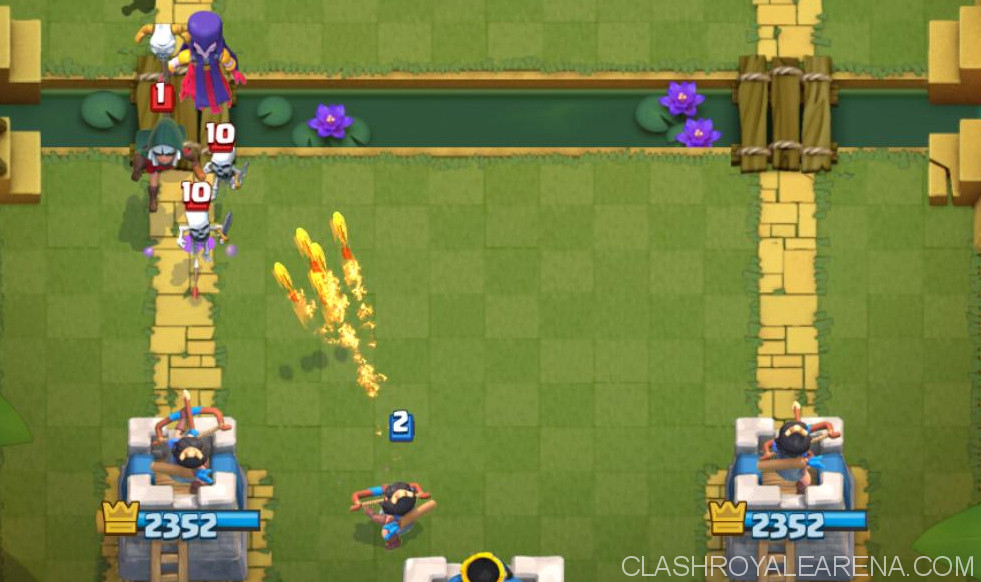 If you have a very cheap troop like Ice Spirit or Skeletons, use this opportunity to cycle and shape your hand.

Although your opponent doesn’t have to react to Skeletons or Ice Spirit, you will get the advantage because you now have a better hand.

That’s great If your opponent does the react. If he/she doesn’t, you can make an initial push with your Skeletons/Ice Spirit. For example, you can couple the Ice Spirit/Skeletons with your Hog Rider/Mortar. Remember that you don’t have to do so. You can just keep waiting or make another move with other troops.

It is recommend to split Skeletons at starting because If your opponent decides to push, Skeletons will act as distraction regardless of either lane.

If you have cheap troops with the potential for chip damage, you can try to force your opponent to answer the light push.

For example, drop Spear Goblins or Fire Spirits at the bridge at the beginning. If your opponent chooses to not defend, you will get some nice chip damage and cycle your deck. If your opponent defends with spell, you just managed to get it out of the cycle; try to capitalize on that! If the opponent answers with a troop, you just forced them to commit on that lane, giving you the reactive seat.

2 Elixir troops are best for this move but you can absolutely do it with 3 Elixir troops. Using 3 Elixir troops is more risky. However, your opponent usually can’t afford to ignore them. Also, If he/she has a bad starting hand, you will get ahead.

For example, playing Goblin Gang at the bridge puts your opponent in an absolutely dangerous situation, forcing them to react immediately on that lane. If the opponent uses Log on the Gang, they will get +1 Elixir trade. However, If he/she reacts a little bit late, he/she will lose the Elixir advantage. In this case, basically, you spend 1 Elixir to get the reactive seat. 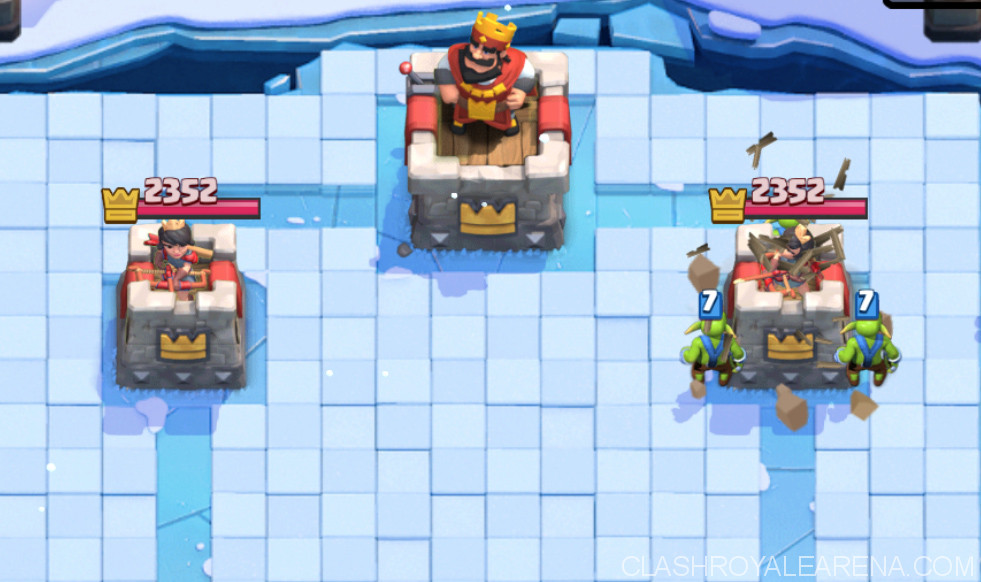 Starting the game with Furnace or Goblin Hut is great as this applies the pressure on your opponent immediately while still acting as defense.

Place them in the middle to protect both lanes, making it harder for the opponent to punish you. He/she also can’t ignore them.

Tombstone is another great opener, which can be used to support your push later.

Using Elixir Collector has been a well known opening move since 1990s.

This doesn’t commit you to any lane and gives you a huge Elixir advantage. However, make sure you have a good defensive hand ready because If your opponent doesn’t have Miner/Rocket/Barrel ready, he/she will try to punish you with a sneaky big push.

Do you want to catch your opponent off-guard with an all-in push?

Truly this is a very risky play so make sure you have an extremely solid starting hand which is difficult to be countered and is great enough on defense If the push fails. To be honest, I don’t like this opening move very much but it’s kinda lacking to not include it here.

For example, use Hog Rider + Ice Spirit push or Miner + Minions push can do significant damage If your opponent doesn’t have a good starting hand. However, If your opponent can deal with the push properly, this can put you far behind.

If you are playing against a less experienced player, you can get the chance of catching someone who didn’t skip the battle’s intro screen.

In conclusion, there are a lot of great opening moves in Clash Royale.

Also, please note that I didn’t mention Siege decks in this guide as I am not good at using Siege…

Which one works best for your deck? Let you know what you think about it!

Of course you can start the battle by placing a tank behind the King’s Tower but it will definitely give your opponent the advantage. 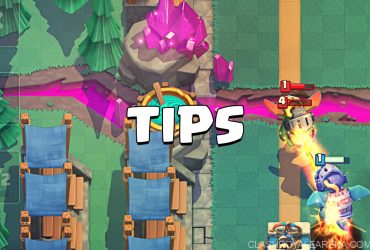 Hey guys it’s Ash and today I’d like to share possibly one of my most interesting and most in-depth Clash Royale strategy guide. Top 50 Clash Royale Tips for You … 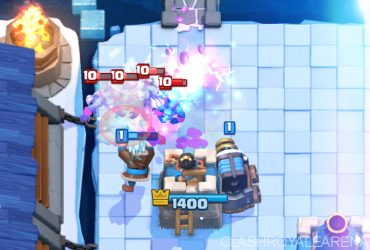