Hey guys! It’s Ninjamage1317(SparknadoFTW#2) from clan Pretzel Sizzle here with my first-ever deck guide on CRA! Many of you know me as that guy in the comments who really loves Sparky, or that guy in the comments who has never written a guide but is decently good at explaining stuff, but that will be true no longer! I am finally here with a guide about the deck I used to push to my then all-time high of 4229 trophies! (My current high is 4634). Without further ado, let’s go! If you look at this deck and say “Wait a minute! That looks kind of like a deck Nickatnyte used in a video! This guy is a copycat!”, let me give credit to Nickatnyte for inspiring this deck. At the time that I watched his video, I was already toying around with Giant Skeleton Sparky decks, and I decided to take his deck and modify it to become (in my opinion) a little better. And it worked out beautifully!

Giant Skeleton: This is your jack-of-all-trades defensive and offensive card! Very useful against Elite Barbarians, Three Musketeers, or just about any monster push coming your way. Use tornado to kill everything once the bomb explodes! Also your tank in your offensive counterpushes and primary win condition.

Sparky: My favorite card in the game! Deals insane area damage and makes your opponent panic when at an elixir disadvantage! USE ON DEFENSE PRIMARILY! IT IS MEANT TO COUNTERPUSH, NOT TO BUILD UP PUSHES! There are exceptions to this rule, but generally you want to her play her conservatively. Sparknado can be devastating, but always wait a second longer than you think you should tornado in order to not be crushed by an opposing Zap. Also your secondary win condition and the main component of your pushes.

Bats: Very helpful in this deck, as they are cheap, high DPS units that can take out many troops with ease. Also zappable, which opens the door for your Sparky to wreak havoc! Also can be used in quick rush pushes with the Baby Dragon. Also very scary when used in a push immediately after your opponent zaps your Sparky. Thus, I never deploy Bats right on top of Sparky in a push, delaying a little bit to avoid giving extra value to your opponent.

Ice Wizard: The ultimate cheap defense! His slow down effect is extremely helpful in defense, and transitions well in offensive counterpushes. Your go-to defensive option for nearly everything.

Tornado: Pretty self-explanatory. Pull hogs, barrels, miners, etc. to the king, and group together troops for Sparky, the Giant Skeleton bomb, Ice Wiz, and BabyD. Also one of only two only non-zappable/loggable card to counter hogs, so use wisely!

Mega Minion: The ultimate support card. Only 3 elixir, but provides great defense and offense with its DPS and versatility. Mega Minion damage can be crucial to a win, so incorporate him into your pushes/counterpushes as often as possible.

Baby Dragon: The real MVP of this deck. Baby Plus tornado is your hog push counter in the late game, and Baby Dragon chip damage can really stack up when the opponent is focused on the GS and Sparky. If it can be called that, is your tertiary win condition, and also the third main component of your pushes. Babynado combo is very helpful against many pushes. BabyD is also used in rushes with Bats when the opponent is low on elixir after focusing on that GS Sparky push. These little rush pushes probably win me games just as often as the main push of GS, Sparky, BabyD, and MegaMinion/Bats/ do.

Early Game (3:00-2:00)
Feel out your opponent’s deck, try to force them to make the first move. Figure out their possible counters to GS and Sparky. Figure out if they have Zap, Ewiz, Lightning, or Rocket. Figure out their win condition. Have one or two counterpushes in this time frame. If they start off with a crazy expensive and heavy push, defend with Sparknado and counterpush with GS in front. Don’t over commit, and be wary of hog or ebarb rushes.

Midgame (2:00-1:00)
By now you should know their win condition and should have flagged their dangerous cards in your mind. Start making more frequent pushes on the same lane they are attacking to nullify the possibility of a push on the other side. Start becoming slowly more aggressive. Get in a rhythm to defend their pushes.

Endgame (1:00-END)
Constant GS Sparky pushes will wear your opponent down. Keep up the pressure until they finally crack. Make sure you always have a little elixir in case they try to rush the other lane. Make smart plays. Capitalize if they misplay Zap or Rocket. Win. Or not. Hog Riders: Use tornado to pull the hog to the king. Defend with bats, MM, Ice Wiz or tornado. Try to keep tornado in cycle with his hog. Use Sparky on opposite lane to draw out rockets or lightnings. Baby Dragon + Nado is good for defending the rush hog+cheap unit pushes. Win rate around 50% against hogs.

EBarbs: THE CANCER IS REAL!!! Don’t worry, we have cures for cancer in this deck! Giant Skeleton and Sparky are both acceptable, especially when paired with tornado. Ice Wizard + Mega Minion/Bats is also effective, and BabyD can help out in a pinch. Note that if your Sparky is on the opposite lane of the ebarbs, you must wait to activate your tornado until they ebarbs come very close to or actually hit the tower; otherwise, they will not be pulled much at all because of their speed. Be wary of opponent’s Zap! Win rate around 75%.

Golem: Rush opposite lanes with BabyD/GS + Bats/Mega Minion. Use Sparknado + Snowstorm (Ice Wiz + Tornado) to take out Golem and support. If they are running Ewiz or the BabyD Mega Minion deck, use GS to tank for Sparky and tornado everything to the bomb when the GS dies. EASY MATCHUP! Win rate around 90%.

Giant Beatdown: Same gameplan as Golem, except less rushes with the BabyD. Instead of rush pushes, place Sparky in the back on the same lane as the Giant. Then do as you would against golem, and counterpush your way to victory! This includes the popular Double Prince deck, but GS is more effective in that matchup, as it is used to kill the supports while Ice Wiz + anything else stops the Giant. Win rate around 80%.

Log Bait: Tornado the goblin barrel to the king!!! This is a MUST to win against this deck. Defend with as little elixir as possible and don’t give up Rocket value on the same tower over and over. Eventually, you can overwhelm their Inferno Tower in double elixir and constantly push with GS to keep up the pressure until they hopefully crack.. Win rate around 50%.

Three Musketeers: This one is tough. PLAY FOR THE DRAW IF YOU CAN’T BREAK THEIR DEFENSE!! Use GS for the two muskies, and anything and everything else to deal with the single muskie and battle ram push. Always try to play second and counter. USE TORNADO WITH GS BOMB!! If you try to win, the smaller rush pushes will work better than the full-blown push unless you can capitalize on the panic Sparky creates and counter the hordes with BabyD/Ice Wiz + Zap. Win Rate around 50%.

Royal Giant: Tank against ewiz, sparknado, counterpush. Always be ready for the RG, and have at least 6 elixir for when it comes. PREVENT CHIP DAMAGE!! This is a tougher matchup because of RG’s range. Mega Minion and bats are very helpful due their high DPS. Ice Wizard helps a lot to mitigate the damage. Win rate around 70%.

Mega Knight: Use Sparknado or GS. GS works better because it will guaranteed kill support, with Tornado. Not a difficult matchup. Use Ice Wiz or bats bandits, BabyD and Bats if they are running Balloon. Eventually, you should overwhelm them and win from a Sparky shot or lots of BabyD and Poison chip damage. Win rate around 70%.

Siege: Giant Skeleton on same lane for X-Bow, opposite lane for Mortar. Sparky can be used for this too. Use Tornado to bring support troops to bomb. If mortar, use Baby Dragon and Bats to kill it. Keeping your cycle up is the only challenge. If you do that, you should win. Make sure to bait heavy spells on the opposite lane with Sparky if you are playing for the draw. Win rate around 60%.

Graveyard: You have a lot of counters to this. The only challenge is killing the tank that accompanies it. Counterpush with GS. Don’t overcommit! Be wary of a freeze or poison paired with the GY. Win rate around 70%.

Pekka: Sparknado to kill everything. GS to tank for Sparky against support troops and/or counterpush. Make sure to not overcommit on offense to avoid being hard counterpushed. Normally an easy matchup. Watch out for exenado and hogs! Use sparky to deal with any Executioners. Win rate around 75%. 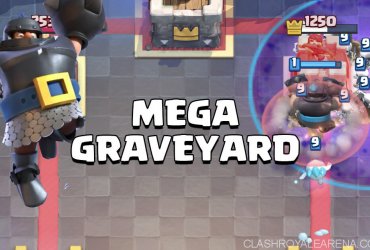 Hello, beauties and gentlebeauties! This is Inaros (Frisk Dreemurr in the comments!), coming to you live with a report of my status in the crown championship…I failed. I lost in … 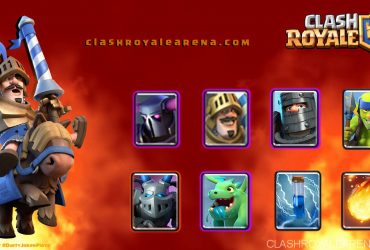