Hi guys, It is PeakCell_CR!

Now I want to talk about a pretty personal strategy I’ve used some time ago (~7 months ago) which could help many people climb the ladder easily.

This strategy is no use for tournament play tho. For ladder play, it may be enough for people to climb pretty high while learning without reading any other guide.

Also don’t forget this important thing: The goal is to climb by feeling you are a better player, which will be achieved by mastering a deck that is unique to you. 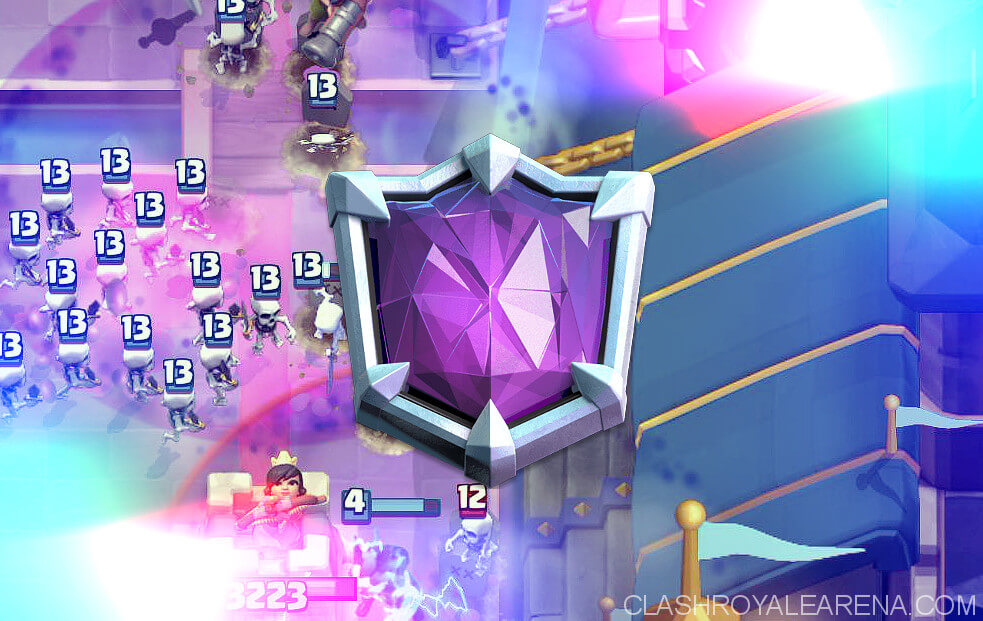 Here, we want to step away from the latter and work while using the former: What you need is to be conscious of what you learn, because you’ll learn it faster this way.

Your opponents, for most of them, won’t do that and will learn unconsciously, meaning they will learn slower but passively.

Most people in Clash Royale do the opposite: They play casually, and don’t read guides nor try to assimilate their decks well. They sometimes don’t want to because it’s better for them not to think about it, or they just don’t even know they can.

Here I’ll give you an action plan which is extremely similar to the one I used to climb my way up. I hope it will have the same effect with you, but don’t forget to read the next part too because it is really important as well.

Know the most used cards because you’ll need to play against them.

Make your own deck!

DON’T try to make a deck which is full of meta cards. Make a deck that you LIKE TO PLAY.

You can use underpowered and off-meta cards. Remember? A mastered off-meta deck will most likely beat a meta deck which is not well played.

Your deck is ready.

You like to play the cards you put inside and you’re ready to go. Slow down mate!

Next step is to try it against friends. Try to find friends who know the game well, and who know the meta as much as you. Battle them with your deck, and discuss with them: What could you improve?

After many battles, many tests, you will have a deck which fits you well and which has answers to many situations.

Try to finish this step with a versatile deck, so you will have a lot of different ways to play it !

Now that you can do that, you’ll be able to play as many games as you want.

But, remember what? Active learning.

When you are playing on the ladder, you will find a lot of different situations and decks. You will need to establish which decks counter you, which decks you have trouble playing against.

Now you know what are your problems!

The decks that make you losing, the decks that are the “door keepers” to your next arena, or even to the top tier of Clash Royale players.

You know what? That’s perfect! Because these decks are not mastered in most of the cases. As long as your deck has a nice versatility, it can potentially be played another way.

It may not be easy but I’m here to help you my mate, don’t worry.

Do you know all the counterplay available in Clash Royale? If not, you should check out these guides about outcycling your counters, split pushing, changing the focus with a zap, killing with spells, tanking hits instead of defending to reduce your ennemy’s lead, judge your ennemy’s expenses to know when to punish them, attack on an unspected lane, start a push while defending…

Try new gameplays with your deck, and try all the things you can to counter your counters.

Even your hardest counters won’t be enough to defeat you until a certain range of trophies. Even maxed cards won’t be a problem for you!

You won’t even care about your opponent’s card levels.

Things to consider while following these steps : 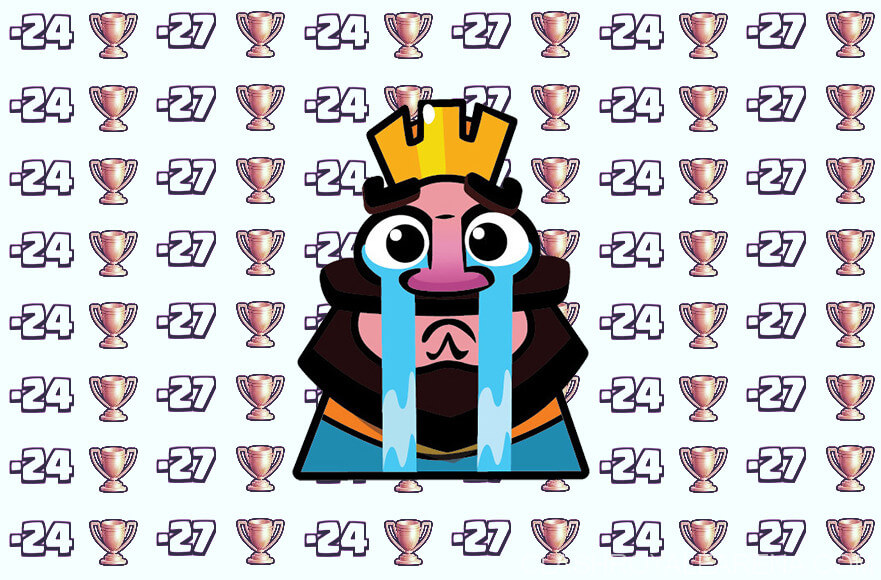 The “Number One Mood”

Who are you fighting against ? I’m not talking about your current game. I’m talking generally. Who are the players you fight against? Do you feel they play good? Do they play better than you?

If you followed the last part of this guide, you probably know they are all lacking some level of mastery.

You’re more likely to see their errors, as well as yours. AND knowing that they are not better with their decks than you are with yours is actually by itself a good way to win!

You know what you do way better than they know what they do. They have the advantage of the card levels sometimes, but that’s something you will generally be able to shut down by being better.

Knowing that you play your deck better, in fact, will help you be more confident about your skill, your chances of winning, and be less stressed out by superior levels or cards that are cancer to you.

This is a pure psychological tip: Knowing this will simply make you better at winning.

So just be aware: If you know your deck well, if you play it since a long time and know all the synergies, tried a lot of things, you will win most of your games against higher-leveled people who didn’t do the same with their decks.

You may tell me “But, Peak, in the last part you don’t give any tips” -> Because I don’t have to!

I just had, in this part, to tell you that if you followed the last one, you’re a king of the ladder mode. Now, just go and climb all the way to the top with your new favorite deck you’ve became friends with.

I also have the feeling that I’m repeating myself a lot in this part.

Let’s just move on to the next part.

Pros & Cons of this method

This method seems quite easy, and maybe not that efficient. But some points are to clarify :

Here I gave you the specific strategies that worked for me. Preparing a deck like this helped me see people’s errors, including mine, and know that a LOT of people are not used to play their decks as I was. So I tried to reach ranks where people would actually be pretty great with their decks, and it made me go pretty high.

I hope these specific things will help you; they helped me back then and I’m sure some people could make a lot out of this technique even if it can seem pretty vague.

Good luck and have fun ! Also don’t forget to comment down below if you have any question!