The way we approach card balance in Clash Royale is a combination of playtesting, listening to the community and looking at the stats. You can expect monthly balance updates to keep gameplay fine tuned and as fun as possible.

In this balance update we're taking a look at Royal Hogs, Tombstone, Giant and more!

Watch the quick-look video​​! Edit: The Royal Ghost is actually getting his Hitpoints decreased by -9%, not -6% as the video states. Apologies for the confusion!

The dead king has maintained a high level of performance throughout multiple metas, always floating (GET IT?!) above the acceptable win rate range. Despite counters like Prince, Valkyrie, and Knight having a strong presence in the metagame, Royal Ghost just keeps looking better. A health reduction should help keep him grounded.

The King’s personal pets have slimmed down a little bit! Each Hog had the same in-game Mass as a Hog Rider which made them push defenders out of the way a bit too easily. The lower weight and less damage should rein in the most winning-est win condition in the game.

Classic control-style decks have fallen out of favor recently. The natural predator to Giants, Lava Hounds, and Golems hasn’t been as reliable in a world of Zaps, Electro Wizards, and Electro Dragons. Lasting a bit longer allows the Inferno Tower to deal even more damage.

Skeleton Barrel deserved a buff, but we didn’t want to encourage more Spell Bait style strategies. Increasing the Death Damage rewards players who can get it to a Tower and increases its defensive value as a blocker. When a huge barrel drops on your head from the sky, it ought to be enough to donk Spear Goblins into the ground… so it will!

Mega Knight is a bit too weak against single targets, we wanted to shore up that weakness without increasing DPS too much. While still countered by smaller Troops like Knight or Valkyrie, this should make the Mega Knight a bit more formidable 1-on-1.

One the linchpins of Beatdown decks like LavaLoon is being able to counter a wide range of punishing attacks with a single 3-cost Tombstone. Being a building up front and a swarm on the backend is very versatile and as a result Tombstone has held a very high win rate across multiple metagames. Reducing the total Skeleton count by 1 should make it less frustrating to handle.

For only 5 Elixir, Giant doubles as a powerful tank and a standalone offensive threat. While not overly powerful, Giant does overshadow the more expensive tanks as the centerpiece of multiple decks. This tiny health reduction allows the Tower take 1 less shot to take him down.

Over the last year or so, the decks that bait out small Spells like Zap or Log have evolved into baiting larger Spells like Fireball. These decks are effective because many cards that die to Fireball have a very high payoff if they survive. Magic Archer is absolutely one of those cards, so we are reducing its initial Hit Speed to give opponents more time to react to his placement whilst reducing his overall DPS.

The rolling, strolling gun-on-wheels has been the backbone of high-pressure Graveyard decks. With its ability to generate value on defense and become a huge threat on offense, we wanted to slow down its overall DPS. This should make it less appealing against traditional offensive options while keeping its two-way versatility alive.

This narrowly beat an Archers health buff in the Community vote! The little masked goblin is a bit less popular than the sturdier Flying Machine. We felt that Dart Goblin should be a high-risk, high-reward card, so bringing its damage up a smidge should make him a compelling choice against other ranged attackers.

Let us know what you think about these changes below!

See you in the Arena, 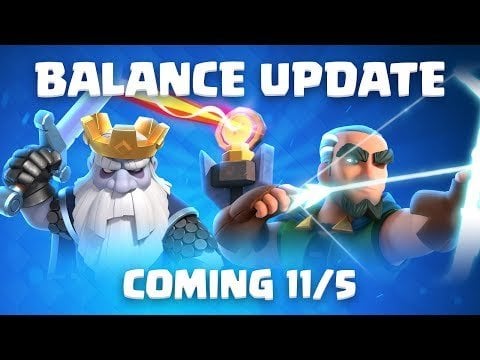 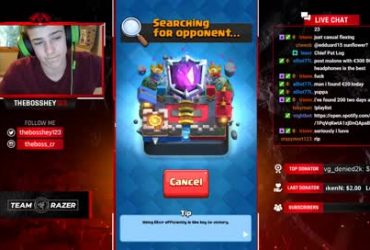 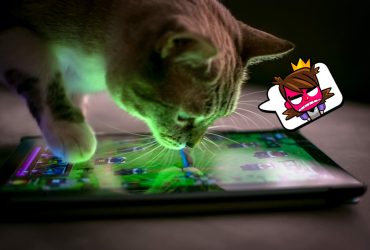 The fearsome fighter Nidalee has won the battle! Submitted by /u/Jaleo! (Total 1847 points awarded by 504 voters) Runner Up: A challenger swims into the Arena! by /u/eliaslinde. (Total 1795 …