Hi guys this is Mohammad Irfan with another guide for new players.

It will cover almost everything from the beginning till around Arena 7. Will continue the series in a few days. 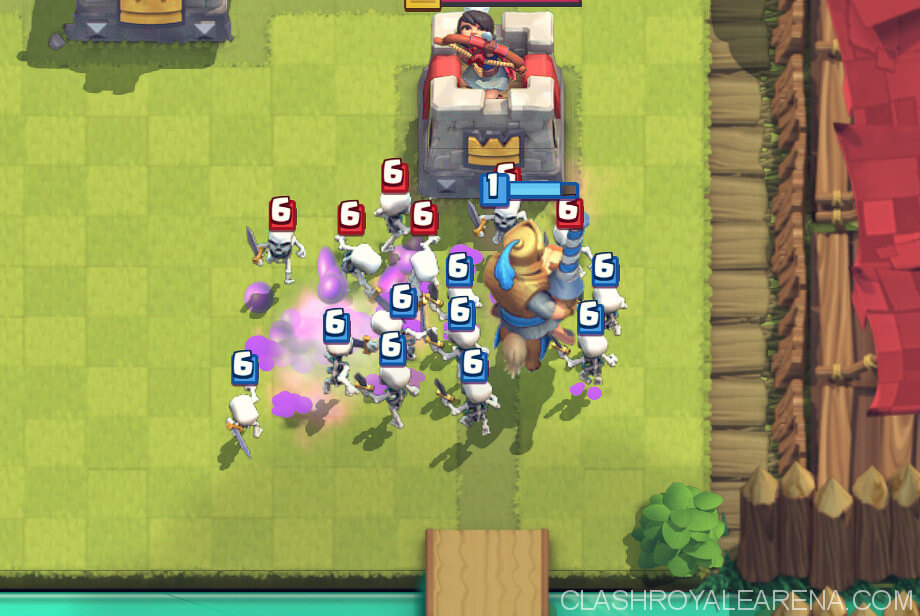 Well starting the game should be fine as all people are on same level (no legendaries for P2P).

The deck I highly recommend using is this one. I used to defeat lvl 6 king tower when I was level 1 myself. All cards were level 1 was just trying to see how high I can go as level 1!

This deck works great in lower arenas. I used this on my second account till around 1400+ trophies (and then replaced a few cards).

Some advice for using this deck:

The Mini P.E.K.K.A is tank killer with its high DPS. If you see a Giant Witch combo coming, kill Witch first then kill Giant, use support like Musketeer or Tombstone if required.

The Musketeer and Baby Dragon are anti-air units in order to deal with Balloons, Minions, Hordes etc.

Knight as always is the mini tank. He helps you earn positive trades with most glass cannon cards in low Arenas.

Tombstone to distract Prince, it counters him completely. Prince is used a lot here. In first Arenas, people don’t know how to counter him or usually don’t have the right counters.

Goblin Barrel and Prince are for offense. Barrel to chip away Tower.

If the opponents have Arrows, a trick that usually works vs new players is to throw Barrel at the corner.

Prince can be used to kill unsupported Giant then go for counter push.Also deals with glass Cannon and counter pushes.Use Zap to support him as people have Skeleton Army to counter it.

Learn how to get positive Elixir trades

Players in low Arenas are not very skilled so focus on getting positive Elixir trades.

Don’t overcommit on any push (unless you use beatdown).

To see where you lost and sometimes where you won too. It helps you know what could you have done better.

The best part is that you can also see your opponent’s and your Elixir bar and cards which is very helpful. Sadly, not many players do that (watching replays).

Each cards comes again in your hand after playing 4 cards same goes for you opponents.

Keep that in mind for your hard counter or any cards that you have to counter their win-condition.

Might be tough at the beginning but you will get used to it. This is another reason to watch replay give you a better idea.

Read more about the best tips for tracking opponent’s cards at here.

This is even tougher than remembering cards but helps a lot.

Even if you can get a precise idea just a rough idea, it might be enough.

For example if they Zap your Skeleton Army after they reached your Tower (with a huge push), it means they have just barely enough for Zap at that moment.

Learn the best ways to manage your Elixir at here.

Joining a Clan as early as possible is very good as you can get cards and level them up quickly enough (especially those commons).

Also at the beginning, Clan Chest is like a blessing. make sure you join a clan that devotes towards clan chest.

You can have a good idea about a clan by looking at its donations/week, clan chest and compare it with other clans. 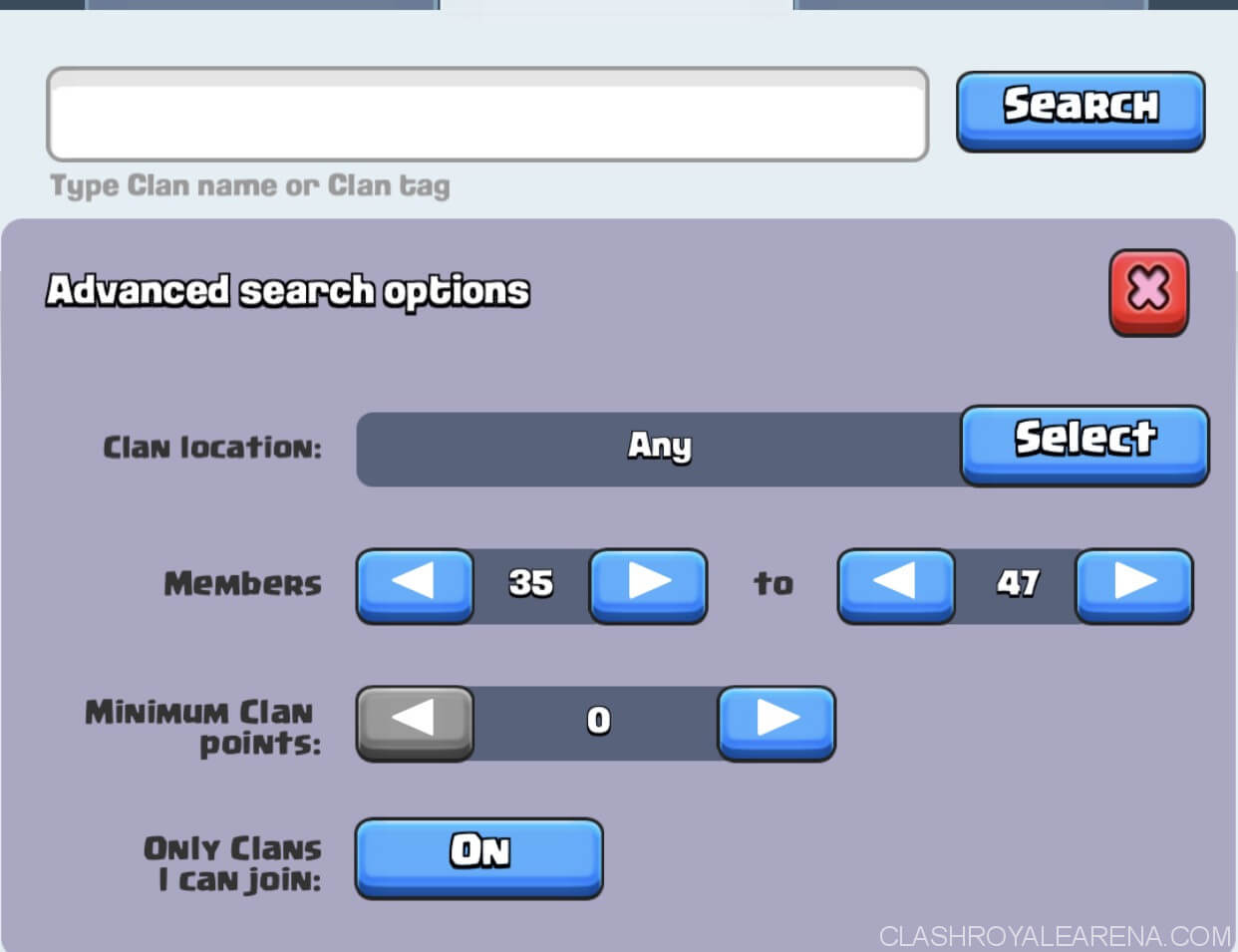 A decent search in case you are looking for Clan.

The two most important things a CR player needs.

Gold can be obtained easily, used for upgrading cards or buying cards in shop. Gems on the other hand is harder to obtain and used for a lot of purposes.

Just because it is easily to be obtain does not means you can waste it!

Do not upgrade cards you don’t use.

I know we can get a lot of EXP but on my main account this was the mistake I did. I kept on upgrading all my cards to level up faster and it costs me now when I don’t have gold to get my commons to lvl 10 etc.

On my second account I did not repeat this mistake and it’s doing pretty decent right now.(3000+trophy at lvl 7 king and lvl 6 commons n lvl 4 rares).I don’t play on that much though.

How to earn gold

Where to spend gold?

The ultimate currency in almost any game right now.

Can be obtained via various ways.

How to earn Gems?

How to spend gems?

You should take a look at this guide for more details.

In short, spend them all in Challenges.

Cards You Should Focus On First

As a new player, you will want to focus on cards which can be used on both Challenge and Ladder. Also, the cards shouldn’t lose their powers throughout updates/metas.

Your deck should not contain a lot of Legendaries and Epics.

The best decks I would recommend to use are Three Musketeers Deck. They have lots of variations so you can easily use various combinations to see what you enjoy to use.

Also, Three Musketeers can be easily leveled up. It remains the power throughout so many metas.

The topic was cards not deck why?

Well cards are building block of decks so you want to start requesting cards from your clan mates keeping the long term goal in mind.

So start from beginning to request cards that you will use in your ultimate deck. Prefer the win condition over normal cards.

Between 3 Musketeers and Battle Ram, get 3 Musketeers to lvl 7 first as Fireball will completely kill musky below it.

Another deck I would highly recommend is Log bait.

It uses Princess and The Log but still you can buy Princess from a shop or if you are lucky you can get her from a chest.

The Log can be replaced by Fire Spirits. IMO Fire Spirit are better they can take care of Barrel too, even if it’s a tricky Barrel.

These two decks have not changed throughout metas. These two can be used in Challenges as well as ladders. 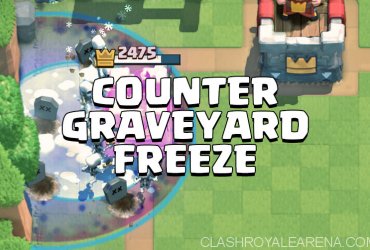 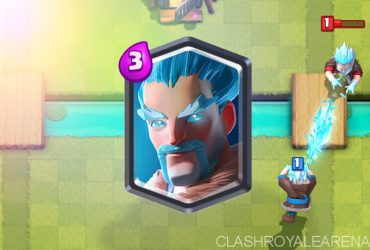 Ice Wizard is one of the first Legendary Cards and hands down one of the best cards in Clash Royale. We can see him almost everywhere above Arena 5. People …