This is another strategy post from my strategy channel where I made a video on the top 15 synergies in Clash Royale!

I’ll list them all here, with a little bit of explanation, if you’d prefer to read though! 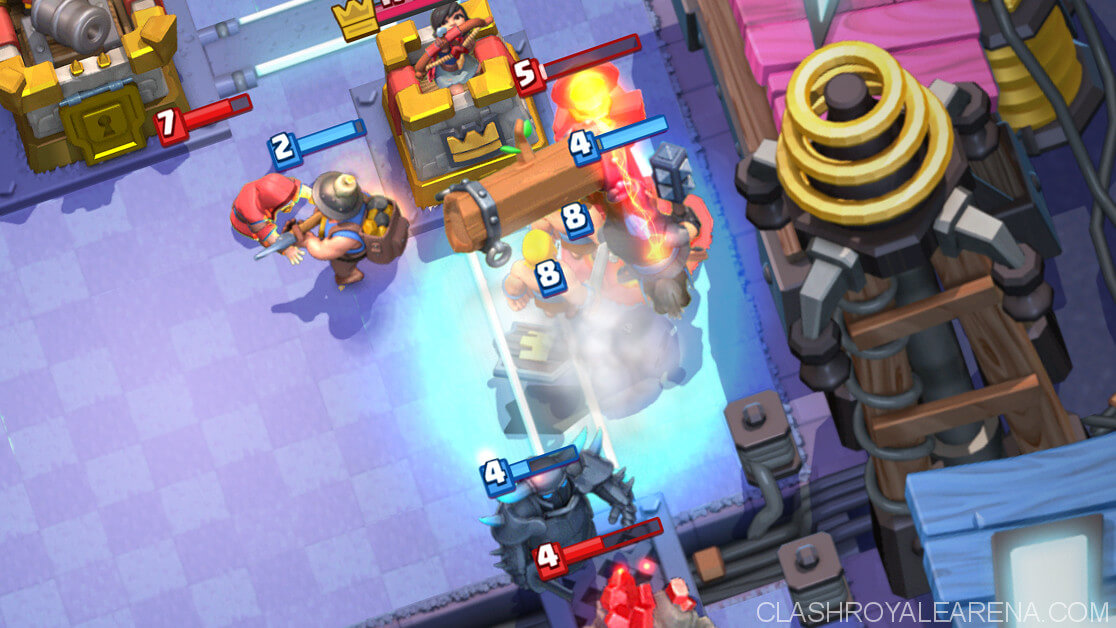 Two of these have the ability to take out troops with health up to Minions.

This can lead from 3 for 3 trades, to extreme 3 for 5 trades in your favour.

The thicc Golem can bait melee units across the arena, whilst the flying Bats above can take them out for only 4 Elixir.

If your opponent is running Zap for your above pull trick, you don’t even need the Bats when you’re running the Spear gobs!

Plop these bois down for the same effect, and baiting out opposing zaps.

Having trouble with Zap still? Use the shock resistant Goblins!

If your opponent has Log, then your Bats are free to run wild. This sets you free from all of the popular small spells.

Princess is a SUPER annoying card if you don’t have an answer, so logging her is a popular solution.

However, a punish Barrel will take full advantage of this for a ton of damage on your opponent’s Tower!

For dealing with any pesky swarms, sticking around for the Miner’s duration, AND getting insane chip value, Poison is a beast in Miner win con decks.

If your opponent has a hard counter to your 3 Minions, whack out the 6!

Even more DPS, and a surprise counter attack when your opponent has their hard counter at the end of their rotation can prove devastating.

The Exe’s thicc axe and a centring spell like Nado can shut down most large pushes, whilst keeping your Exe out of range to continue chewing through units.

Ranged units and big swarms are the bane of X-Bow’s domination, but what clears out most of these? The Log!

Taking most ranged units down to around half HP, and clearing out a lot of ground swarms, The Log aids the X-Bow’s lockons tenfold.

The dark boi kills any swarms, and the normal boi takes out any strong melee units – so they counter each other’s counters!

These two dashing towards a Tower in extremely menacing.

Again like Miner, the Poison sticks around for the Grave’s duration and takes out any countering swarms.

On the other end of the Poison matchup, Grave sucks against Poison.

Having a Hut to bait it out, or to stack up for domination, means that the Graveyard deck can continue to run wild.

When Mega Knight would run wild, Inferno Dragon was his best buddy!

Taking out all swarms and beefy tanks, these two were the ultimate splash/melee combo and worked their ways into so many decks.

Since the inception of Lava Hound, Lavaloon has been a prevalent deck within the meta game. 4546HP in the air, with a potential DPS of 470, this push is ultra menacing.

The Collector can bait out spells, allowing your Musketeers to live, and also give you the Elixir to actually play the most expensive card in the game.

Along with other spell bait cards, this can be a dangerous synergy to face.

Appreciate you all taking the time to read my post, there’s more details in the video version