I know the pain of overleveled RG and Ebarbs, guys. This game has caused me so much stress, but also created so much happiness.

I hit Master I this season after grinding my ass off, so I’m set for a while. But after hitting that, I’ve realized a lot of things that really boost my playstyle.

So here are some tips to enjoy this game as much as you can.

I’ve separated them into categories for you guys. 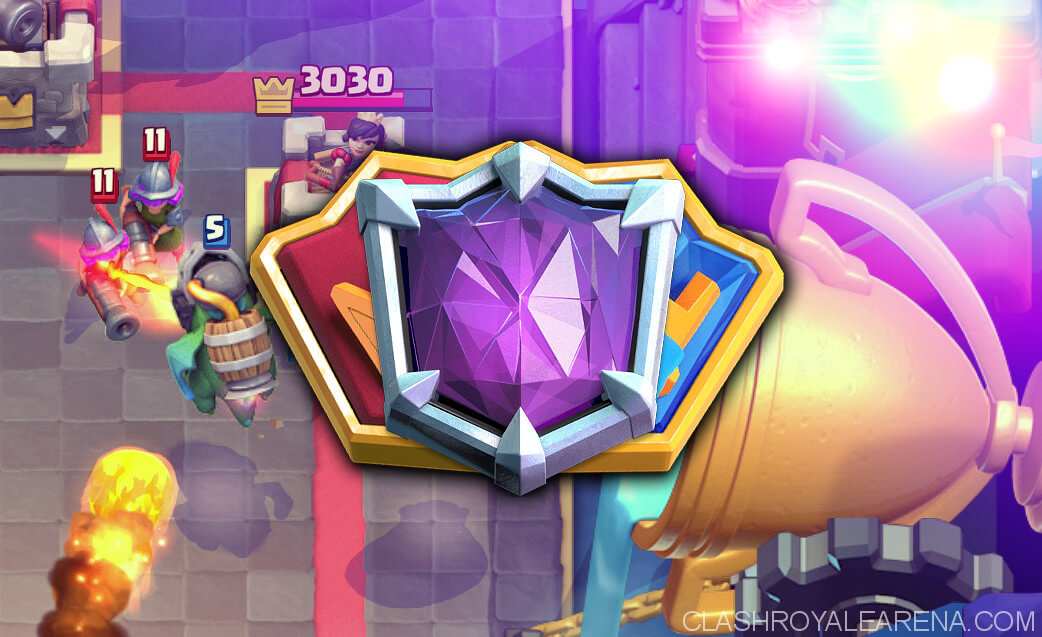 Tips for climbing in ladder:

Do not use a lot of legendaries.

That, my friend, is a mistake.

First of all, legendaries aren’t as flashy anymore, especially since most players have 4+ of them.

Second of all, legendaries severely hold you back. Hitting level 3 is nice and all, but getting it to level 4 as an F2P is damn hard. Do not aim for that by spending gold that you could use on commons and rares in your deck.

This ties into the first tip, but I really need to emphasize this. Log is a pretty nice example, since it oneshots level 12 gobs at level 1, and level 2 log is pretty much all you need for 5k.

Use a solid win condition.

I use Hog and G-Yard (not in the same deck). My pekka is almost level 6 so I’ll be using it soon.

While G-Yard can be deadly, it is extremely easy to stop on ladder, so avoid using it. Hog is a good win condition to use.

It is a rare, meaning it can be leveled fast, its weaknesses can be overcome with good plays, and it works well with a lot of cards.

Knight Ice Spirit is a strong combo that takes out Ebarbs, does good damage to RG, and overall shuts down most ground attacks without much difficulty.

Use the meta’s defenses! They are meta for a reason.

I’m leaving out Meta offensive cards for a reason (which I’ll get to later).

Run cycle cards in your deck

If you have a bad hand, you can drop Bats or something to get to a better card.

They are also low in cost, so it isn’t a waste, since you are trading elixir for a better hand.

Memorize a card you have, and learn the position of the other cards relative to it. Let’s say you have Hog as a card. You know that you have Musketeer as the card after Ice Spirit, and Ice Spirit is after Hog. Use that to your advantage.

Use 4> elixir spells a lot

A LOT. You won’t be cost too much by dropping a Fireball on the tower with most of your Hog pushes if you know they have Barbs as their defense. Along with that, you get good damage on their tower. This can make or break a game.

If you chip down a tower from the start with spells, the difference can be around 1500, which can cause you to win.

But I’m not saying you should Fireball if they drop a PEKKA. That’s just dumb. And don’t log Minion Hordes. Please…

I’m very comfortable with the meta Hog Exenado because I’ve played a TON of matches with exenado and my whole life with clash was using Hog Cycle.

Pretend that deck is out of the meta. Ok… So should I use the meta PEKKA Bandit deck?….NO!

Just because it is meta, doesn’t mean you are good with it. I can’t do jacksh*t with that deck, hell, I haven’t won more than 5 matches in my playtime with it.

So I’ll just keep on rollin’ with my Hog Exenado.

MOST IMPORTANT TIP TO EXIST

This game is meant to bring us enjoyment. Rage all you want, that could be fun, but if you don’t enjoy a playstyle, switch it up.

After nearly 9000 matches with Hog Cycle, I’m starting to get bored (a little too late, I know). So I experimented. And I discovered an archetype I really enjoy; SplashYard. I’ll be testing it in challenges and ladder sometimes, but I will be playing some Hog as well.

That’s all guys! Have fun and clash on!