Hello guys, today I am going to show you an insane Mortar Bowler Deck which got Apex (the author of the deck) to 4400+ trophies with level 10 Commons, level 7-8 Rares and level 5 Epics, which is very impressive! Moreover, this deck uses only 1 Epic and 1 Legendary so It’s not too hard for you guys to level up cards! 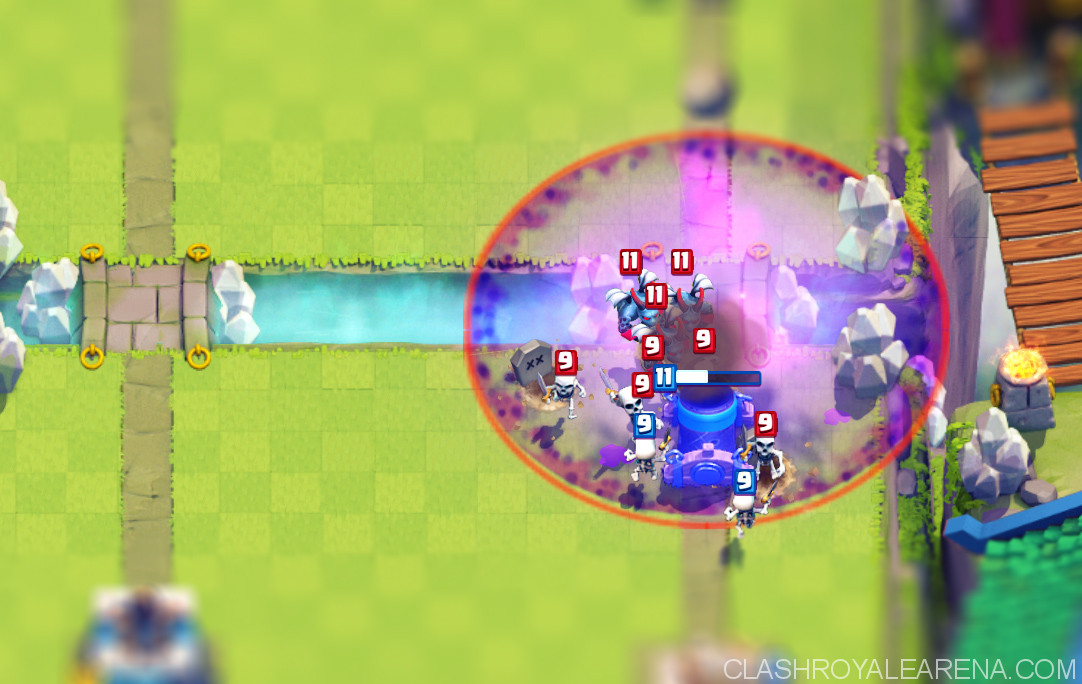 Some facts about Apex you may want to know:

I tried X-Bow before but since lots of players are using Royal Giant galore, Mortar is somehow a wiser choice.

Mortar is the start of the show. At the Tournament mode, Mortar deals 299 damage per hit. Each drop, doing 2-4 hits is enough to take down the Tower at the late game. I always want the Mortar to be my first card so I can easily force them to defend, then react to what they play and find out what counters they have to my Mortar. Example, If my opponent plays Minions to deal with the Mortar, I will use Fire Spirits the next time to catch him off guard. If he places lava Hound, Giant or any high-cost card at the back, I will punish him with the Mortar immediately. You can also easily predict they are starting a push. For example, If they drop the Valkyrie at the back, drop your Mortar immediately so they can’t build the Trifecta.
Playing Mortar aggressively is relatively low risk so If it doesn’t work, simply turtle on defense.

Bowler is one of the best defensive cards, hands down. Bowler is extremely synergistic with the Mortar on offense. I usually either place him down at the back at the beginning or use him to defend against practically any push. Troops like Ice Wizard, Goblins, Barbarians, Miner… are very popular on the ladder, and Bowler slaughters them in seconds. After the successful defend, place your Mortar and Ice Spirit down and you will have a very strong counterpush.
A small tip here for you: Don’t use the Bowler + Mortar combo during the first minute since it’s a 9 Elixir combo and can be easily countered If your opponent has the right cards in hands.

The Log is one of the most popular spells at the moment, surprisingly! Comparing to Zap, The Log is much better in Siege Decks. Zap is not really needed here. With the rise of the Skeleton Army, this card is really a must-have card in not only this deck but also many others. Level 2 Log is enough to deal with Level 4 Princess and level 13 Goblins. Don’t worry about Mini P.E.K.K.A Fire Spirits push, Skeleton Army + Ice Spirit and so on. Super versatile card, giving you chip damage to the Tower all of the time, buying you more time when you can’t place down the Bowler.

Ice Spirit is still the best defensive card in game at the moment due to its Elixir cost, even after the Novemeber balance update, reducing the freeze time to 1.5 seconds.


Fire Spirits: This is another one in the best card collection. I use Fire Spirits in this deck to mainly deal with Minion Horde and to chip down the Tower. At the beginning, If you don’t have the Mortar in your hand, drop them at the bridge to quickly deal hundreds of damage. On the ladder, make sure your Fire Spirits are upgraded to the decent level otherwise the opposing Tower can 1 hit one by one. If your opponent uses any form of cheap troops to deal with your Mortar, pre-play Fire Spirits will wipe them out in the blink of an eye! Take a look at here to read all tips for Fire Spirits!

Fireball is a reliable and cheap source of damage! Excellent at dealing with Barbarians, Minion Horde and any group of troops! When the opponent’s Tower is below 1000 HP, you can stop playing Mortar and simply cycle to Fireballs and The Log to finish off the Tower. Take a look at this guide for more details about the Fireball!

Inferno Tower: I have been using Inferno Tower in 99.9% of my decks for couples of months because of all those pesky Giants, Lava Hounds… Really I don’t have much to say about this card. Just don’t overextend with placing it at the bridge to protect the Mortar since it’s very easy to counter, and your opponent will punish you very very hard since we don’t have much DPS in this deck.

Mega Minion is too good for its cost so far. It can’t be killed by most spells, except Lightning and Rocket. Even If your Mega Minion is underleveled. Excellent at dealing with Hog Rider, Barbarians, Minions and Mega Minion, of course. Due to its slow movement speed, don’t expect it to do too much once it goes beyond the bridge. I strongly recommend you take a look at this guide for more details about the Mega Minion! You can replace Mega Minion with Guards If you want.

Here are some words from Woody, the Mortar Mauler:

There are basically 3 Mortar placements:

Okay so that’s it! What do you think about this Mortar Deck guys? Please share your opinions! 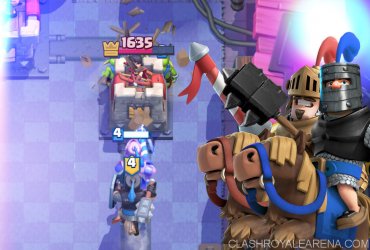 Howdy everybody! For those of you who aren’t familiar with me (but I assume most of you are), I am Supermarine, and I have decided to bring to you folks … 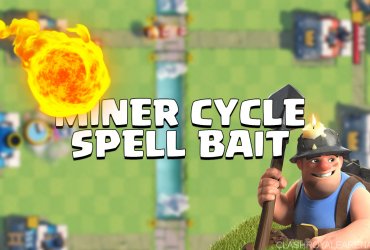 Hello everyone, Azuraith here! I once made a guide on here a long time ago featuring hog/miner. Since then I have become quite the self proclaimed expert on miner usage. …