The Best Ways To Use Mirror (Updated) – Clash Royale Arena

Hello guys, I am here with a short guide on how to use mirror, the highly unused yet underrated card!

This is technically a repost of an older one that didn’t really get seen to be honest, but this time there is more info and its reworded to be more interesting!

Let’s get right into it, shall we? 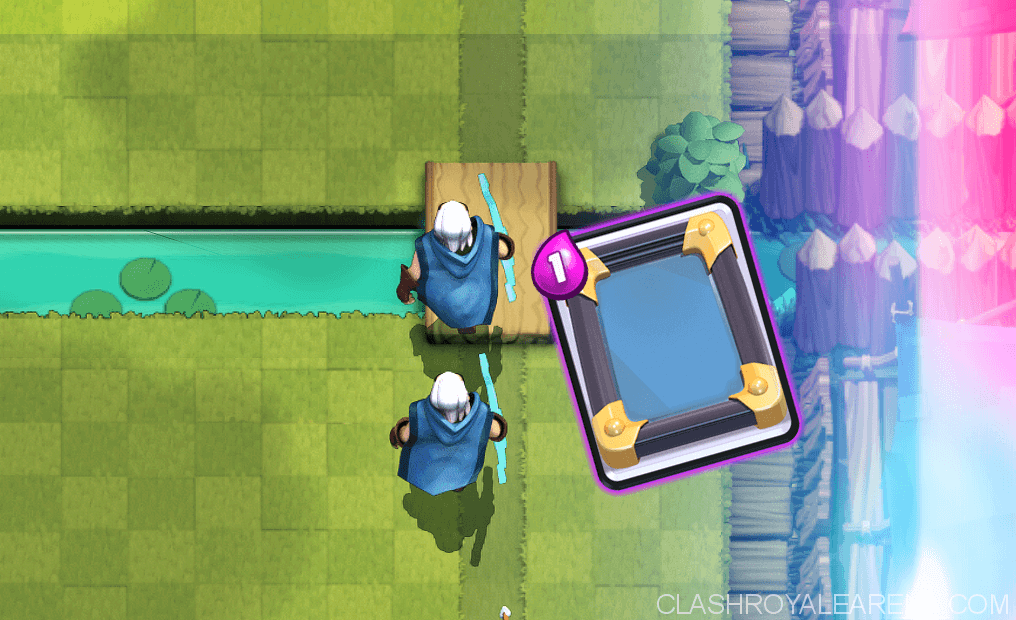 What is the significance of Mirror?

First off, Mirror is a card that plays the last card you played for +1 level, but +1 elixir.

The biggest factor of Mirror and why it is a good choice is because of these things:

How to use the Mirror

There are actually certain ways you use Mirror, and most people use it in the worst way, sadly, so buckle up, you will see a new Mirror after this!

Here are the ways you should be using Mirror:

This would be the most recommended case to do. Low risk, moderate reward.

Generally the card you Mirror in this case is the win condition or a valuable counterpusher that unfortunately died in defense.

⭐ For the Defensive Counterpush, you use the first troop card to get a positive trade, and you counterpush, putting a mirrored version in front of the one that defended.

⭐ For the Split push, you do the same thing as the counterpush, but put them on opposite sides. Can really catch the opponent off-guard.

⭐ For the Offensive swap, if the original died or was crippled after getting that defensive positive trade to the point where making a push with them is pointless, you would Mirror it for a new, better version, wherever you want: in the back, at the bridge, etc. to make a new push.

Note: with the more expensive cards like Giant Skeleton and higher, generally you will want to do a Defensive-Offensive swap, sacrificing the first card while getting an even or better elixir trade with it, and then placing the second one as you wish, because placing a second card of them is very expensive and can lead to big negative trades if you use the Mirrored version for a Counterpush or Split push.

This is a so-so case to use it for. Moderate risk, hardly any offensive reward, but a solid defense.

Basically a back-up defense if the original dies, so do NOT overlap them by predictions of any sort.

Works best with swarms and a glass cannon that was taken by a spell.

Note: this is not meant to get the best trades possible as there are usually cheaper alternatives, but they still stop pushes really well and it applies more synergies to Mirror.

Not recommended, but this is how most people use it, unfortunately. High risk, moderate to low reward.

Basically, work up a big elixir lead first, then send them in the offensive.

This is also a so-so case.

Mainly you would do this case to counter Spell Bait pretty hard, so mirroring a vital spell can hurt all forms of bait: Zap bait, Log bait, Fireball bait, Poison bait, etc.

Importance of and Required Synergies for Mirror

This is a very important thing to remember.

Don’t make a deck where only 1 card synergises with Mirror, for example Royal Ghost and no other synergies.

You need good synergies or else you will just have 2 of the same win con in your hand and a 3 hand cycle for the majority of the game, and unless you have played a 3 Musketeer or even a Golem deck, you don’t want to know how that will feel unless you are great with working with 3 cards at a time instead of 4.

You need multiple cards in your deck to have synergies with Mirror, preferably 3 troop cards for great freedom, but 2 troops and 1+ damage spell is fine.

For what I would call a good synergy deck is with 1+ Pure Offense/DA troop (if you missed what the meaning of “DA” is, refer back to “How to use Mirror” section), 1+ Pure Defense troop, and 1+ damage spell.

Just showing some examples: in 2v2s, an all-spell deck almost requires Mirror, if you may not have seen it or used it before.

Mirror enables the deck to win because of the heavy amount of synergies with it, because if they baited a certain spell or you just had to use it elsewhere, you will suffer not being able to use the damage or stun or whatever it might be that you used previously.

The deck may not have the best in terms of offense or defense, but with Mirror, the deck can withstand much more from many more decks and can pose double the threat, overall giving it a much bigger chance to succeed in winning than if you were to go without it, as you can successfully mirror 2 vital push killers (Skeleton Army and Fireball) when the first dies to a pesky spell or is used elsewhere, and you can Mirror Bandit for a double-power threat.

Best cards to pair with Mirror

I will show some honorable mentions as well.

There is more for sure, but these are the best I think is possible.

Well, after playing with a Cannon Cart Mirror cycle deck in 2v2, I was pretty proud of what it could do.

On defense, the original one can do some sweet work against siege, bridge spam, beatdown, you name it. Value can be easy, but know when and where to use it.

Afterwards, if your original is still mobile and is heading for the crown tower, feel free to push the other lane or the same one with a mirrored one.

If it is not mobile, feel free to push same lane, as the leftover, grounded cannon cart can clean the mess afterward.

Despite how offensive he can be, he is a pretty good defender against swarms and knights.

Simply get a 3 or better positive trade on defense and boom, send a mirror down the other way.

Simply get at least 3 elixir or more out of the first, and mirror, same as RGh.

Defensive value of the original can be hard to get at times but mirroring this card is a GOD.

He had great offensive capabilities before the nerf, and bringing him up to a higher level is a great way to bring him back to the old days. Definitely worth a try.

His bomb is POWERFUL. It cleans up nearly any push with ease.

The problem? He almost needs to be the win con with his cost.

Look no further! Mirroring him to a high level after the first is sacrificed is a really good choice if you want to make a Giant Skeleton beatdown!

Both can do good work on both defense AND offense, countering bait and other decks fairly well from your side of the map.

Why not have two of the same thing at a time?

With a Defensive Mortar/X-Bow, you can chip away any bridge spam easy, getting good trades.

With a Mirror, you can play a second X-Bow/Mortar on offense while the defending Mortar/X-Bow helps defend it!

The offense with her is hard, but if you play your cards right, mirroring this card is easy and can reward you plenty.

They can devastate pushes for a big positive trade. The problem? Fragile. A Zap can kill them.

Well, what if that zap is gone? Boom, recovery made.

Again, great defensive value. Mirror it when it is zapped, done.

Good at defending, but by themselves it is not so good. Spelled down? Mirror.

Support with a tank first, though.

Same case as bats, but this would replace the bats card if Ice Wizard, Witch, etc. become too much of a problem.

Odd, right? Ensures a solid defense against Hog Spam and lures Giant like a boss.

With the cheap cost it is something worth mirroring.

Other buildings, not so much unless played reactively.

Hunter – He is a great card, but his problem is that he dies a bit too easy to spells.

(He is kind of UP, IMO) Mirror him and you can say bye-bye to any tank in his way!

Takes forever to kill if you don’t have the proper card to kill it.

Usually a spell ends up killing him, so Mirror him and you are gold on defense.

In the already-bait form they are, they are hard to leave alone, and seeing a second coming for your tower is pretty bad.

They can be somewhat defensive, though, so I will give them that and put it on the top of this list since he didn’t make the top 5 Defensive Counterpushers.

That’s right. Your log just went useless and now you are almost guaranteed damage. For 7 elixir, however.

I know, not the best example at first, but putting them in opposite lanes is very pesky to deal with, and don’t forget the level advantage.

Yes, he is back again. He can be used either way.

With the limited elixir flow, placing a second freeze is likely to be placed close to the end of the first.

Froze a skeleton army from your hog. Oh no, now there is a minion horde! Mirror, boom, caught them in time, tower gone.

Don’t have any, not enough good cards to try it out for the job

I will do a top 3 since there is only 7(?) damaging spells, and no honorable mentions for the same reason.

1 log is a lot, but what about 2? For 5 elixir you can cripple a row of glass cannons, knock down bait, everything.

That’s right, the one card that gets the biggest positive trades ever. Jk, that is the Rocket’s job, but Fireball competes well.

If you had to use a Fireball on an elixir collector, and they place 3 Musketeers, boom, 2 gone, 1 to go.

Ol’ zap. Mirroring it finishes minion hordes for an even trade. Double the time it takes for infernos to melt your tank.

What to Not use with Mirror

These cards are fairly useless when Mirrored.

Too expensive, doesn’t get his own positive trades easy, although he can, so mirroring him would be a hassle.

Rarely gets positive trades by himself, requires a REALLY good reason to do so.

If you stick him in front of a counterpush and then mirror him to start another push, that is a good reason, but it is still hard and probably not completely worth it.

As good as he is being Mirrored and the amount of carnage he can bring because of it, just don’t. You will be asking for a relentless counterpush, and unless you can handle that, you will not be happy.

Just, no. Waste of 3 elixir, what could you possibly rage after the first rage?

People actually do this one, believe it or not, but you will almost guarantee get 3-crowned unless you absolutely know what the shit to do or you end up 3-crowning them yourself. 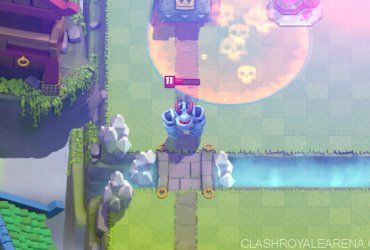 Okay my friends, Today, let’s talk about the new guy, the Mega Minion! I am writing this guide with the Mega Minion at the Tournament rule level. He is indeed … 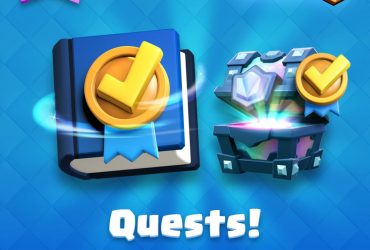 Clash Royale Quests are the new feature, which requires players to complete various tasks in game. By completing these tasks, you will receive rewards and quest points. Quest Points are …