The Minion Horde can counter any troop card in the game. I’m sure you know the obvious ones.

There are some things that you can do with the Minion Horde. This is a type of punish used at the end of the game when your opponent uses Arrows to get damage off of the Tower.

The arrow user depends on their Arrows to counter Minion Horde.

This often works if your opponent has no hard counters to your Minion Horde counter push.

Useful for rushing the Tower in overtime quickly. Countering the Executioner with Minion Horde

You can counter the Executioner using the Minion Horde.

Using the Minion Horde’s hexagonal formation with a 1 tile hole in the middle, you can sacrifice one half, while the other half kills the Executioner.

Since the Executioner has a slow attack, this works.

This is a risky move because if you mess up the placement you just wasted 5 Elixir.

You can also do this with the Witch with less risk because if you mess up the placement all of the Minions won’t all die, and all six will survive.

This is possible with the Wizard, but only with an extremely overlevelled Minion Horde. The Minion Horde is a very good defensive card with its high DPS.

This high DPS can also be useful on offense.

Place an offensive card (that doesn’t cost too much, maybe a Lumberjack for 4) to counterpush.

You can also use Minion Horde in your push. It does a lot of damage when at the Tower and can damage/kill the troops/building your opponent places. The Goblin Hut has been triumphant in this meta and has seen some good deck, one of which was the P.E.K.K.A zappies Hut bait deck.

I noticed when I faced this deck the Goblin Hut was often placed near the center of the opponent’s side.

Minion Horde can solve this problem with any spawner besides Furnace (Fire Spirits kill Horde).

Note that a spawner behind the Tower or near the king is hard to counter with the Horde and you should use a spell/Miner to counter instead. The Bane of Bait Decks

Ever raged over the extremely powerful defense created by a bait user by placing swarms and mini-tanks and letting the Inferno Tower kill the tanks? Fear this no more.

Since the Minion Horde flies, it can make it easy to cross the river and distract the Inferno Tower.

The swarm of the Minion Horde will overwhelm the Inferno and pressure the opponent.

This can also be done with the Tesla. Risks To Keep In Mind

Spells are great counters to the Minion Horde.

Fireball and Arrows shut the Horde down for a positive trade. Zap will not kill it, but a Horde weakened with Zap cannot make a good counterpush and will die to the Tower.

Wizard is the best troop counter to Minion Horde, with Executioner in a close second and Fire Spirits in third.

Zap can also be combined with Ice Golem/Spirit to shut the Horde down.

Despite these risks, Minion Horde can create massive positive Elixir trades too and can be very useful. 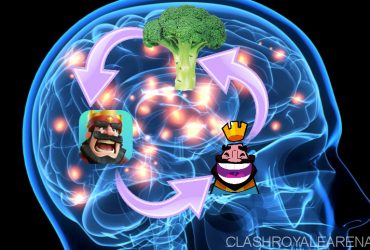 Hello fellow psychologists, Norbysweg here! Yes, you read that title correctly, this guide is not going to be about a deck, not about a card, not about an update, it’s … 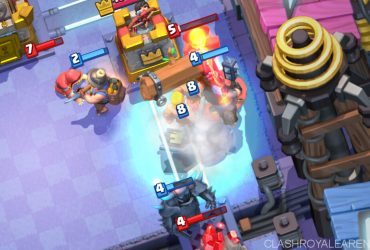 This is another strategy post from my strategy channel where I made a video on the top 15 synergies in Clash Royale! I’ll list them all here, with a little …