Hey guys it’s Regeneration here back with a new Moisonloon deck that I have been testing out ever since I won the Skeleton Barrel!

Since the Barrel just came out, as an added bonus you will have a lot of people over react to it not knowing how to counter it properly! So without further ado, let’s get into it! 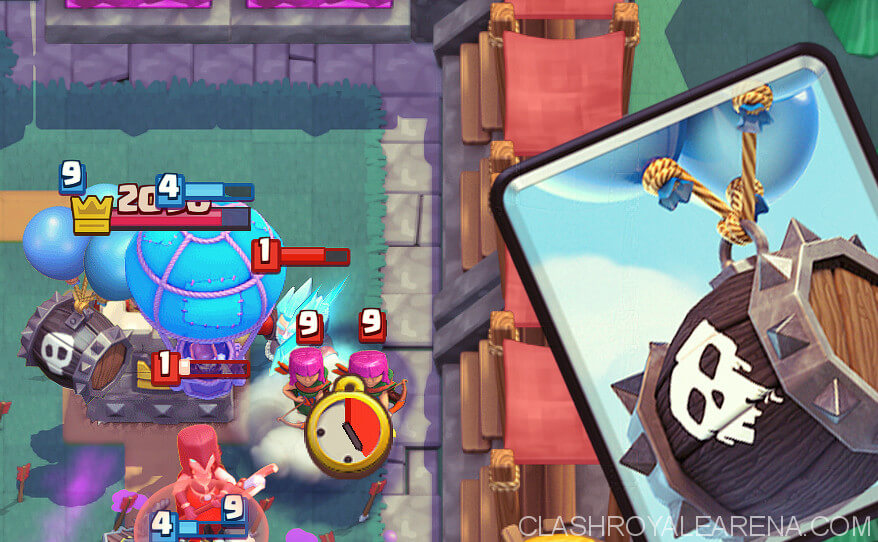 Use him on pumps, Princesses, or as a tank on a counter push.

His stats are a bit lower than Knight, but if you need a backup mini tank on defense, don’t be afraid to use him.

Pair him up with Poison to chip off Tower health. In 1x Elixir, make sure you can get a value Poison if you use the 2 together!

Always start off with the anti-nado placement, and if the opponent doesn’t have a Tornado, start mixing up the placements.

You won’t be using Balloon in 1x Elixir unless you know you can wreck your opponent with a Balloon push.

One great thing about Balloon is that most people ignore its death damage unless they use Tornado. That’s almost 300 at level 4! You can easily get 2-4 Balloons in each game for a whopping 600-1200 damage from the Balloon alone!

Not to mention Miners, Poisons, and any other chip damage!

Note that if the opponent used Tornado, you can use Balloon when their Tornado is out of cycle.

The rookie! As soon as I got the Barrel I couldn’t help but try to figure out how to use it properly.

It has a bait aspect, it distracts well, it deals a lot of damage when left alone, and it’s only 3 Elixir.

I couldn’t fit it in Zap bait decks, so I tried another option: Miner decks. And it worked great! In 2v2 I was paired with a Lavaloon user and we ended up pretty good. That’s when I got the idea of using Skeleton Barrel with Balloon and Miner; and this is it!

Since this card is new, be mindful of a few tips:

Do not take out the Barrel it self; only the Skeletons.

I see so many people over react with troops like Executioner (despite the Elixir disadvantage, he’s a great counter), Fireball, and Tornado. No need!

The Barrel can connect all day and still won’t do any damage! Instead, use a cheap troop like Goblins or even 1 Elixir skellies to deal with the spawned Skeletons.

Overreactions like a Musketeer on the Barrel allows you to shut them down on their counterpush(Knight!) and allowing you to countercounterpush(?) with a troop that Musketeer would have otherwise shutdown.

Just because the Barrel isn’t a threat, doesn’t mean the Skeletons aren’t!

Don’t ignore them, they do damage on your Tower if you ignore it. This means that you can place it at the bridge to read your opponent’s deck(what they play). It also opens the door for your other cards(if they Zap early you can use Inferno Tower, etc.)

Once I figured this out the first card I thought of was Ice Golem. Ice Golem however is cheaper, tankier, and distracts ground troops which makes Skeleton Barrel a bit awkward.

If the opponent rushes with E-Barbarians and you only have this? You better hope they tacked on Firespirits or you’re going to be crying ;(((

My biggest example is Inferno Tower. Inferno locks on to the Barrel, destroys it, and the Skeletons take out the Inferno. All for +2 Elixir. If the Barrel pops above a single target troop during a push, they will get distracted while you go on to deal crucial damage.

This also applies to air targeting troops like Bats and Minions(not as much).

I must say this one was tough.

I love the Dart Goblin, however he has a war with Princess. Both fill the same role, Dart Goblin does more damage and attacks faster, while Princess snipes from far away. But I needed that anti air splash too much, and thus Princess makes the roster.

Place her at the bridge to get some chip damage, use her on defense on the other lane(or behind the king Tower if the push is that close), use her to take out Minion Hordes, etc

All around versatile card.

It took me a while to figure out why he was better than Valk, and it’s his ability to make positive Elixir trades for no splash and slightly less health and damage (not to mention he’s easier to level up).

He’s your main defense against E-Barbarians, Lumberjack, and most support troops.

Use him against P.E.K.K.A if necessary.

Now that Lightning got nerfed big time it shouldn’t be too much of a struggle.

Never let an E-wiz touch it, never let any other troops except the tank distract it, and you will be fine(obviously you shouldn’t over protect it but you get the idea.)

2 Elixir. Best when overleveled. Goblin Barrels, squishy troops on offense or defense when your Princess can’t get them.

Not much else to say.

Last but not least the oison part of Moison (burning Miner): Poison!


This is the spell which helps you win games when your balloons aren’t reaching; pair it with Poison to change this deck from Balloon chip to burning Miner! Only use Poison on support troops you know you can kill, and to get value. In 2x Elixir you can either spam Moison, Minerloon(with Zap), or Burning Barreloon(Balloon, Skeleton Barrel, and Poison).

Figure out your opponent’s deck.

You should have a good idea of their win condition.

Keep your counter for their win condition in mind, and start to toss in some Skeleton Barrel pushes.

Poison should make an appearance around this time.

inimize damage to almost nothing, while you chip away with Balloon’s death damage, Miner, and Poison.

Keep in mind how will they try to take your Tower.

You want to be more aggressive.

If you can’t get damage in, just play for the draw, it’s easier than taking an L.

If they decide to race you, you will win against siege and beatdown.

You will lose to Hog, as he is fast (Just defend at that point).

Defend minimally in a push (Knight on Bandit, and go for the win.

Usually this is a 1 crown deck, so don’t expect a lot of crowns.

Inferno Tower. I haven’t seen a lot of Hog Lightning, so you should be fine, but make sure you keep up with their cycle.

Inferno Tower. Distract their Mega Minion with Skeleton Barrel, and don’t let them build up a big push.

Inferno Tower. Knight will take it out with some hits off in an emergency(you will want him on the support usually.

Defensive Poison or if you replace Princess then Dart Goblin or Archers. Knight and Princess are mediocre counters.

Zap the Barrel, Knight the Gang, and Princess the hordes. Inferno Tower is useless against moison so you can either use that or distact Inferno with Skeleton Barrel. Miner/Poison their Princess.

Knight. Try to guess their placements by dropping Knight on the Tower corners. Whoever gets more chip damage in wins.

Inferno Tower. Zap/Princess the pups. If they use Balloon Inferno Tower should take care of it. However if you run into Lavaloon a lot(which I don’t) replace Princess with Dart Goblin and use him on the Balloon.

Balloon the siege weapon and Princess/Knight the support troops.

If you run into these a lot, consider replacing the Barrel with Skeleton Army/Gang and Princess with Dart Goblin. Also Knight for E-Barbarians, Inferno for RG. They usually get around these so you’re probably screwed 🙁

This deck gets their special section because they absolutely destroy this deck 😐 Knight on Prince(he can’t be charging so Zap him) and Miner on Dark Prince. If they are paired together then GG.

Conclusion: I’ve done the best I could with the Skeleton Barrel; I hope someone can find out the best role for it, but right now I see it as a threatening Ice Golem.

Thanks for reading this guide, and I’ll see you until then! 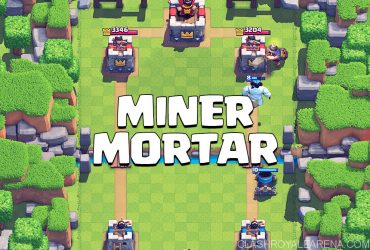 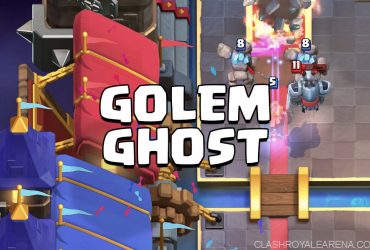 Greetings, clashers! It’s Inaros (Frisk Dreemurr in the comments, and Frisk Dreeemurr#4961 on Discord), here with the first (or is it the second?) installment of my “Frisk’s Exotic Wonders” deck …
Posting....