Hey guys, RSivak back with an awesome Miner deck I’ve been using on the ladder. It is none other than a Miner Chip/Control hybrid deck!

I recently pulled my 6th Miner from a Crown Chest and upgrading my favorite card to Level 3 made me look for a great deck to play with.

I stumbled upon this deck and thought I’d give it a try and it was able to give me a new trophy high in one day! 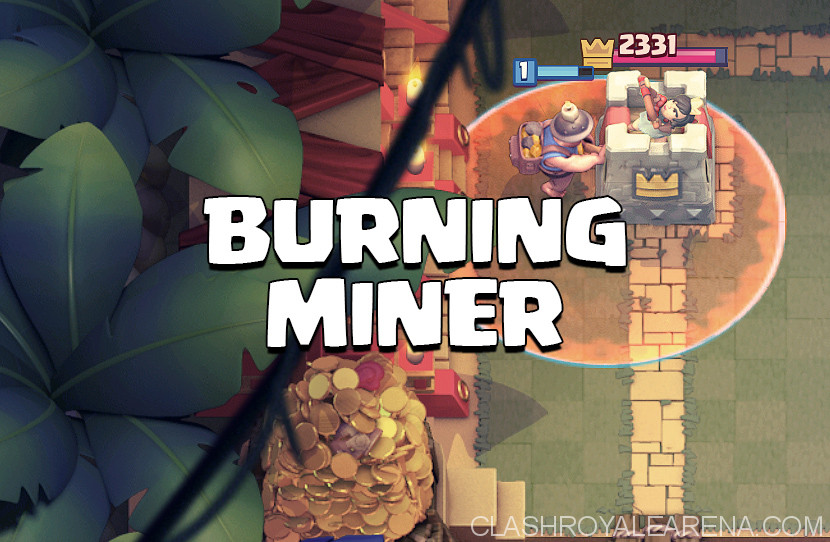 Miner: The Miner is such an amazing card as his ability to dig to any part of the arena so quickly and chip away gives him the perfect role in this deck. In a pinch he can be used on defense to knock out any support troops like the Musketeer, Witch or Wizard. Not replaceable, his role isn’t really filled well by any other card.

Electro Wizard: Your perfect defense card, his stun mechanic makes your opponents push go slower allowing more time for your defense to shred. He is such a strong card now, as he is like the Zap spell but with more versatility. Not really effective on offense, but after defending as he heads toward the tower, consider dropping a Miner at the tower to tank for him. Take a look at here to read more about him!

Poison: Miner + Poison is just so strong right now, with all the spell bait decks around, you can easily gain tons of elixir advantages when you Miner Poison a tower, as long as they drop something worth Poisoning. Rule of thumb is something more than 3 elixir, that would lose more than ¾ of its health in the poison. I’ll give a couple of great trades down in the Tips section.

The Log: Even with the recent nerf, The Log is still a strong counter as it outperforms Zap on ground swarm defense, killing Goblin Barrels and Princesses. If you don’t have The Log, sub in Arrows, or Zap. If you have Electro Wizard, then use Arrows, as it will give better defense overall, but if you don’t have Electro Wizard then Zap will be the best replacement for The Log.

Inferno Tower: Your perfect defense building, shreds through all the beatdown decks that have been around lately. It’s great because it can shut down shut a wide range of cards like Giant, Golem, Balloon, Lavahound. It should be used only when needed as it is the most expensive card in the deck, and can be punishing if you misuse it.

Knight: I hardly ever used this card, but the Knight is actually pretty strong, it’s a great mini tank with pretty decent damage and it comes at 3 Elixir. Whenever I deal with a beatdown push, I like to drop the Knight off at the support troops to tank for the Inferno while it shreds the tank, this gives your Inferno more lifetime which severely limits any push they can make giving you more time go on the attack.

Minions: Secondary air defense and usually used to attack in tandem with the Miner, Miner at the tower and Minions at the bridge is a deadly combo if ignored. Cheap card, good against single target troops or ground only troops making it perfect on defense when air splash is out of the picture.

Ice Spirit: A cheaper version of freeze, this card is perfect for giving you a bit more time to attack or defend. If your Ice Spirit is the same level as the opponent tower then you can drop it at the bridge and then a Miner at the tower, the Ice Spirit will tank allowing your Miner to get a few extra hits which translates to a few hundred points in damage! Since Balloon can sometimes be a pain with this deck, an Ice Spirit on defense will help shut it down, in a pinch you can shut down Minion Horde with Ice Spirit and Electro Wizard Zap.

The perfect starting hand has the Miner with either the Ice Spirit or Minions, just make a small push with the Miner, to probe how they defend, and try not to overextend so early on, so a Miner Minion, or a Miner Ice Spirit push is the best bet.

Defend pushes with Knight, Electro Wizard and Inferno Tower and don’t be afraid to counter push with a Miner and your remaining defense.

Keeping pressure on your opponent is key, and preventing damage on your tower is just as important.

This deck is perfect in normal elixir and double elixir, it works well in both as it has the perfect average elixir cost.

More often than not your wins will be with you having whittled their tower down low without major damage done to yours, this is good because you have been playing perfect defense then.

Elite Barbarians: These guys can be just a pain if you don’t expect them with their annoying ability to shred through almost anything, Knight and Ice Spirit are a good counter if you place them in the center pulling them in the kill zone where both towers can attack. If you know your opponent uses his Elite Barbarians for offense, then consider keeping the Knight and Electro Wizard on defense.

Spell Bait: This does quite well against Spell Bait, keep The Log for the Goblin Barrel and the Electro Wizard, Knight and Poison should take care of the rest of the Bait. Remember you do lack splash units except for the Electro Wizard Spawn Zap, so make sure you get the best value from his spawn.

Hog Ridaaah: Rule of Thumb, do not place Inferno Tower to aggro the Hog Rider at the start of a match, they might be running Hog Giant and wait for you to waste the Inferno Tower only to drop a Giant in the back and form a massive push. Electro Wizard if played correctly will only let one Hog swing, so until you know they don’t run a Hog Tank deck keep your Electro Wizard for defense.

Beatdown: Always conserve your Inferno Tower until you need it! If they drop a Golem in the back, then push the other lane, with a Miner Minions push, split their attack into two lanes and this will give you an easier time to defend. Try not to drop the Inferno until the tank nears the bridge. Use the Knight to attack and tank the support troops your opponent sends, this gives your Inferno more time to heat up and melt the push.

All right guys, I hope you enjoyed this Miner guide, and may it gain you many wins on ladder and in Tournaments/Challenges! 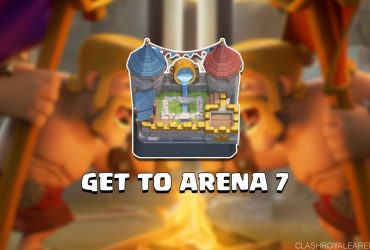 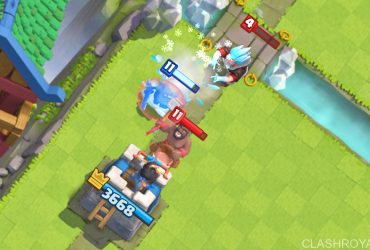 Hello everyone, benbo here, today I am bringing you a great countering Hog Deck which can easily take you to Legendary Arena once mastered. I recently got to around 3200 …