Hey guys! It’s NebulaNoodle back at it again with another deck guide. Here’s a quirky little Miner chip control deck that I want to show to you all that I just formulated on Deckshop Pro for Challenges and friendly battles and tested out, it’s basically a very fun deck to play! Sit back, relax, and enjoy my guide!

Note: I’m not too sure if anybody has made this deck or something similar before, do tell me if it’s not my creation. 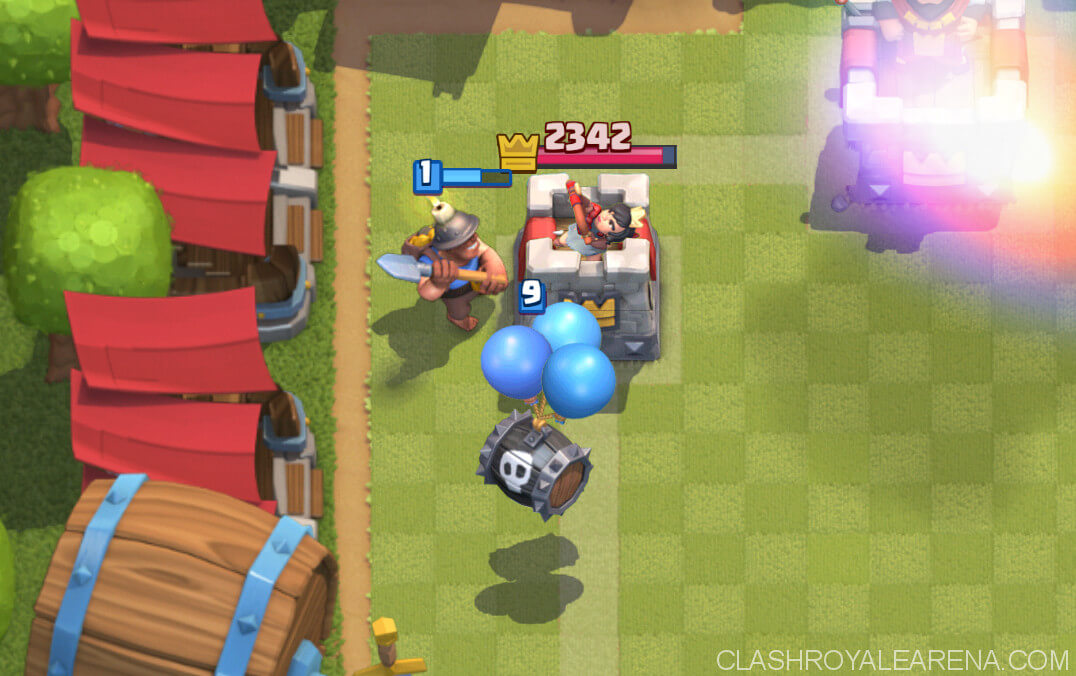 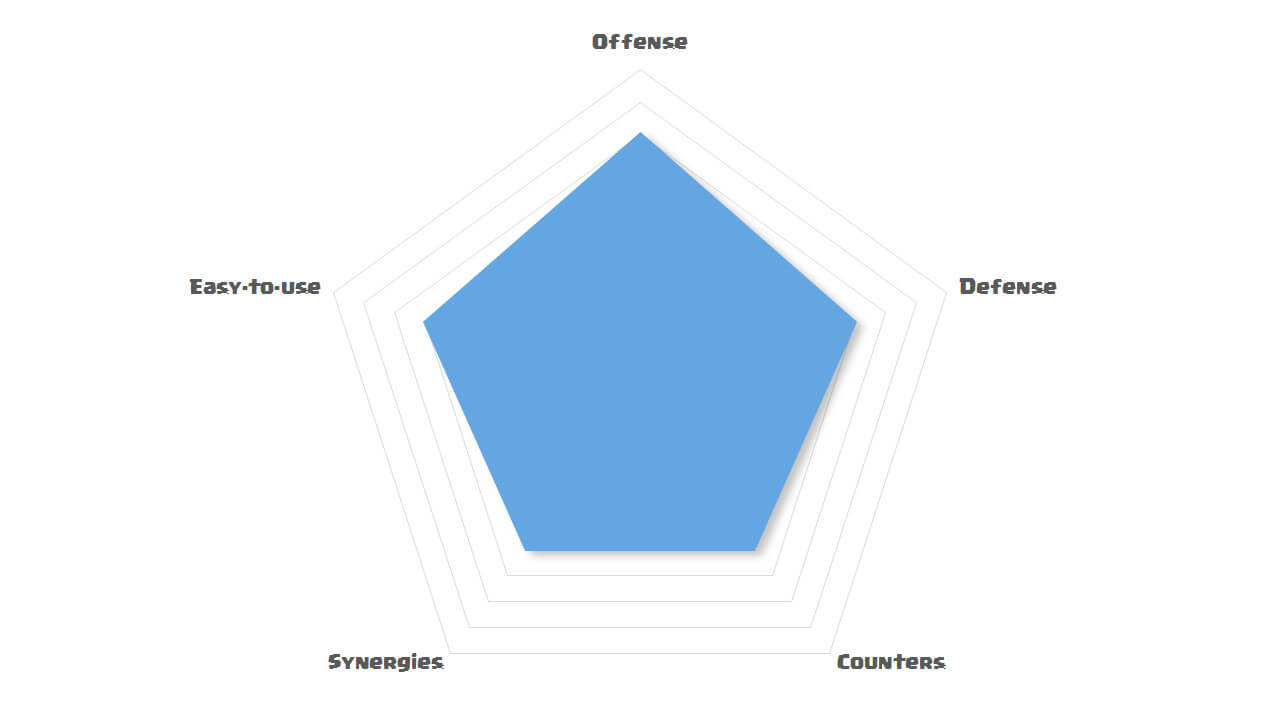 Miner is such a great card, especially for Challenges, which is what this deck is made for.

Can be used in strong counterpushes with bats, spirits, and whatnot. Great synergy with Poison and Princess, as they have a large AoE to clear pesky swarms trying to kill your Miner.

Don’t expect masses of damage each time, you have to play patiently while still keeping up the pressure.

The Princess is your helper to your Miner. She’s like a Poison, except she’s a troop.

Plop her at the bridge for a free few hundred damage!

She’s great with Ice Spirit, one of her shots+ice spirit kills a lot of small troops like goblins and minions.

With the Inferno Tower she’s especially powerful because she can clear swarms with her insane splash radius which are distracting your Inferno Tower from killing tanks.

Another spooky doot card! The great thing is that you don’t need to overlevel them.

Miner+Skeleton Barrel is a deadly combo. This is a semi win-condition, don’t just play this at the bridge and pray for damage. Bait out the spell with Princess.

Try to save them for offense.

Fire Spirits are such an amazing card, and are so versatile.

They work in miner decks, hog decks, siege decks…and if you don’t care about your spirits hitting the tower they are level-independent, just like the Ice Spirit.

If you do overlevel them so they are the same level as the opponents’ tower, 2 spirits will hit the tower dealing about 300 damage.

Anybody remember when Ice Spirit had a 2 second freeze? That was just OP for 1 elixir. Supercell noticed this and now it’s 1.5 second freeze.

Problem? I think not! Ice Spirit is still one of the best utility cards in the game and one of the most versatile.

Works very well with Poison, freezing troops so they stay in the poison radius for a longer duration.

Obviously Inferno Tower is your defensive core and your big, beefy structure in this deck of mostly very squishy cards.

Synergizes very well with Princess as I already mentioned.

This deck has a pretty solid defense considering how cheap it is. I don’t feel good playing a cycle deck without a solid, efficient tank killer! That’s why I chose the Inferno Tower!

The Inferno Tower can also be used to bait out zap, so your bats can do work on defense vs a Mega Knight or whatever.

Another great thing about Inferno Tower is that the level doesn’t matter too much, so don’t worry if you have a relatively low level inferno tower!

He is such a good card paired with Inferno Tower. Synergizes nicely with Princess, due to Princess shot+Ice Golem death damage killing Minions and Bats.

Kite away support troops so you can kill the tank!

Poison is never a misfit in a Miner deck.

The fairly large AoE kills any swarm (as well as severely damaging any glass cannons) which are attacking your Miner. It’s like these two cards were made to be together!

At tourney standard, Poison deals 600 damage to troops/buildings and 240 damage to crown towers, just FYI, so keep that in mind.

Also use Poison defensively against opposing air/ground swarms like the Princess so your Inferno Tower can do its work!

*As you can see there are a lot of good opening moves!

At the beginning of the match you will want to start off with the recommended opening moves mentioned above.

Don’t play too aggressively, this is a challenge deck and you will be slowly chipping away at the opponent’s tower over a longer period of time than a ladder match.

Don’t expect large chunks of damage in one push, instead make mini pushes with the Miner and Skeletons Barrel/Fire Spirits/Princess.

You will want to save your Spirits for defense and/or cycling.

Don’t go with Poison too early on in the match, but don’t be afraid to if your opponent pumps up, because this deck contains many fragile cards and you’re heavily relying on your Inferno Tower.

Same concept with a tank, you should go very hard on the opposite lane if you see a Golem or whatever.

Slowly chip away at the opponent’s Tower while trying to take as little damage as possible. Especially against the same type of archetype (chip control) you will want to try to take very little damage.

Around mid-game, you will want to have gotten the Tower down to maybe a little more or around half health.

Now you should start going with more Miner Skeleton Barrel Poisons because you don’t want to not get any damage!

This deck is a little short on offense so you should try to just cycle, cycle, cycle to the combo, getting around 300-400 damage each time.

You can try using Skeleton Barrel at the bridge when your opponent overcommits.

Remember your deck is very cheap, so you should be outcycling most decks, which is good because once you know their Miner counter you can outcycle them and they’ll be forced to use a less than optimal card and you’ll be getting more damage.

When they use that less than optimal card they sort of wasted that card so you should be taking advantage of that and place down a card which you know would usually be countered by the card.

Keep defending, but you have to know when it is time to let your Tower go.

Don’t waste Elixir desperately trying to defend a massive push, go all in on another Tower. Chances are the opponent won’t have much Elixir to defend your quick push.

In the late-game/OT, keep the pressure on.

Don’t overcommit because if you don’t have Elixir to defend a big push you’re pretty much screwed!

Always save at least 5 Elixir to defend, because that’s how much an Inferno Tower costs.

You might be thinking, there’s no small spell in this deck to finish off a Tower!

Well, you have Miner which is good enough, as well as Poison which deals a hefty amount of chip damage to a Tower by itself.

This is gonna be a toughie, but don’t give up! Try to get 2 Inferno Towers on the field because this deck cycles like a beast. It’s hard for them to get Lightning value as you have a lot of squishy troops. Don’t let them gain an Elixir advantage or else you’re…yeah…pretty much toast. This deck relies on having Elixir to defend while attacking with small pushes.

Like Golem, except Giant has less health so you shouldn’t need to commit as much Elixir on defense and you’ll have an Elixir advantage to punish hard.

Inferno Tower screws over P.E.K.K.A, and you have so many small defensive troops that you can cycle back so quickly to. Bats will work very well on back-end support troops. Watch out for Executioner though. Might need to use Skellie Barrel on defense to distract.

Inferno Toweerr!! And if they have Furnace make sure you have a Princess splashing onto those spirits and the Furnace. Lovely.

Don’t worry about keeping up with the cycle, because you will. Focus on getting more damage, because they will probably be getting damage the same speed as you.

Don’t even try! This deck doesn’t have a reliable Graveyard defense and the splash troops (Baby D, Exe, Bowler) will just completely wreck all your tiny troops. Princess will probably get killed by Poison so don’t rely on her. It’s just honestly unfair. Overall just a big fat pain in the a$$ if you face Splashnado.

Poison works very well. Not many people use Heal but be prepared if they do! If they do Heal, cycle back to another Poison quickly, chances are they haven’t cycled to their Heal. Poison their pumps as well, don’t give them Elixir advantages! Bats work nicely vs Ram. Most 3M decks don’t have a medium/large spell so that should be good for you, hold them to a draw if you need to.

If they have small units distracting your Inferno Tower, just put Princess! It’ll be very hard for them to get damage, they might have to resort to Fireball/Rocket cycling. In that case pressure hard with Miner. Their Cannon/Tesla won’t help.

Inferno Tower! Princess will shine against Minions/Bats on their attack. Bats will also help nicely. Make sure the opponent can’t Lightning the IT and Princess. The Lightning got a radius nerf so that’s good for you.

Inferno Tower works nicely, but watch out for things like Giant or Balloon as well supporting/getting supported by the MK. Skeleton Barrel again to distract.

This isn’t too hard, as you have Princess. Just plop her on the opposite lane and watch her kill all the swarms! Try to take minimal damage from the Barrel. Watch your Tower, make sure it doesn’t get to Rocket cycle range!

That’s all guys, hope you enjoyed this crazy 1800 word long deck guide! Give this Miner deck a shot. Stay tuned for more guides from me. But that’s another time! See y’all later, adios from NebulaNoodle!