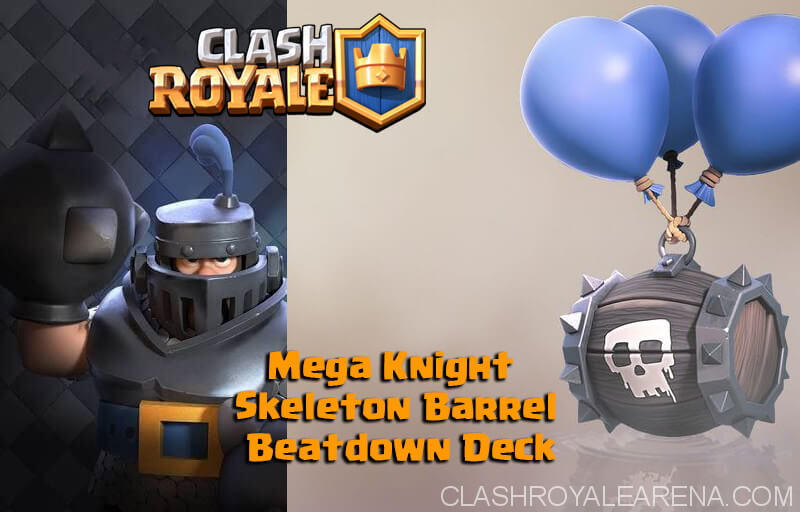 Hi guys, it’s $wag Money, here with another deck that I have found success with. It’s been a while but since it’s Christmas break I decided to take the time to write a guide for a popular deck that’s been having success from pro players and myself alike.

The deck consists of 4 Legendaries including the Royal Ghost, which may be a steep investment for some players, so I have provided some replacements for some of them if needed.

The strong point of this deck I discovered, however, is not how strong offensively it is, rather, it’s ability to deal with all sorts of threats and decks of all kinds. The versatility of the cards used are the key points of the deck, removing weaknesses to any one kind of deck, making it strong in Ladder and Challenges where you do not know the type of deck your enemy is running.

Mega Knight: Replacements – Should not be replaced, Giant and PEKKA are similar but are not recommended. 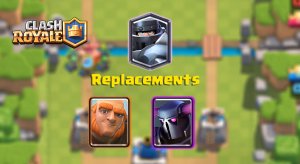 Mega Knight is the big tank to this deck and has been and still is a strong card in the game. Not only does it have considerable bulk, but his jump attack also deals considerable damage to enemy units and structures.

However, the most important feature is his spawn damage, dealing the same damage as his jump attack, roughly around Fireball damage. This allows him to be a monster in defending; placing him down in the middle of an enemy push to wipe them out, then your enemy has to deal with a powerful threat marching down their lane.

I was able to snag myself a Royal Ghost during the challenge, and he is one of my favorite cards thanks to his unique ability. The power to turn invisible allows him to negate the advantage ranged units have and allows him to avoid detection from flying enemies as well, making him hard to counter. Thanks to his splash damage, his only hard counters would be mini-tanks that can attract his attention.

Royal Ghost is a supportive troop in your pushes and counterpushes, aiding your other cards as he takes out defenses, and if ignored will also take a hefty toll on enemies. Use him as a response to ranged units like Electro Wizard or Musketeer, and also Royal Ghost is a great counter to Furnace and Goblin Hut.

Miner also holds another strong unique ability, the ability to be spawned anywhere on the map. He is great for chipping enemy towers, destroying Elixir Pumps, and also taking out defensive troops while the tower is locked onto your Mega Knight. In addition, he can be used as a mini-tank for Skeleton Barrel and Inferno Dragon, making him a priceless addition to this deck.

The last card of our four legendaries, Inferno Dragon holds his spot in this deck as our tank destroyer, taking out anything from Giants to Golems alike. After defending he can also transition into a powerful counterpush, forcing your enemies to scramble for counters unless they wish to see a tower burned to the ground.

Poison provides zone control with damage over time in an area. Helpful in your pushes to cover with Miner, deal with defensive troops like Electro Wizard or Minions, and generally a good medium damage spell to wear enemies down. Poison is better offensively thanks to the zone control, but worse off defensively due to lacking the instantaneous damage that Fireball gives. As such Poison should only be used defensively on Graveyards, Minion Hordes, or when you are lacking other counters such as Mega Knight, Zap, or Skeleton Barrel.

Skeleton Barrel is another one of my favorite cards, thanks to the strong versatility it offers. On offense, the swarm of Skeletons can easily shred a tower when tanked by a Miner or Mega Knight, on defense, it offers as a great distraction to flying units such as Mega Minion or Inferno Dragon, then dropping the Skeletons as extra defense. Because it only targets buildings it can even kite flying units away, like Ice Golem. The Death Damage added allows it to chip more and also help kill Bats, a common counter, and also put Minions into Zap range.

A strong, cheap defensive card that deals with a multitude of threats. Use them as distractions to powerful troops like Musketeer or Inferno Dragon, or use them to take out mini-tanks as they march down lane. They are also a quick response to Hog Rider or Miner, and are potent on offensive counterpushing with Miner. In addition, they can also be placed at the river to help serve as distracting units to enemy Inferno Towers when Mega Knight is active.

Still a generally useful card for all situations. Swarm control or resets, great response to anything. No detailed explanation needed.

The general method of playing this deck is first defending, then counterpush, working in a similar fashion to control type decks. In the early game, it’s best not to sit on elixir as building the advantage is important. Miner, Royal Ghost, Inferno Dragon, and Skeleton Barrel are good cards to place down when sitting on elixir. Focus on defending enemy threats then supporting your own troops to counter push.

When Double Elixir rolls around, focus on building larger and larger counterpushes with as much troops and spells as you can. The primary strong point of the deck is its ability to counter a multitude of deck types, which is why the central goal is to defend and counterpush.

Spellbait: Mega Knight, Zap, Skeleton Barrel, and Royal Ghost are good for defending. Bats to take out Inferno Tower, and Miner or Poison for Princesses or offensive aggression.

Hog Rider: Mega Knight, Bats, Royal Ghost are decent counters, they won’t prevent all damage from Hog but are good for counterpushing.