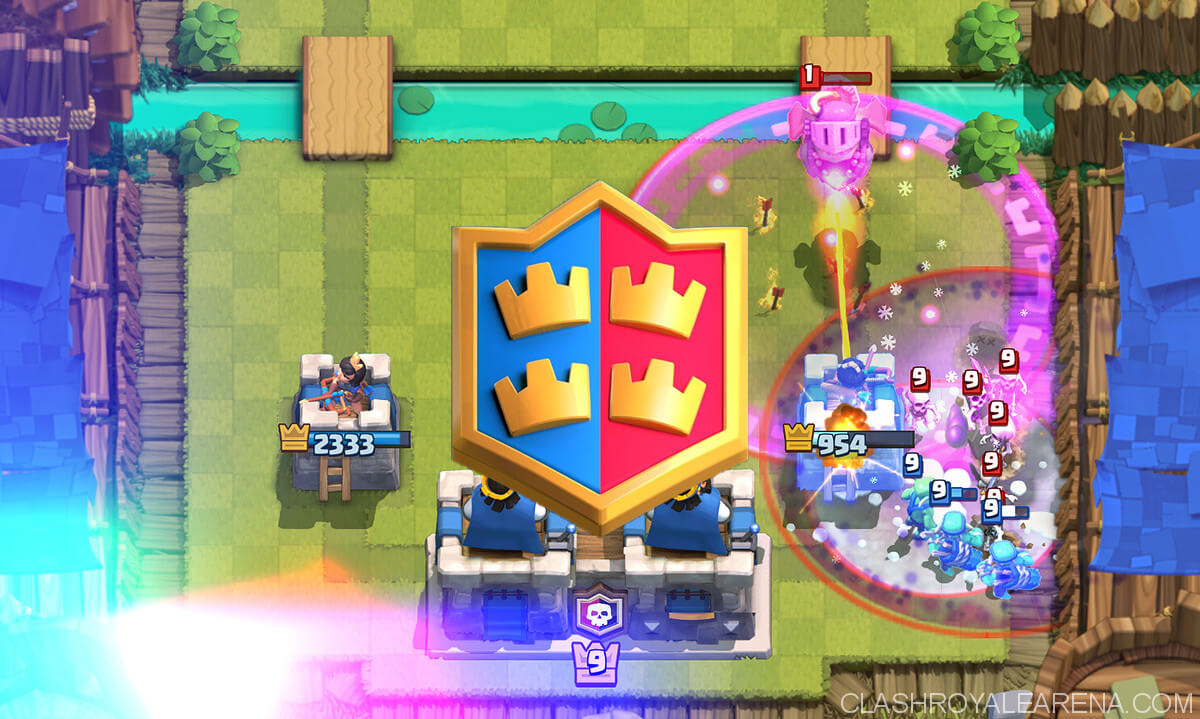 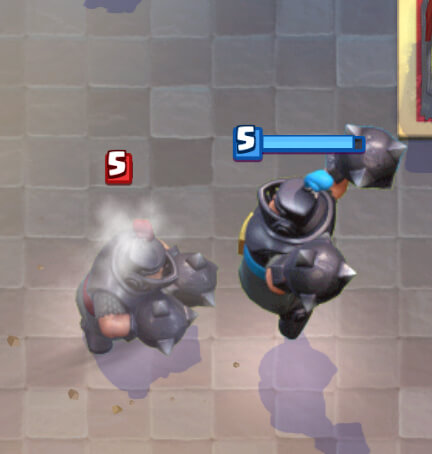 Since he targets both troops and buildings, he can be distracted pretty easily.

So, in order to deal with him, treat him as a Bandit.

Remember his splash damage tho. 1 Jump + 1 Hit are enough to kill Musketeers, Wizards etc. Which is similar to the Fireball + Zap/Log combo. So keep this in mind. Defending with Knight or Valkyrie is a lot safer than utilizing glass cannons.

Though he is easily capable of dealing a lot of damage because of how long he can stay alive, his actual DPS is very low so defensively he doesn’t really work like a P.E.K.K.A as a tank killer. Nor will he be that huge of a threat to answer.

In fact, I do not recommend using buildings in your deck at all except maybe a Collector if your is heavy. A building just creates a shortcut to the Tower for him.

Using cards like Goblins or Archers etc aren’t really that viable against Mega Knight because he has splash damage. You should treat him like a Dark Prince in this case.

Don’t play the Barbarians or Goblin Gang in front of him because he will kill them all in a few hits while tanking all of the damage.

Unlike the Dark Prince, he has over 3000 HP. You want to place the troops within his charge range in order to minimize the damage.

If you use a Knight, place him right when the Mega Knight crosses the bridge.

If you use Goblin Gang, surround Mega Knight once he crossed the bridge.

Air troops are a sure-fire way of counter but he will still be able charge to the Tower, dealing a lot of damage, somewhat like the Bandit and Cannon Card.

Mini P.E.K.K.A will be definitely the best counter in the game for the Mega Knight.

Troops which would work well with Mega Knight

For more tips on the Mega Knight, please read this guide

Sometimes, you are not lucky enough to get for your own win condition. You will need a direct damage spell then to take out the Tower. This challenge is “Double Elixir” so you will cycle back to your spell very fast. Also, since the Elixir regeneration rate is very fast, your opponent will probably drop multiple troops at once, giving you chances to get positive Elixir trades. 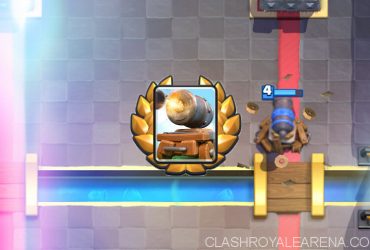 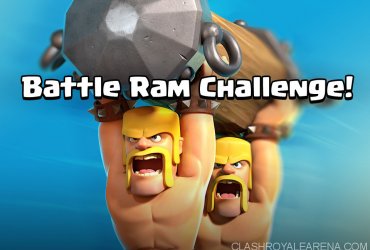 Hey guys, we are going to have a new special event tomorrow, the Battle Ram Challenge. It is always a great idea to take a heads-up of the upcoming event …