Hey guys! Its me Blaze Stone back with another guide for you all! This is my 2nd guide of the series ‘Advance Control Decks’. 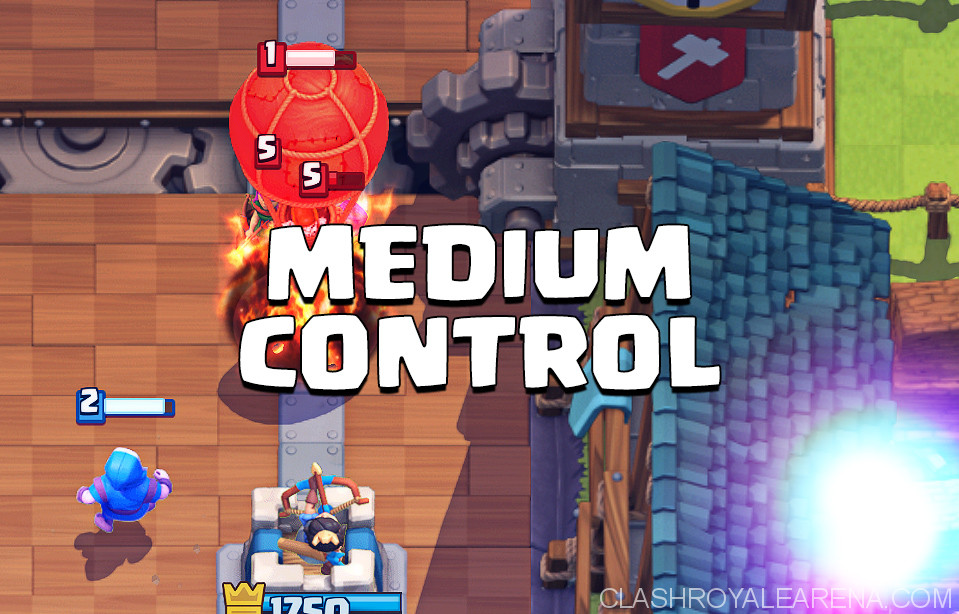 You can see my earlier guides here:

Everything You Should Know About Medium Control Decks

What is a Medium Control Deck?

A medium control deck is a control deck whose average elixir cost ranges from 3.3 elixir to 3.8 elixir which means it is a medium paced deck.

These decks are pretty versatile as they can defend against fast cycles as well slow pushes effectively as they have a balance of offense and defense and cheap and expensive troops.

Now, you won’t read this anywhere except here but this will help you understand Medium Control Decks better. Also, a big thanks to Bandit FTW to bring this point to attention to me.

He said that although his deck falls in medium speed range it is actually played like a fast deck. I actually though about this and many more decks came to my mind so that’s why I am gonna talk about this.

Also, the main reason this thing happens is because Medium speed range is transition zone between fast and slow decks.

So you actually get lot of difference between a 3.3 elixir deck and a 3.8 elixir deck even though they fall in the same speed range.

As Medium decks have a balance between offense and defense, the tactic it follows is also a mixture of these two tactics and it is called ‘Counter-pushing’. Surprising eh? Counter-pushing means successfully defend the opponents push by gaining a bit of elixir advantage and then using the advantage to counter push with your win-condition and troops left on defense. This is the main tactic of medium control decks.

What is the general game plan?

The general game plan should be heavily based on counter pushing!

Start your games slow with sending lone win condition to scout his counter or make passive plays like placing Musketeer behind king tower.

Play defensive in the first 2 minutes and do weak counter pushes to keep on offense and pressure.

In the double elixir time, go on the offensive mode and counter push aggressively by using troops left on defense as well as new troops and spells dealing as much damage as you can.

Finally, in OT shift to ultimate defensive mode and use spell cycle to win.

What win conditions should be used?

Miner: The ultimate counter pusher. Decent HP and ability to pop anywhere makes him best for such decks.

Hog Rider: The most versatile hog comes here as well. High Damage, decent HP and good speed and cheap cost makes him great in such decks.

Battle Ram: This card was underrated when released, suddenly rose in popularity and now disappeared again. This card is pretty good counter pusher as it can tank hits and destroy any buildings.

Graveyard: This card when played right is so OP. If not countered properly, it can devastate a tower.

P.E.K.K.A.: P.E.K.K.A. in control decks is treated more like a tank and defensive card while the win condition is actually Miner, Hog or Battle Ram. People focus more to defend P.E.K.K.A. while the actual damage is dealt by the other win condition.

3 Musketeers: 3M in control decks are used to apply pressure on both lanes while the player actually focuses on attack on one lane. 3M split in the ratio 1:2 so on the lane with 2M they drop a mini tank. This is not a proper push but is vary powerful way to apply pressure. And the actually push is on the other lane with 1M with the win-condition(Miner, Hog or ram) and a swarm cards. So the player doesn’t really concentrate on 2M but on the 1M. The opponent has to defend both of them but mostly uses his spells on 2M while using a cheap and less-effective defense on the 1M. This enable the 1M push to cross the defense and damage.

This speed range has a lot of variety so giving a slot method isn’t possible so I will be sharing examples.

I posted a guide for this deck before at here.

I also have a small guide on this deck. You can take a look at here for more details!

I hope these decks will give you the basic idea of making Medium Control Decks.

Thats all folks! Hope you guys liked this guide and I will be glad if it helped you. Be ready for the next and final guide of this series ‘Slow Control Decks’. Ask me about anything in the comments section below. 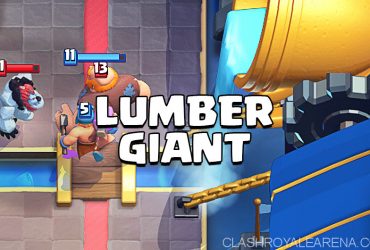 Hey guys, RSivak here. Back with an awesome Challenge deck to get you 12 Wins consistently! This Lumberjack Giant deck has been absolutely killing it and I couldn’t wait to … 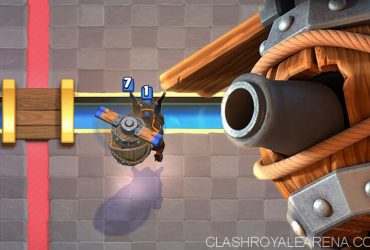 Howdy, Clashers! This is Frisk Dreemurr, coming back to guide writing with a brand new, Frisk-style  Lava Flying Machine deck! The creation of this deck doesn’t really date too far …