Hey guys, RSivak here. Back with an awesome Challenge deck to get you 12 Wins consistently! This Lumberjack Giant deck has been absolutely killing it and I couldn’t wait to share it with you guys! 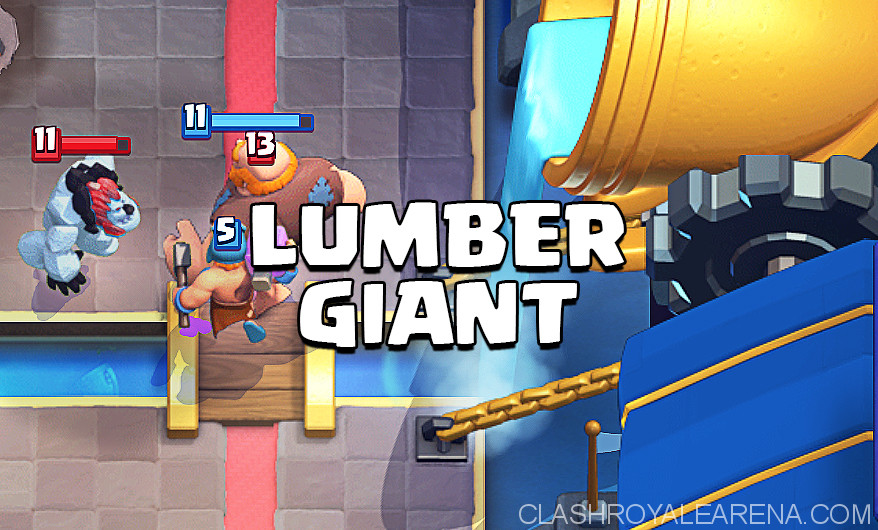 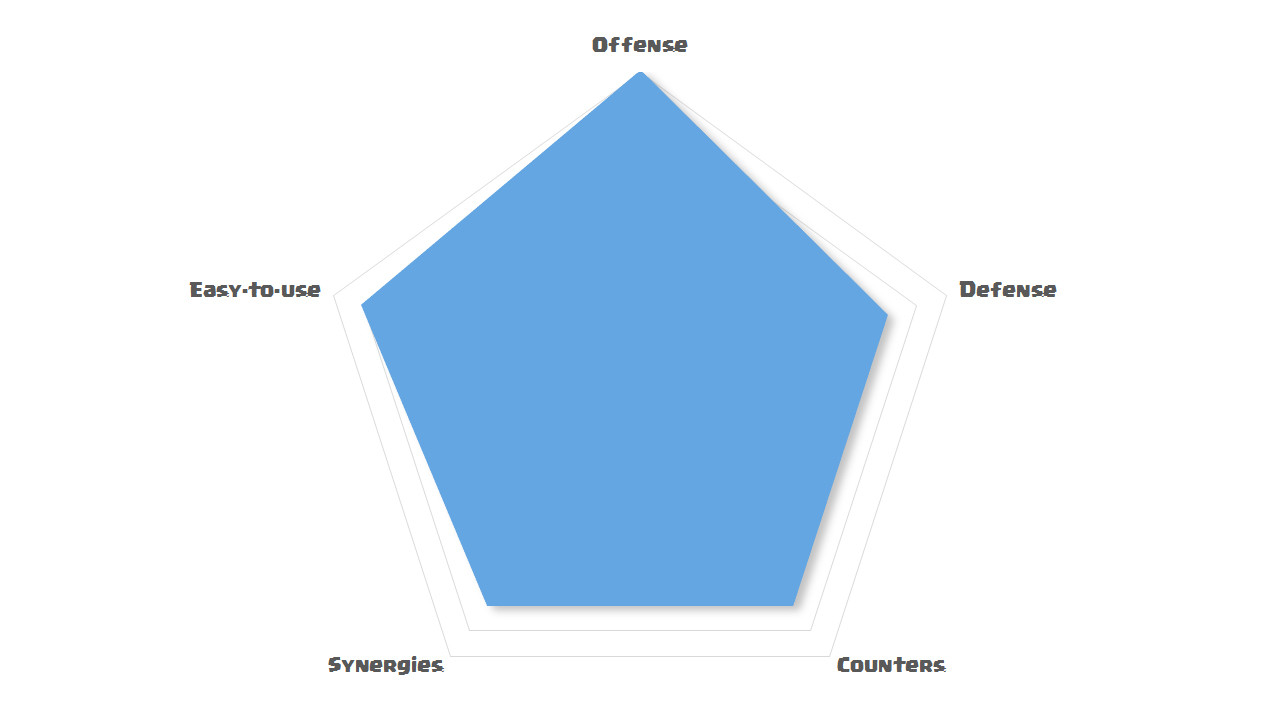 Lumberjack: Really, just the core of this deck, he hits hard and he hits fast, making him the best pick for defense and offense, and his Rage when he dies just adds to the amount of damage you can do. Play him in perfectly behind the Giant so he doesn’t rush ahead, this gives you insane value as the Lumberjack will be able to easily 1 v 1 almost any troop as the Giant tanks most of the damage and he can dish out thousands of damage in a few seconds. Pairing him with the Baby Dragon, Minions or Electro Wizard gives him even more versatility.

Goblin Gang: Perfect defense card, dishes out high damage and when in tandem with the Lumberjack they can completely shut down any tank in a matter of seconds, Goblin Gang is just such a useful card because of its rarity and ability to hit air which in my opinion makes it a better choice than Skeleton Army. Also the plain Goblins will survive a same level Zap.

Electro Wizard: Your secondary defense card. The Electro Wizard will Zap and stun any card from a distance and deal damage while slowing down an enemy push. Pair him with the Giant and never fear another Inferno Tower as he will keep the Inferno from fulling charging. Perfect against air troops as he will easily fry them out of the sky. If you don’t have the Electro Wizard, then use a Musketeer. She is the best replacement.

The Log: The Log is an awesome card for wiping out small swarms of ground troops and can easily counter any swarms that the enemy placed down to counter your push. Not much to say, The Log is just such a strong card and very easy to use. If you don’t have him then use Arrows, the best replacement.

Giant: Your primary tank in this deck. The Giant is perfect in his role for pushing down enemy towers. Costs one more elixir than a Hog, but his slow movement along with his larger amounts of health make him an absolute menace. Start him off in the back for any push, and slowly add the support cards as he lumbers toward the bridge.

Lightning: Lightning is perfect in this deck for two reasons. The immense value it can give and the ability it has to perfectly counter any Inferno Towers. Hits three different troops for 864 damage each and 300+ damage onto any tower. It shuts down Witches, Wizards, Musketeers, Elixir Pumps for value. Its large radius also makes sure nothing escapes its sight. Usually I reserve the Lightning till Double Elixir since it is such a heavy spell to play and can be punishing.

Minions: Defense and offense, Minions are a strong card with massive dps and are great for air defense.Pairing them with the Lumberjack is a great defense and can turn into a strong counter attack, and when the Lumberjack dies, he gives the speedy and fast hitting Minions an even bigger boost allowing them to take down objectives with ease.

Baby Dragon: Baby Dragon is underrated. He deals good splash damage and has a pretty strong stats. He is a pretty strong mini tank, and he can be a great counter to swarms, especially Graveyard, as he can wipe out pockets of weak troops with each belch. Combining him behind the Giant and Lumberjack ensures that no swarm troops take down the Giant and Lumberjack before they reach the tower. Deals a decent amount of damage and good for soaking up damage on defense and countering Air decks with swarms.

I like to start off with a Giant in the back if I have it in my hand and support it with another troop like Lumberjack, Baby Dragon or Electro Wizard. This small push allows you to scope out what your opponent is using and what kind of counters he has to your deck.

The important thing is to never overcommit early on!

This deck really shines once you hit double elixir as you can easily get down a massive Giant push and with Lightning you can wipe out a good chunk of their defense, like Inferno Towers, Wizards and Witches, and Musketeers giving you massive gains in elixir. Then your Giant can head straight to their tower and you can watch your troops completely mow down any other defenses and take their tower.

Whenever pushing make sure your Lumberjack stays behind the Giant, he can deal hundreds of damage and in my opinion he is better at damage than just getting his Rage effect. He is the heart and soul of the deck with his versatility and insane damage output.

If you don’t have Giant in your starting hand, than an Electro Wizard in the back or a split Goblin Gang is the best choice.

If you have none of those in your hand, then a Baby Dragon in the back corner is the best start.

If you see your opponent pump up, then Lightning it. If they play 3 Musketeers, then you just have to prepare the best defense. You cannot let them Pump up as it gives them the chance to gain a massive lead and simply overwhelm you.

Once double elixir hits, you can start your game winning pushes.

Giant in the back and Lumberjack behind will push him while providing more support. Dropping Baby Dragon and Electro Wizard to provide support in splash and stuns. You can throw in a Goblin Gang in front of the Giant to distract any troops like Mini P.E.K.K.A or an enemy Lumberjack from getting too much damage on your Giant. Log any swarms away and try to make sure you get good value from the Lightning!

Once you take a tower and have left over defense troops dropping the Giant in the pocket can give you an advantage as you force your opponent to pay attention to those incoming troops while the towers target the Giant.

That’s it for this guide guys! Hope you enjoyed and I hope this deck will win you hundreds of cards in Challenges and Tournaments! Until next time!