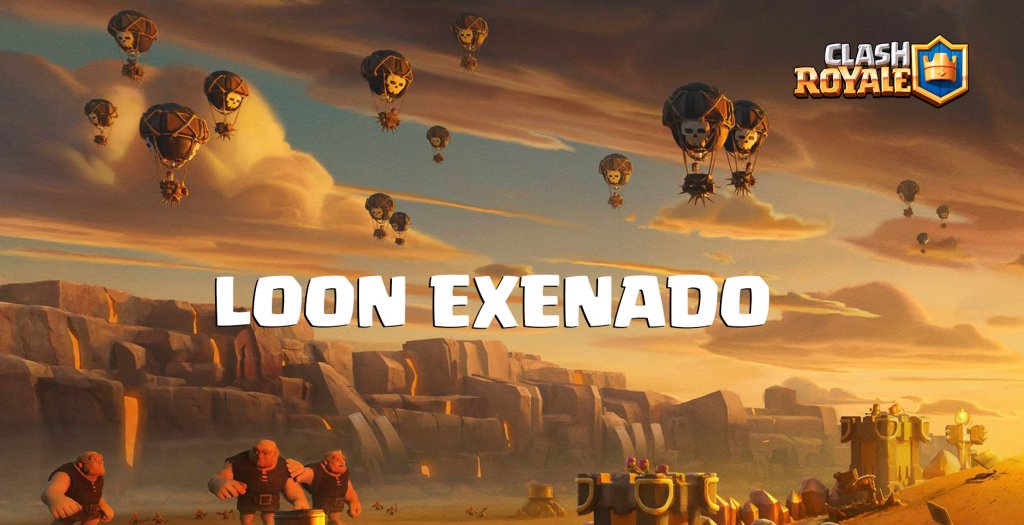 Hey, Cosmic SparX here!
This is my first guide. I am a dumb noob at CR and many more issues… Still, we are here… So without wasting any more time let’s get into the guide.

Balloon:
Your main win condition here… never send it alone… Until you know your opponent can’t counter it… Well, it is a good card for punishing your opponent. Remember a lone balloon can take a whole tower alone… if left ignored
Try to cycle it if your opponent doesn’t have good counters for it…

Knight:
An awesome card… It has high hp good damage counters most cards… And is easy to upgrade! Also, it is a good tank for your balloon

E-Wiz:
This deck doesn’t have a zap but a Moving Zap!
He is a Great at countering sparky and infernos… His stun is so great against so many cards!
Also against spell bait, this guy helps a lot!

Poison:
The perfect support spell You can pair it up with a balloon to protect it from dangers!
Most ppl seeing a balloon put minion horde there… And your poison can get them easily… also most common balloon counters like wizards (All 3) Witch and musket Barely survive poison…

Ice Spirit:
Cycling… Freezing things for a while… and getting positive elixir trades… What could you expect more for 1 elixir?

Inferno Dragon:
The main tank killer of this deck! Maybe the only one…
This is one of my favorite legends… a moving inferno tower for 1 less elixir!
Always save it up you need it the most! Always try to have it on hand!

Executioner:
This guy is a beast when paired with nado… This is the best defense of your deck!
Valk + LJ + Witch + bats Coming to ruin your tower? Drop the guy paired him with nado and done your premises are safe now… {NOW}
If you got an executioner alive after successfully defending add a knight or loon in front of him for a deadly counter push! If you got executioner on the other side of the arena and a lot of stuff trobling your balloon you might want to pair them up with a tornado to Kill them… if you do then use the nado near the tower so that you can get hits on the tower… OR you can pull them away from your loon using the tornado!

Tornado:
This spell is so great at countering so many things
Against hog users you can just make their day BADD They sent a hog? pull it to the tower (Be sure to make the right placement so that The hog can’t get a hit on the tower… ) They send a hog again this time don’t be a fool don’t pull it to the king tower instead pull it to the between of the 3 towers so that all of them can hit him!

You can use nado to activate your king tower anytime… you can pull anything but be sure it will be fruitful! Don’t pull something to your tower If:

Just defend and try to build up a few small pushes without Balloon.

Try to not lose a Tower this early on,
Try to know what counters to your balloon they are having… Also what kind of deck they are using!

Only use your balloon this early if you know that they can’t counter it by any chance! Or you are ahead by +5 elixir…

Try to make as many positive trades as you can!

And if you get a chance to pull something that is not a big threat to your king tower… don’t hesitate just remember the things told above!

Try to make some counter pushes with a loon and see what they use to counter it…
Like if they counter it using inferno tower or dragon send your loon with E-wiz
If they have minion horde send it with executioner or pair it with poison!
Just like that play smart!
Try to add a loon behind a knight going proudly towards the arena tower after successfully defending a push!

Try to get some value poisons!

Now, this is time to use more than needed to defend an upcoming push and add a loon to win!

Never go for a 3 crown win!
Rest I suppose you are smart enough… and know what to do according to the situations!

Spell bait- Not that hard save your E-wiz and use nado to pull Gob barrel to king tower… Rest it should be fine.. and don’t keep playing your loon if it always gets countered by rocket!

Hog- Easy nado is your best friend! pair it with exe to kill a huge hog push! use your loon offense most hog decks lack air defense…

Miner-  Same as hog just be more careful never leave Troops with less hp in hope to be killed by the arena tower… A miner can ruin your day!

Golem- Save the inferno drag for golem and use exenado to counter the whole push!
also, don’t let them make a huge push if they put golem then rush the other lane bad! and if in overtime nado to pull the counter to your loon behind the golem on the other lane so that your loon can get maximum hits!

Giant- Idk I am a noob I don’t get to play against Giant decks that often… you can take it same as golem… :p

pekka- Inferno… and same as golem…

Rest I don’t know I am A dawn Noob!
Hope you liked my guide Go ahead and encourage me to write more in the comments section!