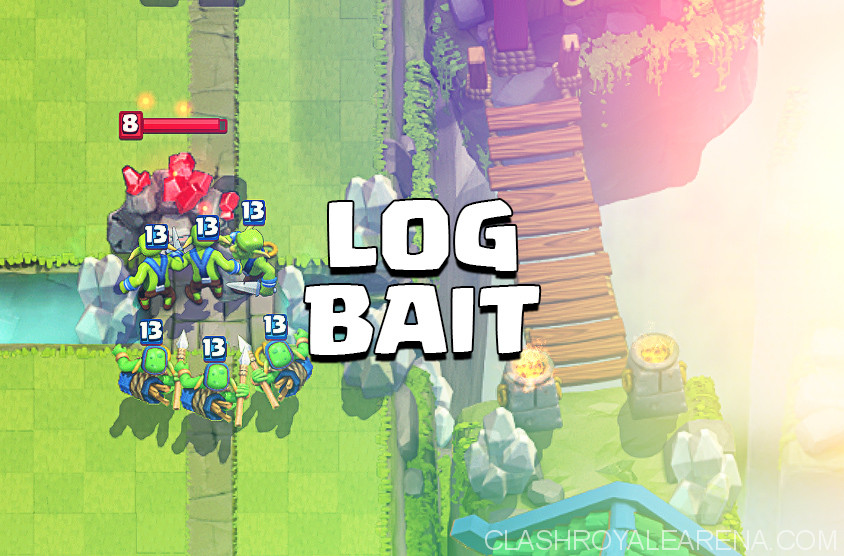 This is a Zap bait deck. It was built full of synergies, which can easily eliminate the Elite Barbarians’ counters such as Skeleton Army, Minion Horde, Witch, Knight, Barbarians, Guards etc. All of them will get steamrolled If you can play the right cards.

This deck is all about synergy and it requires very precise timing and plays.

Nothing is better than the feeling when you use Fire Spirits and a quick Zap to kill Barbarians instantly, giving your Elite Barbarians a clear way towards the enemy Tower.

In this guide, I am going to explain the roles of each card, how to use them effectively and some great tricky plays you will definitely want to try out.

One of the best cards in the game. These guys are your offensive heavy hitters. Of course they are also insane on defense.

Standard Pushes: Do standard pushes with you have the Elixir advantage.

Counterpushes: Very effective. I usually deploy Elite Barbarians at the bridge with the survived troops behind (or in front of If it is Ice Spirit).

When your opponent drops an expensive troop (or some key defensive troops) down, you can make an aggressive push on the other lane. However, It depends on some many factors:

Also, Princess is also very good at demanding a reaction. She is not weak to Ice Golem but you should watch out for The Log. However, this is a spell bait deck. At least she can bait a spell out, allowing you to defend a lot easier.

Another great way to apply the pressure is to use Goblin Barrel. Goblin Barrel baits spells super effectively, especially Zap (on the ladder, If your opponent’s Zap is overleveled), which synergies very well with the Inferno Tower. But also make sure you can defend If they ignore your Goblin Barrel.

What cards do you have in your rotation? Are they enough to defend? Also, since this deck can cycle incredibly fast, it’s great to use Prince or Elite Barbarians on defense, potentially leading into the counterpush afterwards.

In some situations, it is very effective to split your Elite Barbarians. For example, against a simple Miner push, you can defend the Miner with only one Elite Barbarian and push on the other lane with the left one. Against Bowler, make sure they surround the Bowler.

She is a super effective opening play, counterpusher, chipper, baiter and pressure play. If your opponents have overleveled Zap which is usually used to 1-hit the Princess, they are about to be punished. While using Princess to support your push, stagger both horizontally and vertically to protect her more effectively.

Princess + Ice Spirit, Princess + Zap and Princess + Fire Spirits are the best combos you should use If you want to do some chip damage with her and making your opponent panic.

She can counter Minion Horde (Ice Spirit), Barbarians (Fire Spirits), Witch, Skeleton Army, Tombstone (play your Princess on the edge so she won’t target the Skeletons).

Lane Baiting Strategy with the Princess: Once your opponent places an expensive card down, drop your Princess right at the river, on the opposite lane. If your opponent uses something more expensive to kill her, push on that lane!


But please note that a Hog down the same lane as your Princess is a pretty bad sign because there will probably be a The Log following. You should wait for The Log to come rolling before using your Skeleton Army, or use Prince/Elite Barbarians to counter it!

Ice Spirit is still one of the best troops in Clash Royale after the recent balancing update. In this deck, it serves as a combo-card, an incredibly defensive tool a chip card.

Ice Spirit + Elite Barbarians is a cheap but very effective combo. This combo can kill Ice Wizard in one strike from each elite barbarian.

Ice Spirit + Zap, Ice Spirit + Princess, Ice Spirit + Fire Spirits are the best If you want to prevent your opponent from dealing chip damage. They work great with both Miner and Princess.

This is one of the most fantastic cards in the game. I strongly recommend you take a look at here for more details!

It is not really easy to use Inferno Tower as it might seem. Place it in different placements in different situations.

This card can be used against some spawners and support troops, though that is not its best application at all. I usually use it to take out Collectors rather than the Tower (lots of my opponents misplay their Zap because of this). Sometimes, I play Goblin Barrel right on top of Mini P.E.K.K.A, Musketeer, Tombstone etc (situationally).

Mix up the placement! If your opponent has The Log and you are about to use the Goblin Barrel, toss it to the outside edge.

Sometimes, you need to outcycle your opponent’s spell by using your cheap cards.

Here are some best combos you will want to use with Zap: Ice Spirit  + Zap; Princess + Zap; Fire Spirits + Zap.

You can use Zap to win the Princess duel although this is not usually the best option.

Sometimes, it’s okay to Zap the Tombstone’s spawns as you can see here:

But, do know your opponent’s deck before making risk moves.

Barrel Zap Combo: As we all know, Fire Spirits and Skeleton Army can easily shut down a Goblin Barrel. So If your opponent keeps using either to deal with your Goblin Barrel, pre-Zap to punish them!

See ya next time with my next guide! Bye! 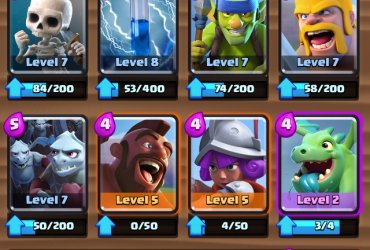 Hello guys, to day I am going to show you an impressive Arena 5 Deck which helped me push to Arena 6 (Builder’s Workshop). I know that a lot of … 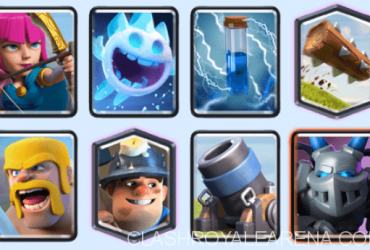 Today I want to show you a version of a Miner – Mortar bait deck (I took from surgical goblin) but it’s tough to play in the current wizard, valkyrie meta. …