Hey what is going on guys, this is RSivak back again with a great Legendary Control Deck I stumbled upon.

I lost to this deck and decided to try it out and found it to be a great control deck. 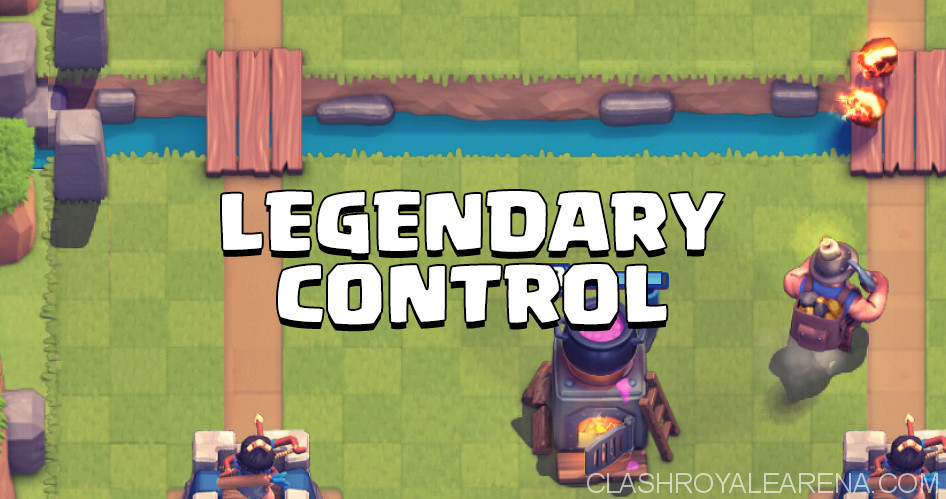 A little background on Control decks, this is a play style for those who defend the enemies pushes, while building up an elixir advantage and chipping away with that advantage. It’s a fun deck to use but not one in which players who like to be the offensive will prefer. Lets get into the cards! Bear in mind this is a Legendary heavy deck.

Miner: Your chip damage card, dealing some damage to the tower for a cheap elixir cost, use him often to whittle their tower down to zero. This card cannot be replaced. Miner will mostly land guaranteed  hits on a tower, Goblin Barrel, Knight cannot be so surefire.

Princess: Shoots flaming arrows in a circle to decimate small swarms of pesky troops, great for chipping a tower from a distance, she can deal 140 damage onto a tower per shot and can take out a weakened tower solo. Cannot be replaced, she is so versatile and her ability to stay away from the melee and deal damage gives her a huge benefit.

Log: The last legendary, and the only replaceable one. Arrows, Zap, Fire Spirits all work, but the Log is the most effective. Shoves back the push, and kills any weak or weakened troops, meant to hold off the opponent push for a couple seconds so your troops shut down the push faster.

Read the best tips for The Log at here!

Mega Minion: The Meta Minion, your air defense and Bowler smasher, this card is a must since a lot of your troops are weak to Arrows, and Zap I wouldn’t recommend switching for Minions. Great defense card and should be pretty much used only on defense, since it moves so slow it can be a bit underwhelming and easily shut down on offense.

Furnace: Strong chip damage card, I don’t think Furnace is overpowered just because it can land a hit on the tower, Goblin Hut Goblins and Barb Hut Barbs guarantee hits on the tower if undefended, so why should the Furnace be different? Anyway, the great thing about this card is it can be used even if under leved. I am using a level 7 Furnace in the 3500’s range against level 10’s and I find myself holding my own quite well with this deck. It is great at weakening the enemies push, and dealing some chip damage if you throw a Miner at the tower before it can focus on the spirits, allowing them to deal a hefty 300+ damage not counting the Miner whacking away as well!

Skeleton Army: Your strongest tank shredder, got a Hog Rider, or Elite Barbarians coming at your tower and at low elixir? Skarmy and then poof, they get cut down so fast, weak to Zap of course, so I recommend you bait the Zap, if you have an Inferno Tower down and they sending in a Giant, drop Skarmy well away from the Inferno Tower, so they Zap only one while the other takes down the tank.

Inferno Tower: The second defense building, this will cut thru Golems, Lava Hounds, Giants and Hog Riders with ease. Save it for when you need, no point in dropping it and they push with a tank after it dies. Your backup with Skarmy, make the opponent Zap only one while the other kills their push.

Fireball: Fireball has been on the rise lately, and for good reason, instant 200+ Crown tower damage for a 4 elixir cost, I like to Fireball glass cannons when they walk near the tower I am focusing on, gives we a good bit damage and weakens their push. Perfect because it is not too expensive.


Read more about Fireball at here!

This is not an offensive deck!

You want to counter the opponents push for a positive elixir trade. Then drop a Miner and Furnace for a bit of chip damage.

I like to start off with a Furnace, and then if I can drop a Miner on the tower the Fire Spirits are heading to right after, this can deal a hefty 400-500 damage if not defended against.

Another thing I like to do is when the Fire Spirits leave the Furnace, I drop a Princess at the bridge and this forces them to wait a second or two until the Fire Spirits are clear before they attack the Princess allowing her to get 2-3 shots onto the tower, of course don’t do this unless the Arena is empty of distractions for your Princess, you want damage onto their tower, not one wasted on a couple of skeletons heading the other way.

Double Elixir makes this deck stronger than ever, with the ability to get 2-3 Furnaces down, your swarm of Fire Spirits can be nightmare for your opponent to counter and with a Miner whacking away with his shovel can make an enemy desperate.

Stay calm and defend their pushes, I like to place a Furnace between the two Arena Towers and if they push with a Tank, the Inferno Tower right in front of the Furnace can be a deadly defense.

If you defend well you should have no trouble, I find myself winning games with 2000+ hp on all towers.

I find Lightning and Rockets can be troublesome until double elixir when I get so many Furnaces down that they have trouble killing them all. Giant decks can be the most troublesome of all the Beat down decks as they can get multiple Giants down with relative ease, you can usually get multiple Inferno’s down with ease as well.

That’s it guys! Hope you liked the guide and found it useful. Hope it helps you guys push further! Cheers! 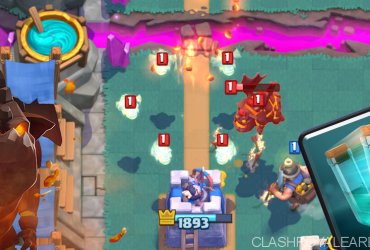 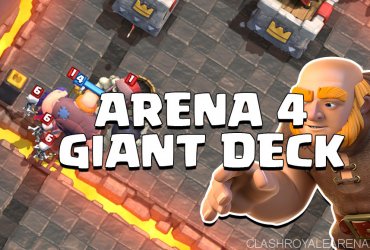 This Giant Snowball Deck is suitable for any Arena from (4-8) and requires no Legendary or Epics. I’ve been using this deck since Arena 1, interchanging cards to fit the …